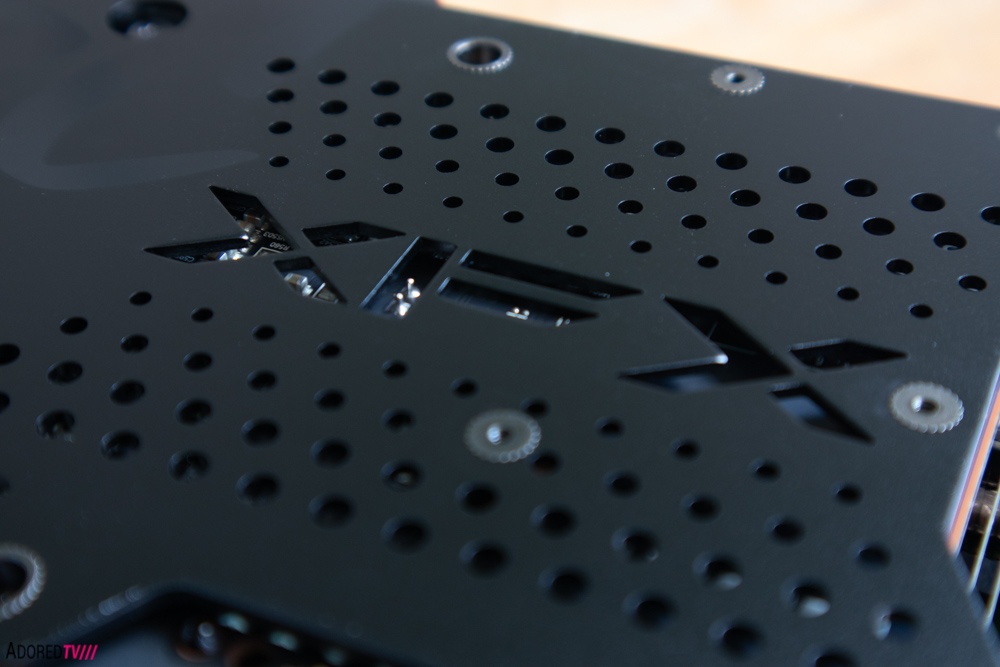 Its been quite a while since we’ve had a graphics card on the test bench, and for good reason too. 2021 has been one hell of a ride for the graphics card market with supply low, and prices and demand at an all time high. However, recently there has been some hope for a return to normalcy, and today we’re taking a look at arguably one of the most affordable graphics cards released in a long time: the XFX RX 6600 XT Speedster Merc 308.

Now, I want to be very clear from the outset: this is by no means a cheap graphics card, and under normal circumstances a ~$400 asking price for a 1080p targeting card would be a very tough sell, to say the least. However, these are not normal circumstances we’re in, and with GDDR6 prices still firmly in the “too damn high” category, it will likely be a bit longer before we see prices go back to anything approaching normal. Still, I’m gong to do my best to evaluate today’s offering as fairly as possible.

Taking a look at the above chart, we can see that XFX has increased clock speeds across the board, with base clocks raising ~11%, and game clocks getting a more modest bump of just 3%. Likewise, boost clocks are also up only slightly at 1%. For that, you get a price increase of ~11% or around $40 USD.

Of course, in 2021, MSRP is a four letter word and is treated with less respect than Rodney Dangerfield (read: none). However, one of the reasons this review has been delayed is that we wanted to monitor the situation around launch and are happy to say that the RX 6600 XT, including the MERC 308, was fairly widely available at launch, with some retailers saying it was their biggest launch this year in terms of product on shelf. Here in Chicago, the local Microcenter had at least 100 cards on launch day with the majority of which priced between $380 and $400 USD.

That said, it does seem like these cards which were priced at or near MSRP were being offered at somewhat of a promotional price for launch, and buyers should expect cards coming in stock at this point to be priced closer to $450. That’s unfortunate, but its just the reality of the market we’re in today.

Taking a look at the card itself, we can see it sports a triple-fan cooling solution with a 2.5 slot design. This may seem like overkill for a card that draws just 160W, but the 3x 80mm fans delivered a cool and relatively quiet experience during our testing. Those fans feature a 9-blade design which pushes air through the respectably sized all-aluminum heatsink which features four 6mm nickel-plated copper heat-pipes, which are connected to an large nickel-plated copper cold plate which makes contact with both the GPU and memory. Additionally, the card features an all-aluminum backplate with passthrough cooling to increase the card’s rigidity without sacrificing cooling performance.

Additionally, the card features an LED-backlit Radeon RX 6600 XT logo on the side, which is fairly subtle compared to most RGB-lighting affairs you’ll find on many premium graphics cards. I quite like it.

The card measures 10.79 inches long, 4.49 inches wide and 1.97 inches thick. Around back, it features 3x DisplayPort 1.4 ports, which feature Display Stream Compression, as well as a single HDMI 2.0 port. Powering the card is a single 8-pin PCIe connector which is connected to a 6+2 phase power delivery featuring a full digital PWM, the component break down for the power design is as follows:

The card also features a dual-BIOS switch for protecting against BIOS corruption during flashes. The default BIOS delivers 145W, which is a 15W increase over AMD’s reference specification.

All game benchmarks are taken from a 3-run average either in-game or using the title’s built-in benchmark utility. Performance is recorded using CapFrameX frame time capture and analysis tool, which is based on the open-source utility PresentMon by Intel.

For our graphics card reviews, we use a 5th-generation Ryzen-based system with components supplied by ASRock, TEAMGROUP, DEEPCOOL, MetalicGear/Phanteks, ASUS and Nixeus. Thanks to all the companies who’ve contributed to our test bench, as without them, this testing would not be possible.

Using the built-in performance tuning section of AMD’s Radeon Software, we were able to overclock the Merc 308 pretty well. We managed to achieve the following settings:

Now, its important to remember that the settings here are targets and they do not guarantee you will achieve these numbers exactly. That said, we were able to validate that these settings functioned correctly and did improve clock speeds, overall. We’ll dive in further in the next section.

Please note, for all below tests SAM (Smart Access Memory) is enabled.

We test this title during a 60-second gameplay segment on the ‘Hell on earth’ mission.

We test this title during a 60-second segment in the graveyard area of the village.

We test this game during a 60-segment gameplay segment during the car chase sequence which takes place at the end of the ‘The Rescue’ mission.

We test this title during a 60-second gameplay segment in the area with the ‘Object of Power’ which leads to you gaining the ‘Launch’ ability.

Taking a look at the above chart, we can see that our stock Merc 308 trails the 6800 XT by 35% on average at 1080, and a further 45% on average at 1440p. This is to be expected as the 6800 XT is not really intended to be used at 1080p, and will surely be bottlenecked by the CPU in some titles such as HITMAN 3 and Forza Horizon 4. However, it is at this resolution where the 6600 XT shines most as there is a significant decline in performance when increasing the resolution to 1440p, especially in titles like Control and Cyberpunk 2077. This is no doubt due to the narrow 128-bit bus-width and significantly reduced 32MB of Infinity Cache.

Still, the RX 6600 XT is fairly capable of providing more than playable framerates at 1440p, especially once the memory is overclocked to ~18Gbps, which as far as we can tell based on other reviewer’s and user’s feedback, is almost guaranteed to be achievable. With our overclocked settings, we saw an average performance uplift of 7% at 1080p and 9% at 1440p. That’s a pretty significant uplift in performance when considering how easy it was to achieve the overclock we did for this card. Of course, your mileage may vary, but I would at the very least try to overclock the memory on your card, if you have one.

The XFX RX 6600 XT Speedster Merc 308 we’ve look at in this review is a very well built graphics card with pretty great cooling and nice, clean styling. XFX also makes the Speedster Qick 308, which features the exact same specifications and board design with the only difference being the lack of chrome trim and LED backlit logo. So, that is definitely another model to look out for while shopping as you should expect the same experience with both cards, if you don’t mind the lack of flair.

As for whether or not you should buy a 6600 XT at all, well, that greatly depends. While we didn’t test any of its NVIDIA competitors in this review (we’ve not been seeded any samples, unfortunately), we do know that this card does sit right between the RTX 3060 and RTX 3060 Ti in terms of performance, trailing a bit further behind the latter than it leads the former. Now, when comparing MSRP to MSRP, you’ll be forgiven for thinking that the RX 6600 XT is a much worse value than the RTX 3060 Ti which is only $20 more, right? Well, not exactly. As you well know by now, graphics cards are very hard to come by, and when you do find one on the shelf or online, you’re going to be spending a significant increase over MSRP to snag it. The RTX 3060 Ti may have an MSRP of $399, but it is regularly listed for over $600. Likewise, the RTX 3060 easily goes for over $500. When comparing to these prices, the RX 6600 XT which seems to be more likely to be available at under $500 and closer to its original MSRP is a significantly better value in today’s market.

It is for these reasons that we happily recommend the XFX RX 6600 XT Speedster Merc 308 graphics card.