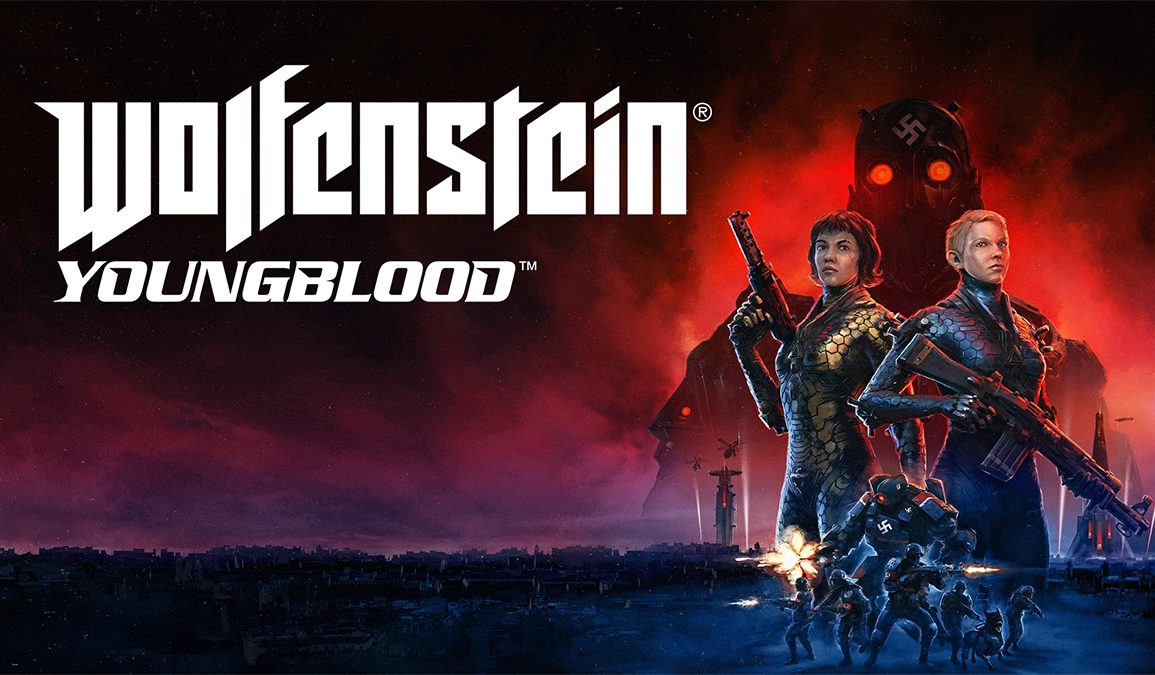 Developer MachineGame’s is back with yet another installment in the popular Wolfenstein series. This time, the company has teamed up with Arkane Studios to deliver a co-op spin-off in the form of Wolfenstein: Youngblood, which is set 20 years after The New Colossus and has players team-up as Jessica and Sophia, the daughters of series protagonist B.J. Blazkowics. Oh, and you get power armor, too.

In this report, we’ll be investigating the graphics performance of this first-person shooter with a number of modern graphics cards. Of course, as this this is a Vulkan-only title using Id Software’s brilliantly well optimized Id Tech 6 engine, we do expect performance to be quite good, but there’s no reason not to test for ourselves and find out.

Starting out with a look at the system requirements, we can see that CPU requirements are rather lite, which is expected for an Id Tech 6 title, considering they haven’t been very CPU demanding up to this point.

As for GPU requirements, they aren’t very high either, but we’ll note that the system requirements do not actually list an AMD GPU in either section. That’s a bit annoying, but to fill in those gaps for you: You’ll want an RX 570 4GB for the minimum or an RX 580 8GB for the recommended.

All performance metrics are recorded at the second level of the campaign, titled “Riverside” we test at the beginning in a 60-second run during a firefight with a number of enemies.

All game benchmarks are taken from a 3-run average. Performance is recorded using OCAT: the open-source frontend for PresentMon, which itself is an open-source capture and analytics tool which supports modern APIs such as DirectX 12 and Vulkan.

In terms of hardware we use a number of modern graphics cards from both AMD and NVIDIA. We test them using the same test system we use for reviewing graphics cards, those specifications are listed below.

Below is a list of the full range of graphics cards we used to test this title. We’d like to thank AMD, GIGABYTE, ZOTAC, and MSI for providing these cards to us both for review, and long-term evaluation which make tests like this possible.

Looking over at the top of the charts, we see that the RTX 2080 Ti is not very far ahead of the RTX 2080 SUPER, which would suggest that we’re pretty seriously CPU-bottlenecked at this resolution. That’s kind of disappointing, but it is to be expected with these higher-end cards which are tailored for 1440p, and even 4K gaming.

Below that, we have the RTX 2060 SUPER and RX 5700 XT basically neck and neck here, which is actually very impressive for the GeForce card as it showcases just how far NVIDIA has come with Turing in terms of Vulkan and Async Compute adoption. It wasn’t very long ago that the Radeon cards would be way ahead in a title like this one.

Taking a look at the lower-end of the chart, we can see that there is a fairly major fall off in performance between the RX 580 8GB and the RX 570 4GB, specifically, a 33% decrease in average frame rate. This would suggest a VRAM limitation, and in fact, we did see warnings in-game when testing with 4GB-equipped cards at these settings. We’ll investigate this further to see exactly where the limitation persists.

Moving on to 1440p, and we can see that we finally have a significant gap between the RTX 2080 Ti and the RTX 2080 SUPER. The leading card performs 14% faster here, which is about where it should be give or take.

Moving down, we see the 5700 XT does take the lead from the RTX 2060 SUPER with a 6% increase in average performance. That said, the 0.1% lows were significantly better with the GeForce card, although we didn’t notice any performance issues when testing. Still, it is an interesting result and one worth pointing out.

The RX 5700 does trail the Vega 64 LC by up to 6%, which actually speaks volumes about how much more efficient Navi is compared to Vega considering it has nearly half the CUs.

Meanwhile, the RX 5700 XT maintains its 6% lead over the RTX 2060 SUPER, this time delivering slightly better 0.1% lows as well. The RX 5700 does lose out to the Vega 64 LC by an even wider margin, this time 9%, which is definitely better for Vega, but it still sort of highlights its obsolescence.

The lower-end of the stack, the GTX 1660 Ti and RX 580 8GB can’t really seem to deliver satisfactory performance, which at this resolution is to be expected, even for a well optimized title such as this one.

Taking a look at the above chart, we can see that at 1080p, you’ll definitely want at least 6GB of VRAM if you plan on playing at any of the presets from Ultra and above. At High is where we stopped receiving VRAM limit notifications, and where we start to see performance jump above a constant 60 FPS.

I’d say High is the sweet spot for a card of this performance-class, but customizing the settings may yield even better results.

Moving on to 1440p, we can see that the higher-settings all seem to perform about the same until you get to Mein Leben! Meanwhile, Medium and and Low bring the FPS past 120 FPS and 144 FPS on average, respectively. That said, the 1% and 0.1% lows are a little strange, but performance is overall very good.

Personally, I think Uber is the sweet spot here, but your mileage may vary.

So, taking in all of those numbers, it seems that all things considered, it is fairly easy to get excellent performance out of this title, especially if you’re willing to drop to High settings for lower-end graphics cards.

That said, one thing that did surprise me, was just how much NVIDIA’s Turing has managed to catch up to Radeon in both Vulkan and Async Compute performance. When Wolfenstein II first launched in 2017; AMD enjoyed quite a lead against Pascal with its Vega and Polaris architectures. Now, in 2019 Turing is a match for even AMD’s latest architecture Navi in this title. That definitely must worry AMD as Async Compute used to be the company’s ace up its sleeve, and now it seems they’re both playing on a level field in that arena.

Overall, I’d say Wolfenstein: Youngblood does not disappoint. It offers excellent performance on a wide variety of hardware, just like its predecessors. It is worth noting that we’ve not covered DXR performance in this title yet, and that is simply because the game does not yet feature support for it. NVIDIA’s engineers are apparently still hard at work implementing ray tracing into Youngblood, and hopefully it is patched in sooner rather than later. That said, we will be sure to explore those features once they’re available in a future report.

If you’re interested in picking up a copy of Wolfenstein: Youngblood for yourself or a friend, please consider using our Humble Store referral link as it gives us a small kickback at no extra cost to you, and helps us to deliver content like this report.