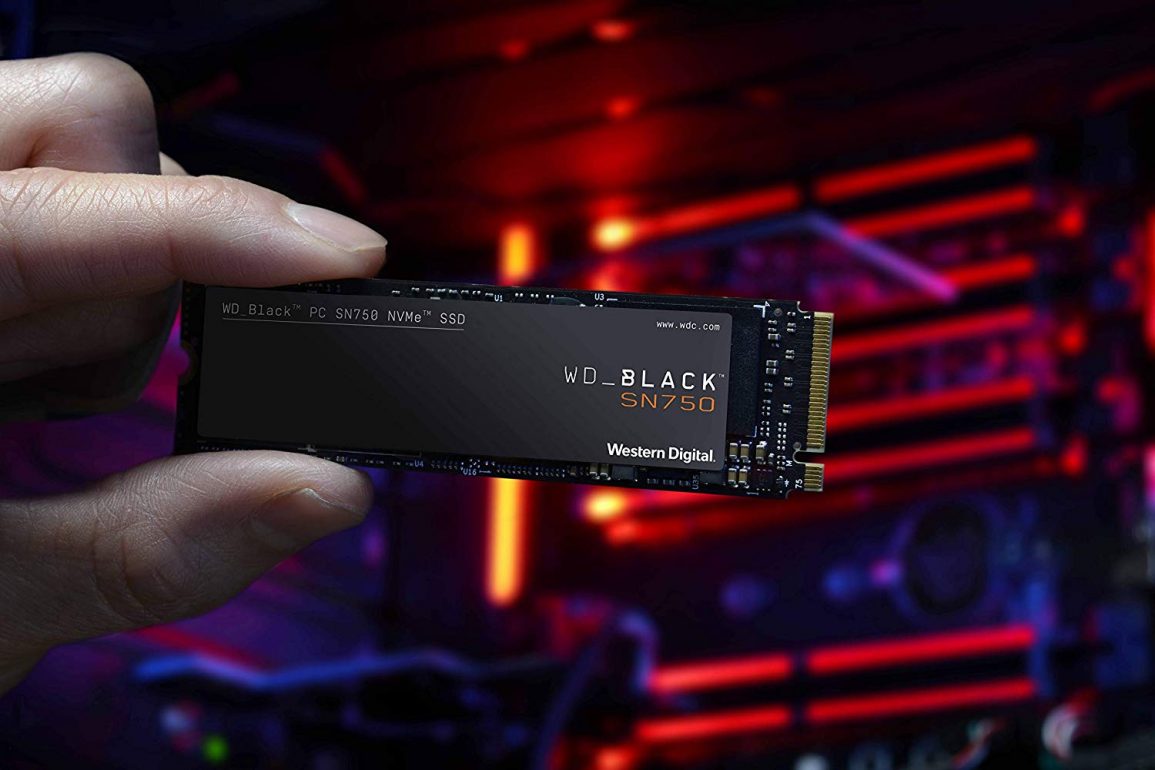 Western Digital is a name many may be familiar with, and have been around for just under 50 years. While many of those years they were developing mechanical storage rather than NAND flash they have in the past few years made acquisitions in the NAND industry to start selling SSDs which are quickly overtaking Hard drives due to speed, power draw and responsiveness.

The drive uses Western Digitals color-coded branding which once explained is pretty simple to follow. Blue for consumer performance, Green for cheaper more energy efficient drives, Red for Network Attached Storage or NAS, Purple for video camera surveillance, and Black for high performance. They currently only use Blue, Green and Black for SSDs.

As for the drive we’re reviewing today it is the WD Black SN750 which is mostly a refinement on the previous WD Black from last year. The drive uses the same Toshiba 64 layer 3D NAND an in house controller from last years model, though the big additions are a firmware update as well as a new 2TB option and a model with heatsink which will help prevent thermal throttling.

The drive is packaged in a simple box with a warranty pamphlet and some instructions as expected, though I won’t waste your time on that, since it’s fairly standard, and we also have a shot of the rear of the SSD .

While many other sites use an all Intel test bed, I personally use a AMD Ryzen system, since if there are any possible bottlenecks for AMD users they should be able to see them, and well variety is the spice of life!

The drive was actually quite toasty while testing, and if you plan on using the drive quite hard active cooling (i.e. a fan pointed at the NVMe slot) or a heatsink would be a good idea, and throttling may occur depending on if the GPU you use covers the drive.

What we see here is some solid increases in write performance compared to the last years model and absolutely crushing the lower end PCIe x2 budget Patriot Scorch drive. While its read speeds are within margin of error with the previous model the update firmware makes a slight performance bump up in writes

again we see the performance take a slight bump, around 5% in writes while reads remain within margin of error.

Here we see relatively the same performance except in specifically the 4k Q8T8 tests, which only seem to be an issue with CDM oddly enough.

Performance here seems to be relatively similar to the previous drive except in writes where it has seen a small but solid improvement for year to year storage devices.

Anvil shows neck and neck performance, which honestly may be down to the test platform we’re using which is a Ryzen CPU clocked at 4GHz.

Some inconsistencies in PCMark 8 show the older drive occasionally faster, which is one of the reasons many of us are looking forward to PCMark 10 adding storage benchmarks into their suite.

The performance gained from the non-heatsinked version compared to the previous WD Black NVMe drive is minor and for almost all users I wouldn’t recommend this as an upgrade if you are using last years Samsung 960 EVO or WD Black 2018 models. That being said this is one of the fastest drives on the market and when it is available for around $20 cheaper than the Samsung 970 Evo is a fantastic drive to add to your system.

If you want to top off a very high-end enthusiast build when you’ve already bought a high refresh rate 1440P+ monitor, a top tier CPU and RTX 2080, a higher end storage drive like this one can be the cherry on top. Though those looking for a more budget-friendly option can take a look at Western Digital’s recent WD Blue NVMe drive that has solid performance for about 30% of the cost, or if you’re feeling a bit spendy the MydigitalSSD BPX Pro.

Finally, the best-suited users for these sorts of drives are the “Prosumers” who will use this for a scratch disk when video editing, professional photographers or anyone who needs to move tons of data very quickly.

The Game mode feature is something I will be digging into in the near future, though preliminary tests in games with very long times seem promising. Other reviewers did not do a whole lot of testing with it since testing load times can be a bit of a mess, but check back in the coming weeks for an update on that.