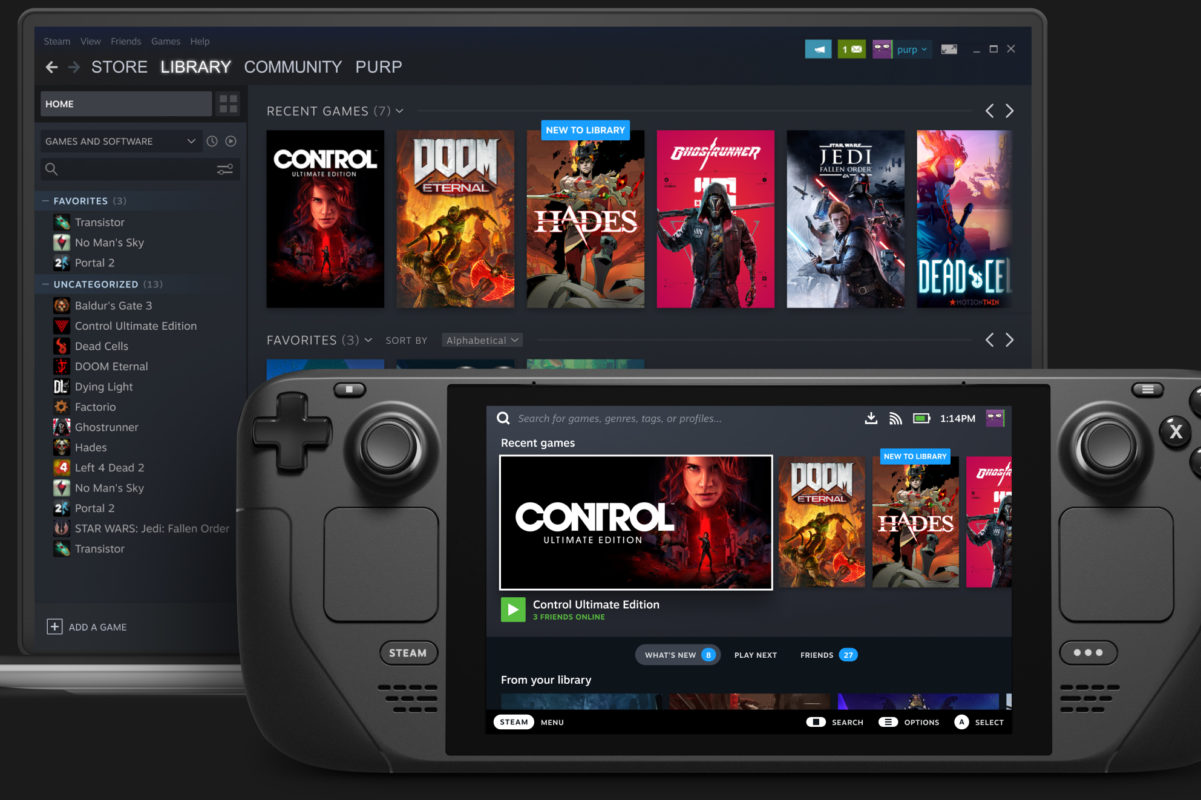 Steam, the games store for most PC gamers, has built some excellent hardware over the last decade, but this time around they made the Switch pro that Nintendo should have with the Steam deck.

The Steam deck is a portable handheld PC with a built-in controller. It also looks like this will be the first Van-Gogh-based device announced.

As per Steam decks official page, it will feature a quad core-core processor with 8 RDNA2 CUs. Theoretically, this should be 1/8th the performance of a Xbox Series X; however, with FSR (FidelityFX Super Resolution) and a low-resolution screen, this performance could very well be closer to a Xbox Series X. Since this is a 7” screen, the lower resolution should not affect the gameplay experience all that much.

Since this is an APU it made sense that Valve decided to put in LPDDR5 memory since APUs benefit in performance using the high-speed ram.

The exact specs can be found here.

Steam has taken the open approach to the OS by having its own Arch-Linux-based SteamOS 3.0. Steam allows for users to install any other OS too. This could enable it to be used as a PC on the go via USB port (USB 3.2 gen 2) that supports most outputs.

The the hardware team at valve also added thought into controls. The trackpads could also work as alternatives to the thumbsticks making alternate controls easy for someone coming from playing games on their phone.

The price point on this is remarkably close to consoles, too, with the entry-level model starting at $399, going up to $649 with the only difference being storage size and speed.

With a release date of late 2021, this could be an alternative to consoles or even to desktops as it can play many game streaming services like GeForce Now, PlayStation Now, Shadow, Stadia, Amazon Luna, or even the upcoming Xbox Game Pass Ultimate.