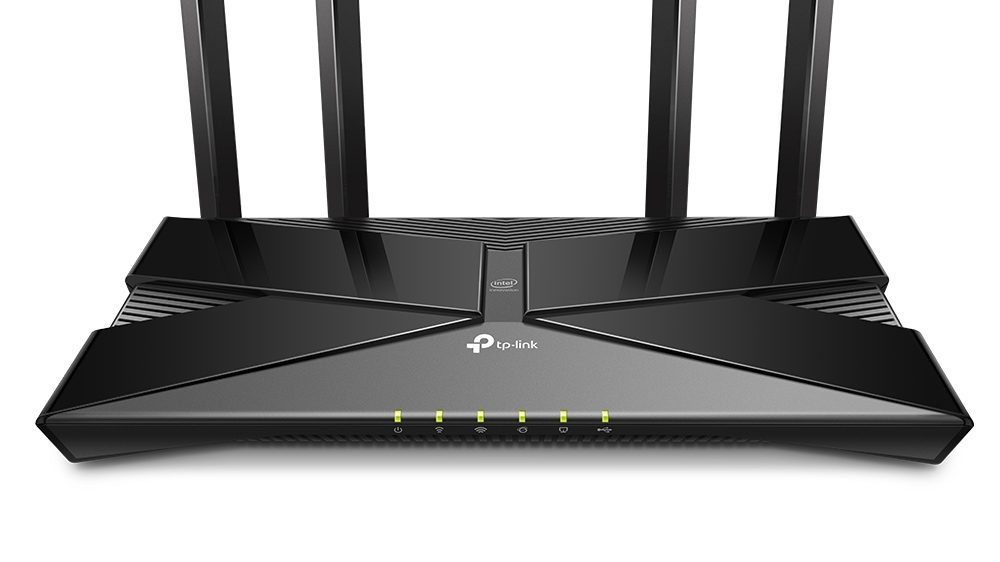 To handle the many devices in today’s households, the Archer AX50 supports OFDMA, MU-MIMO, and BSS Color, which increases its device capacity by 4 times. This technology also contibutes to providing ultra-low latency; up to a 75% reduction compared to non ODFM-compatible devices.

On the security front, TP-Link offers TP-Link HomeCare™, which offers parental controls such as content blocking and time restriction settings, built-in antivirus, and QoS options. WPA-PSK and WPA2-PSK are supported. WPA3 is on the horizon, so the Archer AX50 may be a reasonable stop-gap until WPA3 is widely supported.

There’s also a mobile app called Tether that lets you manage your Archer AX50 from any Android or iOS device. Additionally, it is compatible with Amazon Alexa, giving the ability to do things such as manage QoS, run a speed test, turn on and off the Guest network, and connect new devices with WPS.

The Archer AX50 has a USB3.0 port and a built-in media server to allow you to host videos, photos, and music to stream to devices on your network.

With the ability to push nearly 3 Gbps, TP-Link supports link-aggregation to double the connection speed to the network.

TP-Link hasn’t announced how much the Archer AX50, but with it utilizing the Intel (Lantiq) GRX350 dual-core chip, we can identify a very similar competing device in the NETGEAR Nighthawk RAX40 at $199. The Archer AX50 halves the RAM and Flash compared to the NETGEAR, so it should come in at a somewhat lower price to be a competitive offering.

You can read more on TP-Link’s product page.