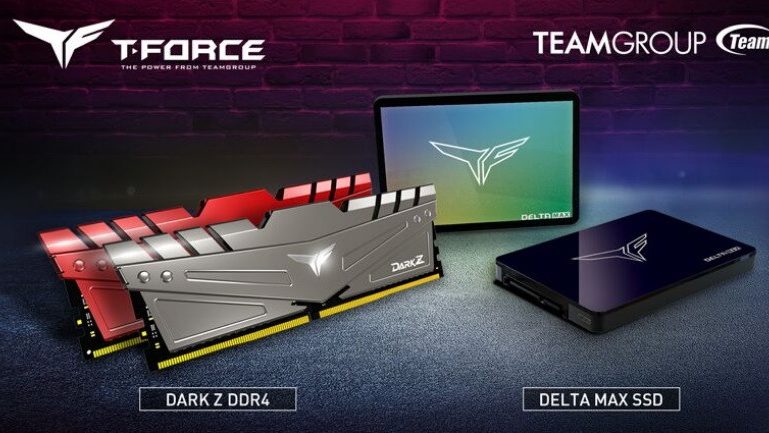 The Team Group are a memory brand that have gained some traction in the past few years with some very FLASHy products (groans – Ed). Their T-Force branding has been mostly seen with RGB memory and SSDs, using better quality NAND and IC’s than past products.

Earlier this week they announced their new T-Force DELTA MAX RGB SSD and T-Force Dark Z RAM, both should be hitting the market soon, but lets get into the memory first.

The T-Force Gaming memory has a heat-spreader which they call “armor that is designed for complete protection and enhanced heat dissipation”. They claim the design is based off an “armored knight” concept, and uses 0.8mm thick alloy aluminum with electrolytic anodizing for coloring and enhancing corrosion resistance as well as making it non-conductive.

Team also claim to use better binned IC chips for high performance and low power consumption, though frankly memory power consumption is already incredibly low to begin with. The highest speed at launch will be 3200MHz though kits in the future will be up to 3600MHz.

The latest generation of T-FORCE DELTA MAX RGB Solid State Drive has an innovative full-mirror design and like previous offerings has the largest luminous area (the part that lights up) and contains Addressable RGB LEDs as well as working with motherboard 5 3-Pin ARGB headers. It uses 3D NAND and hits the SATA bottleneck in read and write speeds so frankly not a lot to talk about here. The drive will be available at capacities of 250GB up to a future 2TB model.

Pricing has been announced for a few of the products which will be releasing in the next few weeks.