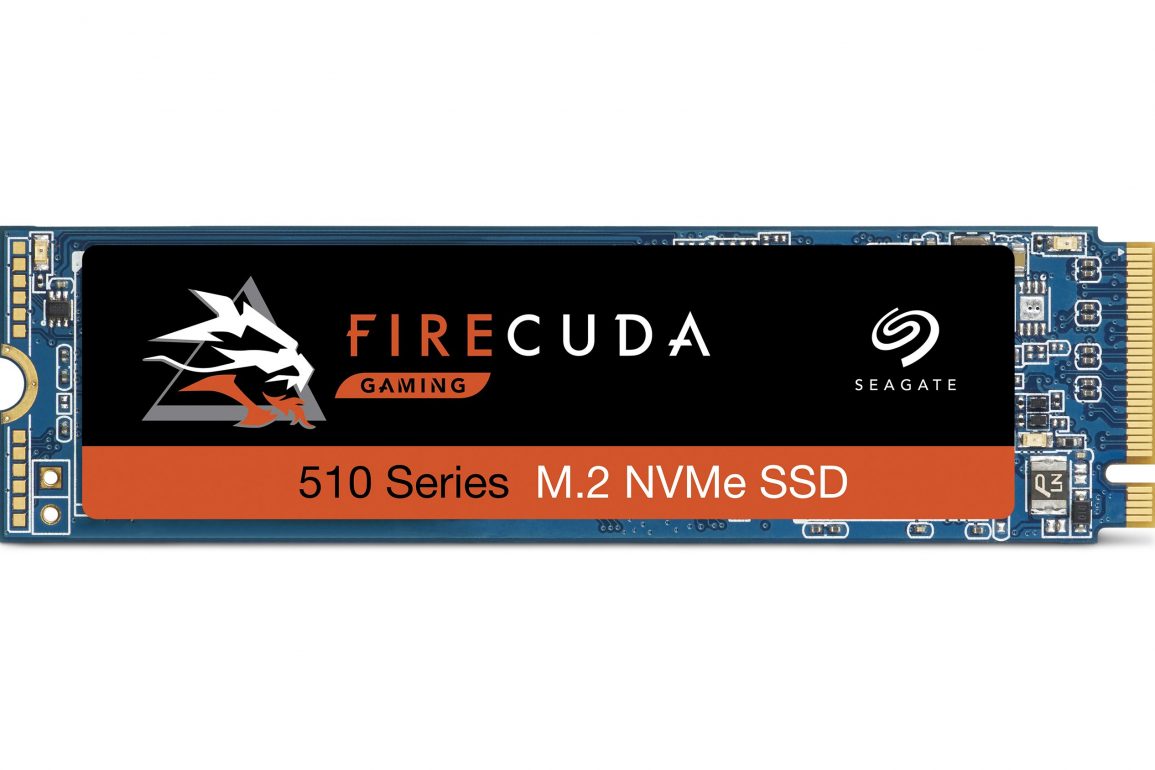 Seagate is a brand well known in storage, and the main competitor to Western Digital in the hard disk drive (HDD) space. The SSD space however is a much more complicated and has incredibly fierce competition from brands like Crucial, Samsung, ADATA, and even Western Digital. This is Seagate’s first NVMe drive and frankly, on paper, it seems like a solid offering. They have two different NVMe models, the BarraCuda 510 and the FireCuda 510, the former is the cheaper and lower capacity drives that come in 256GB and 512GB capacities and 1TB and 2TB capacities being available for the latter branding.

So, somewhat differently to Samsung and Western Digital, Seagate has decided to go to a 3rd party for their controller and NAND, using the Phison-E12 controller and the Toshiba 64-Layer BiCS TLC NAND, which is used in drives like the Corsair Force MP510 and many other mid-tier drives.

Frankly, the pricing on the BarraCuda drives could be better, with $69.99 and $109.99 for the 256 and 512GB it’s not great, though we will be reviewing a 1TB, which is also a little higher than the average $/GB we see in this tier, running at $229. Considering the 1TB Samsung EVO, 1TB WD Black, as well as the 1TB Corsair Force MP600 are cheaper. The real value here is the 2TB drive at just under $400 which is cheaper than all of those drive brands at similar capacity by anywhere from $50 to $150, though actual performance remains to be seen on that 2TB model. With that said lets get down to our testing of the 1TB version.

We’re testing all performance metrics with the drive at 50% capacity used in order to get a more realistic testing scenario. All NVMe drives are used as OS drives which also helps emulate real-world performance in our results.

Also, I would like to thank AMD for supplying us not only with the CPU and motherboard used in this review, but also the SSD we are reviewing today.

As the industry’s leading provider of high-performance storage and network connectivity products, ATTO has created a widely-accepted Disk Benchmark freeware software to help measure storage system performance. As one of the top tools utilized in the industry, Disk Benchmark identifies performance in hard drives, solid state drives, RAID arrays as well as the host connection to attached storage. Top drive manufacturers, like Hitachi, build and test every drive using the ATTO Disk Benchmark.

In the small file section we see the Firecuda getting beat out by both the BPX pro and MP600 Force, showing once again how the drive tends to perform worse with quick and small file transfers.

When we take a look at the larger files we see the Firecuda pull ahead significantly in read times though tie in writes.

CrystalDiskMark is a disk benchmark software made by a Japanese coder named Hiyohiyo and is one of the simplest and most frequently used tests for storage due to its simple and easy to understand UI. It measures sequential read/write speed, random 512KB, 4KB, 4KB (Queue Depth=32) read/write speed, and select test data (Random, 0Fill, 1Fill).

For the Sequential side we see the Seagate drive trail just barely behind the BPX Pro in reads but absolutely decimates it in writes. In the random 4K performance test, it still brings up the rear yet again. In multithreaded (QD=32), it seems like the drive does much better, inching closer to the Corsair drive and beating the BPX Pro by a significant amount.

AS SSD is the opposite of ATTO as it uses incompressible data rather than compressible data and simulates the worst possible scenario imaginable for an SSD which gives the best understanding of performance when pushing the drive to its limits.

AS SSD is one of our more strenious tests and in this case we see the Firecuda take a significant lead in writes compared ot the BPX but get beat by the higher-bandwidth PCIe 4.0 drive.

When it comes to access time, the Corsair and Seagate 510 Firecuda trade blows and leave the BPX Pro in the dust.

Finally the 4K tests shows that while the Firecuda comes in dead last against in 4K writes it ends up much closer to the MP600 Force in every other catagory.

Anvil’s Storage Utilities benchmark may be a up there in age, but it’s still very much relevant today as it is VERY taxing on the drives used. It pushes for several performance and response time metrics and gives a score in read and writes then delivers an overall rating, which is useful to see where an HDD or SSD slots in general performance and is one of the easier tests for someone to pull from.

Looking over at the Anvil results sort of tells the story of the rest of our benchmarks, the drive is about 20% faster than the BPX Pro when strained heavily and gets beaten by the MP600 partially due to a newer controller and partially due to the bandwidth cap being raised with PCIe Gen 4.

In Diskbench we do two file transfers, one a full install of the Witcher 3 I’ve kept separately and free from updates which consists of mixed file sizes and secondly a large batch of game recordings that comes up to around 200GB that should fully stress these drives out.

Here we see respectable performance in real world file transfers for the FireCuda, but it still ends up behind the MP600 by about 20%, though it basically doubles the BPX Pro in performance.

In our game test here, we use FFXIV Stormblood because it can be easily recorded and, as a standalone benchmark, it doesn’t need re-authentication on each system. The load times in this game are rather long as well.

This was our fastest drive in Stormblood, though still not sure exactly why. It could be due to the lower access times we saw in AS SSD, or perhaps some sort of secret sauce? We’ll be digging into this more in the coming weeks with more storage reviews.

Going over all the data we have so far, I can say that for users not on PCIe Gen 4 motherboards, the FireCuda did a decent job in our tests though it is rather expensive for their 1TB model, as it goes up against the Samsung 970 EVO and WD Black SN750 which are going for about $180 and $200 respectively. Seagate has dropped the price on the drive since they’ve sent it to me but its only by about $20 and is available now for $229. Frankly, at that price I cannot recommend it for most users.

I would however suggest you take a look at the 2TB model which is just under $400, which is cheaper than any of the drives in its class that I am aware of, and performs up there with the best of them. So honestly if you’re willing to lose a few percent in performance to save anywhere from $50-$100 for a very high capacity NVMe drive, this might be a good product for you. That being said, most people buy NVMe drives in 500GB to 1TB capacities so I’m not sure how many people would end up fitting the profile for it.

Seagate also includes their Seatools Software, which is pretty user friendly but sort of stacks up similarly with the rest of the software that is included with Crucial, Western Digital and Samsung SSDs.

Seagate has made a pretty good showing for their first NVMe drive and I’d like to see how their future products continue to line up.