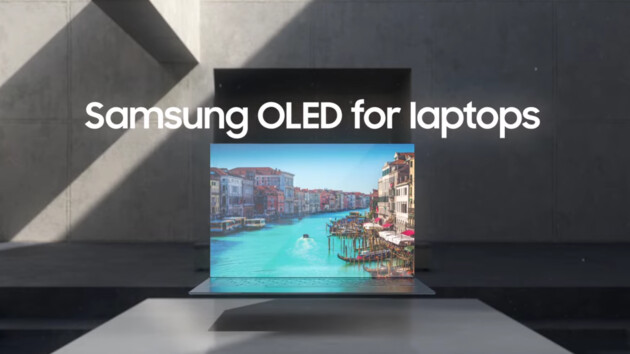 As reported earlier by computer base, Samsung will present a total of ten OLED displays for the notebook market. These new displays will be unveiled at the CES 2021. Samsung already offers OLED products in its mobile line up with the Galaxy Note & S series to name a few but will also debut these new displays in their own notebook lineup as well as partner products.

The panels will have sizes from 13.3 inch to 16-inch panels which should make an appearance later in the year.

As per the report we can be seeing products featuring a 15.6 OLED 1920 x 1080 display as early as February which could mean that we see some of these devices during CES 2021. Although Samsung is making a push here in the notebook space it would be interesting to see if the underlying issues such as screen burn in are solved and to see if these displays come into everyday notebooks or higher end business focused thin and lights.

We can see potential partners such as Asus, Dell, HP, and Lenovo who have bought into the technology as early as 2019.

We don’t know the exact refresh rate for these screens however based on the video below we can speculate that these displays aren’t focused on the gaming-notebook market. The new displays also promise 120% of the DCI-P3 coverage and deep black pixels with brightness as low as 0.0005 nits. It would be interesting to see how these matches up in terms of power usage to LCD’S however with a market shift to ARM as we covered here it should not make much of a difference to a laptops battery life.

We have seen OEMs use higher resolution displays in their flagships such as the DELL XPS 15 and some gaming brands such as RAZER & ASUS ROG so it would be interesting to see what OEMs come up with.