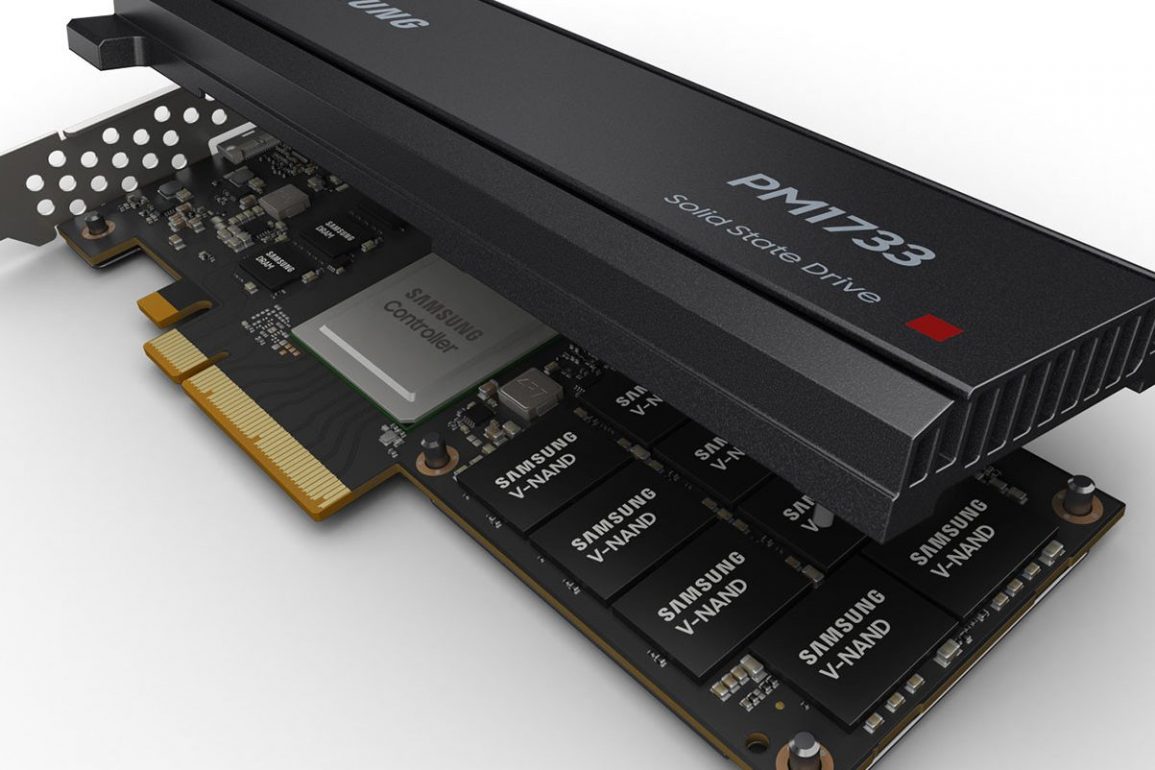 Samsung, the undisputed leader in the SSD world has announced that it will be bringing a PCIe Gen 4 SSD to market but unfortunately that drive won’t be an M.2 drive nor aimed at the consumer market.

Instead, Samsung has targeted the datacenter market with these drives and noted three innovations in the following press release:

The “Fail-in-Place” tech seems to be a rather large breakthrough as it is said to ensure the SSD will maintain normal operation even when errors occur at the chip level. Failure with NAND happens with one single chip out of hundreds or dozens. Samsung claims that “SSDs integrated with Samsung’s FIP software can detect a faulty chip, scan for any damage in data, then relocate the data into working chips. For instance, if a fault is identified in any of the 512 NAND chips inside a 30.72 TB SSD, the FIP software would automatically activate error-handling algorithms at the chip level while maintaining the drive’s high, stable performance.”

It also allows you to virtualize any SSD into up to 64 smaller drives, to provide independent workspaces for individual users, which can be a huge help for cloud storage providers. Samsung also stated that tasks like Single-Root I/O Virtualization (SR-IOV) which is typically done by the CPU can now be done by the drive itself, lowering overhead and server footprint.

Their new V-NAND machine learning is also said to help accurately predict and verify characteristics and detect variation of circuit patterns with big data analytics for reliability, since increasing speeds will create challenges in verifying data during extremely rapid voltage pulses. An SSD built with over 100-layer four-bit NAND, which requires considerably more precise cell control than three-bit NAND, is able to generate the higher levels of performance, capacity and reliability needed in server and datacenter storage systems with the machine learning software.