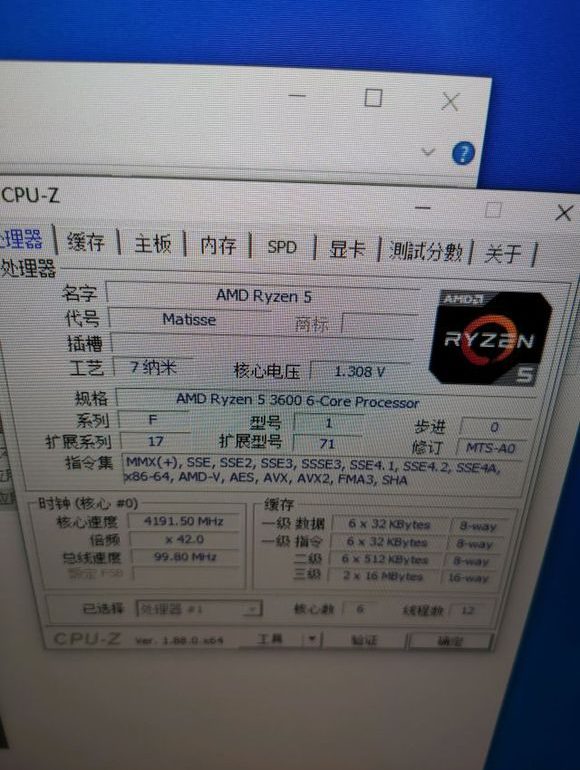 A user on the Chinese-based Baidu forums has leaked Cinebench R15 benchmarks (and some CPU Z info) of what is apparently a Ryzen 5 3600. Though this leak isn’t coming from the likes of Videocardz or Apisak, it does seem legitimate. In fact, Videocardz also leaked similar information just a few days ago, and the Baidu leak correlates very closely. It’s likely both of these leaks are accurate.

Assuming this information is all true and accurate (and it likely is), this particular 3600 is as fast as the i7-8700K in single threaded performance and faster than the i7-9700K in multithreaded performance. Now, it is hard to tell whether or not the Baidu leak’s 3600 is boosting higher than what we should expect (perhaps due to PBO or high end cooling; it’s at least not overclocked since Cinebench is reporting the stock speed of 3.6 GHz) or if Videocardz’s leak was just a poor performer, but either way we can probably expect the 3600 or the 3600X to compete with the i7 CPUs in this sort of workload. It’s hard to tell whether or not Ryzen 3000 will be this competitive in other workloads (like gaming), however, especially since Zen 2 is even better than previous Zen iterations for rendering.

With the 3600 and 3600X coming in at $200 and $250 respectively, it’s hard to see how the 8700K and 9700K at $350 and $375 respectively will be able to compete. Intel is rumored to be planning a price cut to improve the viability of their 9th generation CPUs, but since Intel is still in the midst of a shortage it doesn’t exactly make much sense for a price cut to be implemented. Ultimately, however, we do recommend waiting for benchmarks and official reviews before fully committing to a purchasing decision.