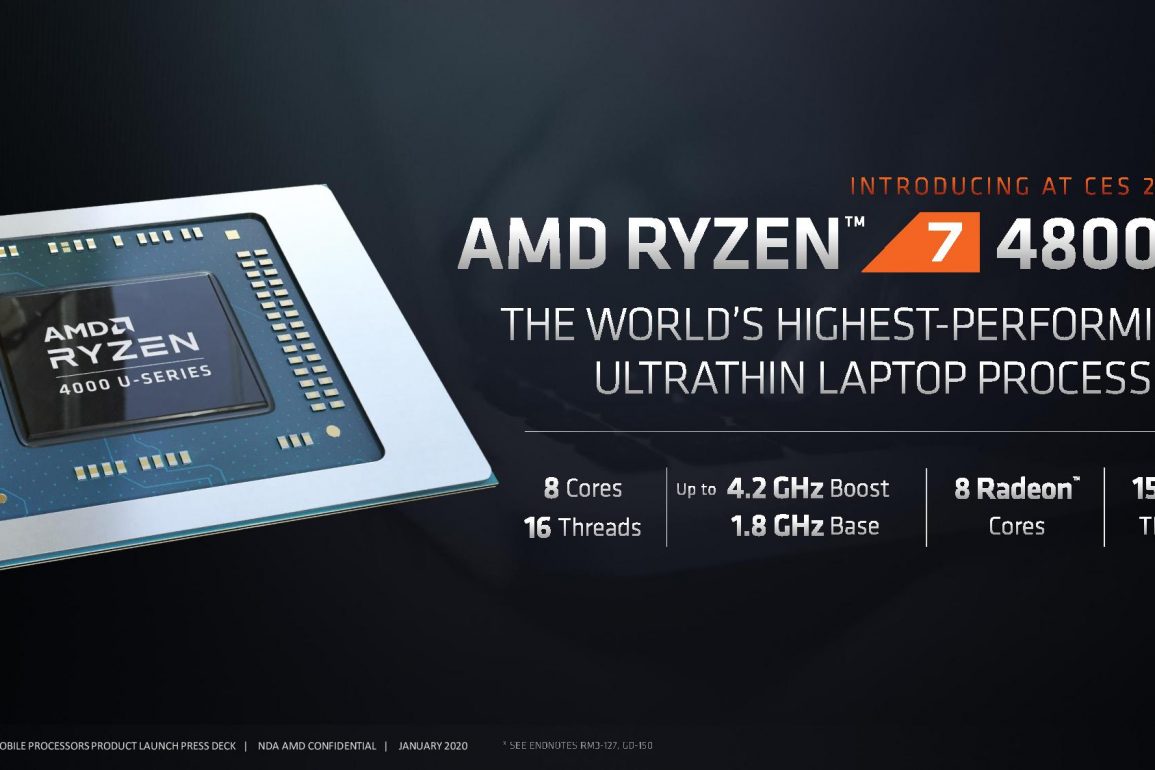 Though Renoir based Ryzen 4000 APUs have almost certainly been delayed in some way, it seems like AMD and its partners are still just barely going to hit the Q1 launch date set in January when Ryzen 4000 laptops launch tomorrow on March 30. Some helpful people on the r/LaptopDeals subreddit compiled a list of some of the laptops that are slated to launch tomorrow on Amazon. These are mid range to high end laptops featuring the 6 core 4600H and 8 core 4800H.

AMD had likely planned to launch these laptops sooner, but there has likely been insufficient manufacturing capacity due to the coronavirus outbreak, which has also caused demands for laptops to skyrocket. Whether or not these will be the only models going up tomorrow or if some other gaming and non-gaming laptops will also be available is difficult to determine at the moment. Additionally, the Zephyrus G14 (the only model to sport the 4900HS) has been spotted on Best Buy but with no release date, so this highly anticipated laptop could also be delayed even though ASUS specifically said they targeted a Q1 launch date.

While reviews aren’t out yet, leaks and napkin math suggest that Renoir based Ryzen 4000 APUs will strike a significant blow to Intel in performance, power efficiency, and price (if the leaked listings are accurate, anyways). Tiger Lake U is also coming soon, and it will likely beat AMD’s Renoir in graphics, but given that this CPU has only 4 cores, this CPU would need a substantial graphics lead in order to look appealing. Tiger Lake H with 8 cores is also on the way, but it lacks the powerful iGPU of Tiger Lake U; it is also difficult imagining that this CPU could grant Intel a victory or even a tie given 10nm’s poor performance and power efficiency. At the very least, AMD will probably enjoy a price advantage.

With Ryzen 4000 on the horizon, AMD now is poised to dominate the entire x86 market: desktops, servers, and laptops. Intel’s failure on 10nm has thrown its roadmap into disarray and it is really showing now. Meanwhile, AMD is executing its roadmap without much trouble. Hopefully Intel gets back into the game soon, because it’s always nice to have competition.