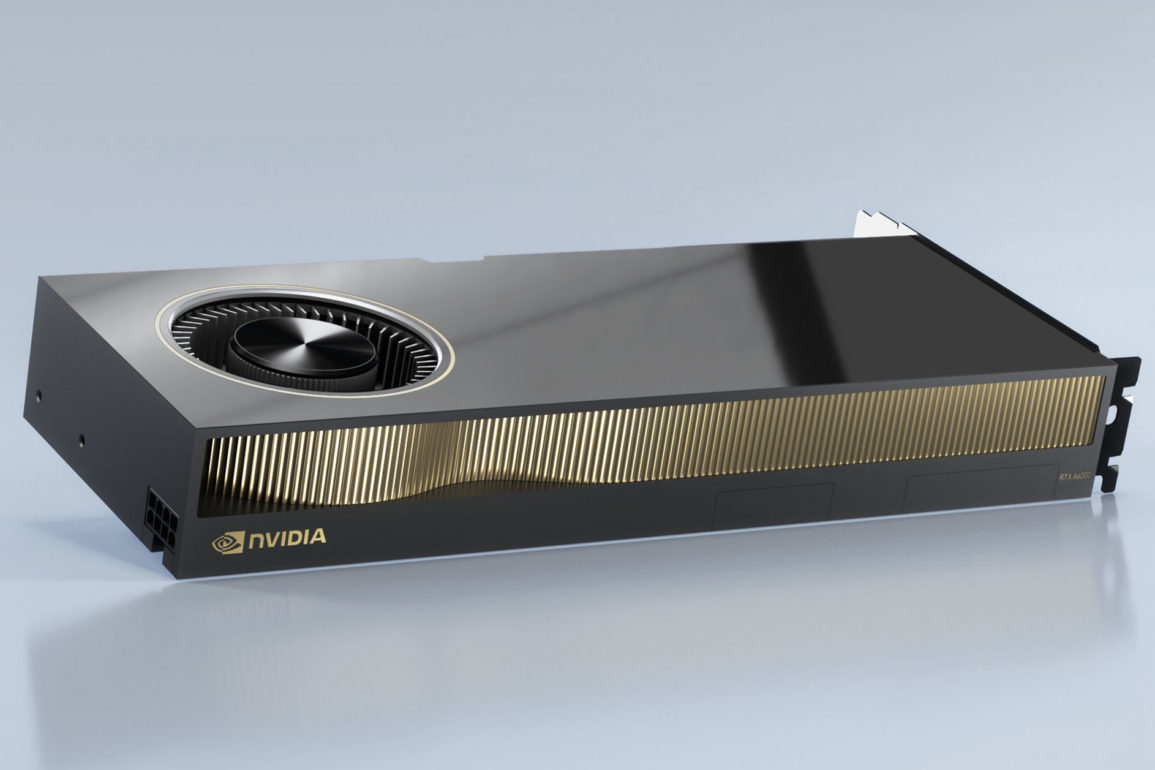 Today, NVIDIA announced on Twitter that the company’s new RTX A6000, which is based on the full GA102 GPU, is now available for purchase. In October, the company announced two professional products based on Ampere, the RTX A6000 and the RTX A40, the latter of which features the GA104 GPU similar to the one found in the RTX 3070 and RTX 3060 Ti.

These cards do not feature the longstanding Quadro and Tesla branding, as with the launch of these products, those brands have been discontinued, replaced with NVIDIA RTX Axx and NVIDIA Axx. The ‘RTX Axx’ series cards will replace Quadro workstation graphics cards. Meanwhile, the ‘Axx’ series succeeds the Tesla series.

Looking at the table below, we can see that the RTX A6000 is the only graphics card released yet to feature the fully-enabled GA102 GPU with the all 10752 CUDA cores.

In terms of pricing, it is currently listed for $4,650 on NVIDIA’s store. For more information about the RTX A1000 and where to buy, you can check out NVIDIA’s product page here.