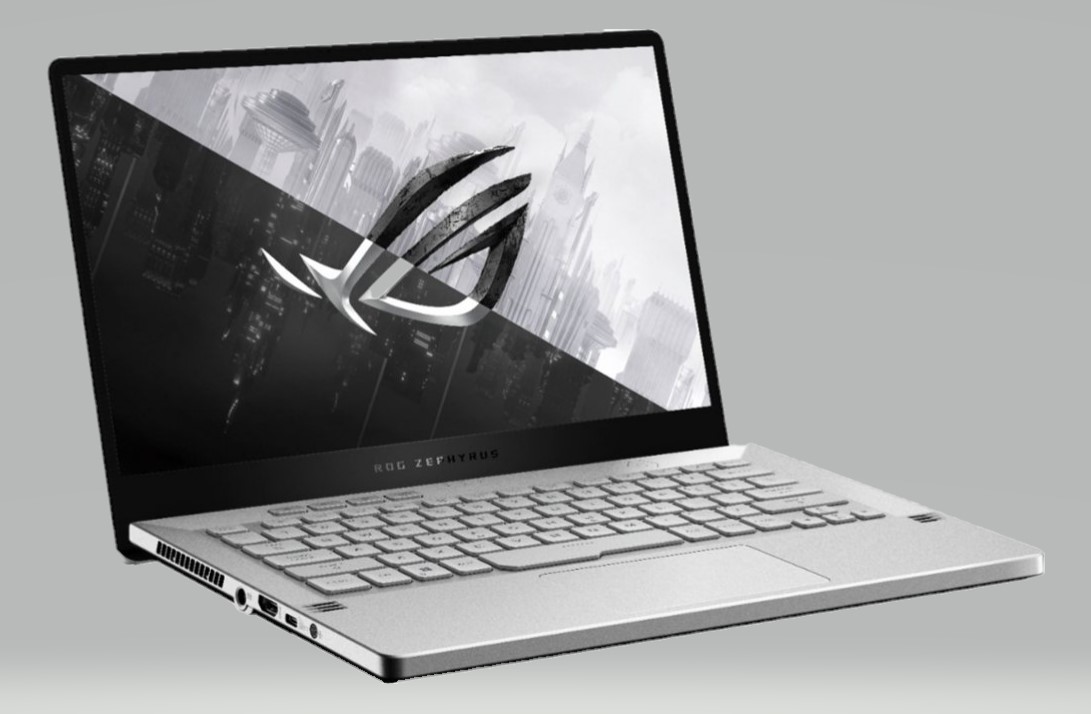 So I recently published my first impressions of the Zephyrus G14 and one of the issues I pointed out was the RTX 2060’s very quirky idle state. I noticed very quickly in Armory Crate, ASUS’s hardware monitoring and performance tuning software, that the 2060 didn’t always say “power saving” and sometimes seemed to be running for no apparent reason. It would idle at 300 MHz core and 405 MHz memory which presumably means it’s using more power than it should be, and I did seem to notice that my battery life had gone down a couple of hours.

I went ahead and decided to test the G14 under a variety of conditions to see what’s actually affecting the G14’s normally great battery life and if there was even an issue to begin with.

This specific G14 is the GA401IV model and comes with these specs:

With these specifications, I would have been happy to get just 6 hours of battery life doing light work, but most reviewers reported figures between 8 and 10. However, not all reviewers got this kind of battery life. Notebookcheck reports getting just under 6 hours on idle (i.e. doing literally nothing), which is not great and also wildly lower than the average review. Very odd. They say this is because of the 120 Hz refresh rate, but that doesn’t really check out because other laptops in this very same test with 120 or 144 Hz displays had much better battery life. Not to mention the fact that most reviewers probably tested with the display set to 120 Hz, the default configuration.

So, like I said in my preliminary review, I believe I have already diagnosed the underlying issue: hardware monitors. I’m fairly confident this one of the ways reviewers might have experienced worse than expected battery life, but I think it’s possible that any workload that accesses the 2060 could cause the idle state to stop working. I have noticed that after playing a game (like Hitman 2), the idle state would seem to be broken with Armory Crate not reporting that the 2060 was “power saving.”

Here’s the test I’ve devised. I ran the Linus Tech Tips 8 hour yule log video at 4K with no sound until the G14 died, with some stuff running in the background: social media on 4 different Chrome tabs, Discord, and Outlook. The laptop was of course connected to the internet and the display was set to max brightness since that is what I have been using daily. I charged the laptop to 100% each time before beginning the test. Additionally, I am also running the G14 on the “silent” profile which means it should be really easy to notice the if GPU idling poorly.

I ran this test under several different conditions.

Without further delay, here are the results.

Our baseline readings are very good for the G14, which was able to run for about 6 hours and 20 minutes from a fresh boot. It also was able to get a similar time after being used for a day doing my normal activities like watching videos, writing articles, and using Discord. It should be noted I never opened MSI Afterburner, a game, or ran any benchmarks in the day long session that I tested, meaning nothing I did during that typical day long session permanently broke the 2060’s ability to idle, which is nice to know. Though 6 hours and 20 minute sounds low compared to other reviews, keep in mind that this is 4K video playback over wifi with the screen brightness turned up to the maximum.

Installing new AMD drivers also causes a drop in battery life, but it’s not as severe the drop MSI Afterburner produced. I believe this is still related to hardware monitoring; with the stock AMD drivers that the G14 ships with, you are only given the older 2019 Radeon control panel, which does have a hardware monitor, except it is locked behind Wattman which is not enabled on the G14. However, in Adrenaline 2020, AMD decoupled hardware monitoring from Wattman and made it a standalone feature of the driver. In any case, the newer drivers cause poorer battery life and this is likely why the chipset driver ASUS provides uses 2019 drivers. Though, if you’re okay with shaving off an hour of battery life, maybe you’ll find the new drivers worth it.

Originally, I was going to test more cases, but I realized I could not replicate one of the other key issues I had identified earlier: playing games. After playing Hitman 2, closing it, and then taking my laptop off of wall power all within the same session a few days ago, I noted that my battery life was much lower. For some reason however, I couldn’t replicate the issue during testing. Because the “power saving state” indicator in Armory Crate proved to be accurate during testing, I simply checked to see whether or not this indicator popped up after closing Hitman 2. The indicator said “power saving”, so I could have expected to see over 6 hours of battery life in the benchmark. I was originally going to test this and a similar case where I ran Cinebench R15 OpenGL but this too failed to replicate the issue.

So, as it stands, the G14 has two known issues when it comes to battery life, one minor and one major, the former occurring when running hardware monitoring software and the latter when using new AMD drivers. Theoretically, installing the new drivers without the Radeon control panel or completely manually via device manager could bypass this issue, but neither of these solutions are great. I really hope ASUS fixes this issue because I would like to get my control panel back since the included AMD chipset driver does not install the old Radeon control panel that did work as opposed to the new panel that doesn’t.

It should also be noted that this investigation was hardly comprehensive. There’s alot more software out there that I haven’t tested and for all we know there may be many other ways for the G14 to fail to force its GPU to sleep. If you happen to own the G14, let us know in the comments if you think you’ve found another bug with it. And if there are any reviewers reading this right now, we hope this article sheds some light on why your results weren’t the same as everyone else’s.

I still recommend the G14, however, it’s got great performance and battery life (which is thankfully not compromised by playing games as I had feared). This bug is annoying but not a major issue… yet, anyways. I’m still working on my full review for it as well as other benchmarks, so look forward to those.