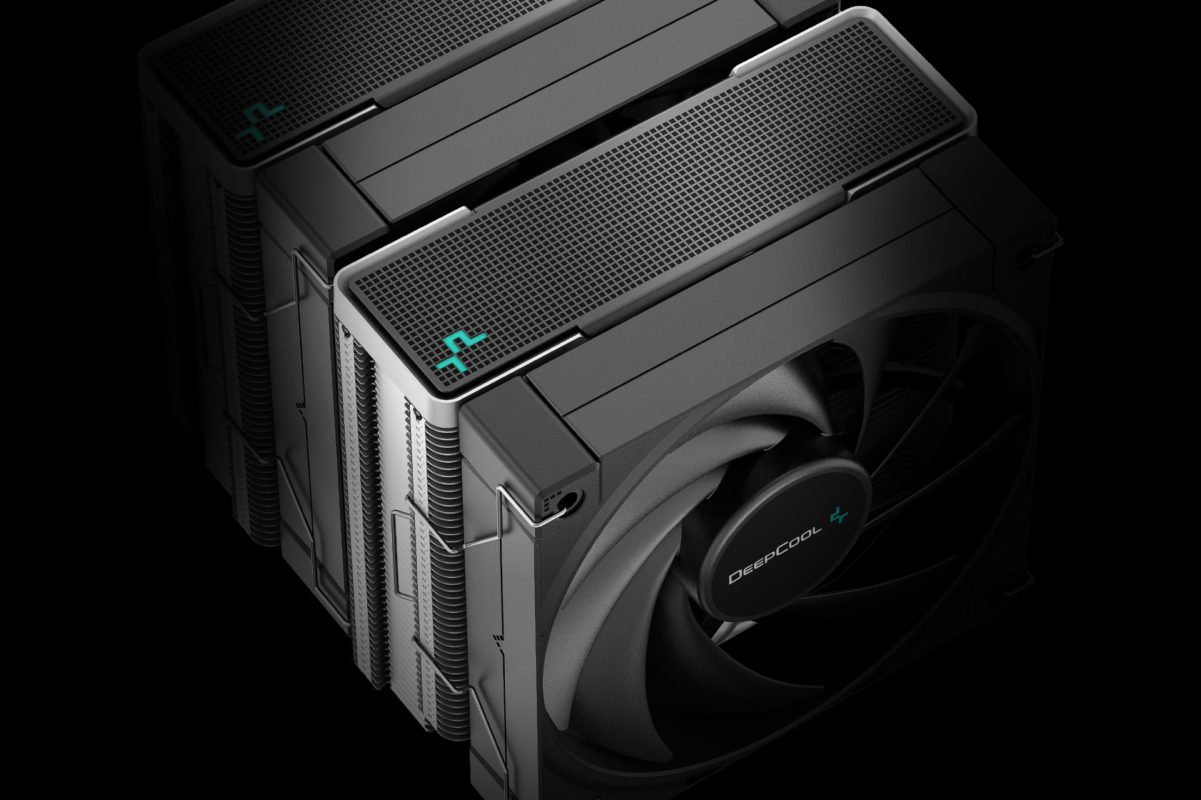 Today DeepCool launches their newest air cooler, the AK620. Like previous DeepCool products I’ve reviewed such as the AS500 Plus, I found the AK620 to be very impressive. Before getting into the benchmarks, lets take a quick look at what comes with this cooler.

The AK620 comes in a medium sized box, with foam padding for protection.

Included with the package are the user manual, DeepCool thermal paste, mounting for AMD & Intel systems, Screwdriver, and a PWM fan splitter.

The installation of the AK620 is the same as the AS500 Plus, and is one of the simplest installations of CPU coolers on the market. Simply press the backplate against the motherboard, use the thumb screwmounts to secure it, add the brackets, and then use the screws to secure the cooler to the brackets. I really wish more manufacturers would adopt a similar configuration.

For AIDA64 and OCCT, I ran each test for 11 minutes. For Cinebench, I recorded the results just before the mutli-core test finished. For games, I used a scripted benchmark and averaged the results of 3x runs. I tested each cooler with no power limits, as they were each capable of handling the heat.

Please note that the results in this review cannot be compared to those of previous recent reviews, because I am using a different motherboard which is less energy efficient.

In AIDA64 all of these coolers ran a bit toasty – but well within acceptable limits. The AK620 matched the performance of the NH-D15 here, which was unexpected considering it’s lower cost.

OCCT’s test was the most demanding thermal test I ran, hitting TJMax temperatures with all coolers. In this test it was just slightly behind the NH-D15, running 33mhz slower.

In gaming, the results surprised me – I was expecting it to be on par with Noctua’s NH-D15, but it actually outperformed it by a small amount.

I purchased a Decibel Meter to more accurately report acoustic information, but I found it difficult to take consistent measurements with it – so instead of using the Decibel Meter, I’ve taken audio recordings of the fans during stress tests and analyzed them with Orban Loudness Meter. In this test the Noctua NH-D15 was slightly quieter than the AK620.

I’m giving this cooler our Gold Award, as honestly DeepCool’s AK620 is the best cooler on the market. I didn’t expect the AK620 to be this good. It matches and/or slightly outperforms the former king of air cooling – Noctua’s NH-D15 – while being 30% less expensive.

If you’re looking for a new CPU Cooler, you can’t go wrong with DeepCool’s AK620.