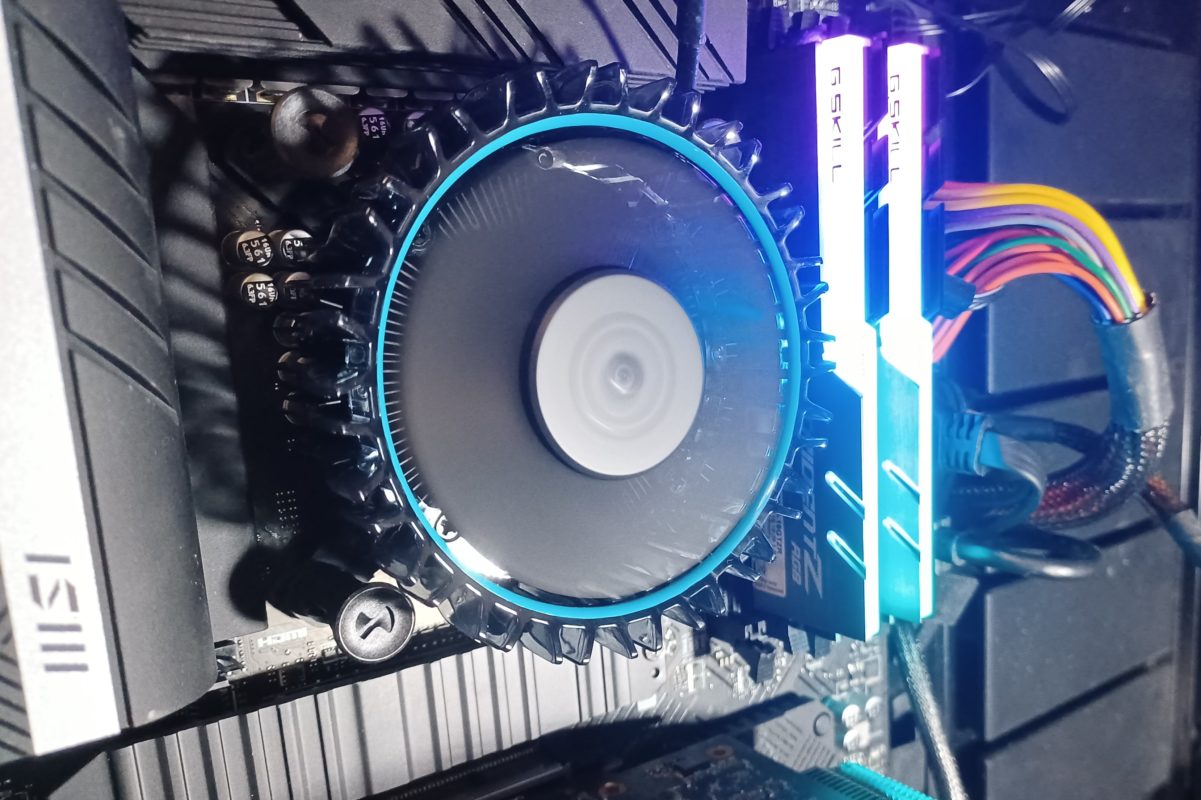 Article Updated 1/5/2022 : Changed format of graphs to images due to rendering errors with our graphs on mobile devices.

Today we’ll be looking at the newly released i7-12700 CPU from Intel. Based on the “Alder Lake” architecture, it offers 20 threads (8/16 P + 4 E) and all P core turbo speeds of 4.5ghz. It’s 200mhz slower than the unlocked i7-12700k and you won’t be able to overclock (or undervolt) this CPU. However, as by default power limits aren’t enforced by motherboards you won’t be losing much performance vs the non-K model (at stock settings).

With an expected price of ~$350, the i7-12700 packs a killer price/performance value and multi-threaded performance comparable to AMD’s Ryzen 5900x.

I previously stated in my first Alder Lake review that getting rid of the PL1 limits on it was a dumb move – because it didn’t lose much performance when limited to them. This might have been true with the 12900k, but it’s not the case with the i7-12700.

Enforcing PL1 limits results in a significant performance loss on the i7, but it is much more energy efficient when these limits are enforced. It scores 21596 in Cinebench with power limits removed (drawing ~150w), but only 16255 scored when limited to 65w, an increase of 32% in performance at the cost of over twice the power consumption.

The included RM1 Laminar stock cooler is an upgrade from previous Intel stock coolers, and while enthusiasts and power users will of course want more powerful cooling, it’s actually sufficient for most users – it handles long term loads of ~110w and burst peaks of ~160w.

It has a larger copper slug than previous generation stock coolers but runs a bit noisy in demanding loads, reaching over 3000 RPM in Cinebench.

In most of these results the i7-12700 was slightly behind the Ryzen 5900x, but in Image Editing Intel CPUs showed a significant performance lead. Ryzen 5900x results used here are from Overclock3D’s review.

Geekbench was about as expected, with the 12700 having a 15% lead in single core performance and a 7% loss in multi-threaded performance in comparison with AMD’s Ryzen 5900x.

The Ryzen 5900x benchmarks were taken from the Geekbench records available at https://browser.geekbench.com/processors/amd-ryzen-9-5900x

Cinebench is about as expected, showing an 8% lead for the Ryzen 5900x in multi-threaded results.

For the Ryzen 5900x results above, I am referencing the results from the FPS Review

For the Ryzen 5900x results above, I used the latest results available from the CPU-Z Validator records at http://valid.x86.fr/bench/fd6efn/1

The following gaming benchmarks are not meant to compare real life performance, but the theoretical maximum performance. The gaming results were tested with both Noctua’s NH-U12A and Intel’s RM1 Laminar coolers, but there was no difference in gaming performance as even in the most demanding of games the 12700 only uses ~66w of power consumption (most games use less power).

The Death Stranding results were quite unexpected, with the i7-12700 leading by 7fps. Honestly, these results don’t make sense to me but I retested both the i7 & i9 results multiple times and the results were consistent.

With both Strange Brigade and Shadow of the Tomb Raider, the i7-12700 offered performance almost exactly between the performance of the i5-12600k and i9-12900k.

What does it take to cool the Alder Lake i7? In my previous Alder Lake review, I noted that the i5 was so easy to cool that I didn’t complete cooler testing with it as literally any half-decent air cooler would be able to handle it without throttling.

With an expected retail price of ~$350, the i7 12700 packs a great value – especially when paired with a b660 motherboard. It’s crazy to think that for the price of a 5900x, you can get this CPU and a motherboard – and I can’t wait to see how AMD responds to these locked Alder Lake CPUs.

I’m awarding the i7 12700 the Gold Award because of price/performance value it offers. If you want high end single and multi-threaded performance, but aren’t interested in overclocking – this is the best value on the market as of right now.

It’s strange to think that you can get this CPU and a motherboard for a price similar to the Ryzen 5900x by itself. I can’t wait to see how AMD responds to these new Alder Lake CPUs – I hope to see both price adjustments to existing Ryzen 5000 CPUs and lower priced, non-X Ryzen 5000 CPUs.