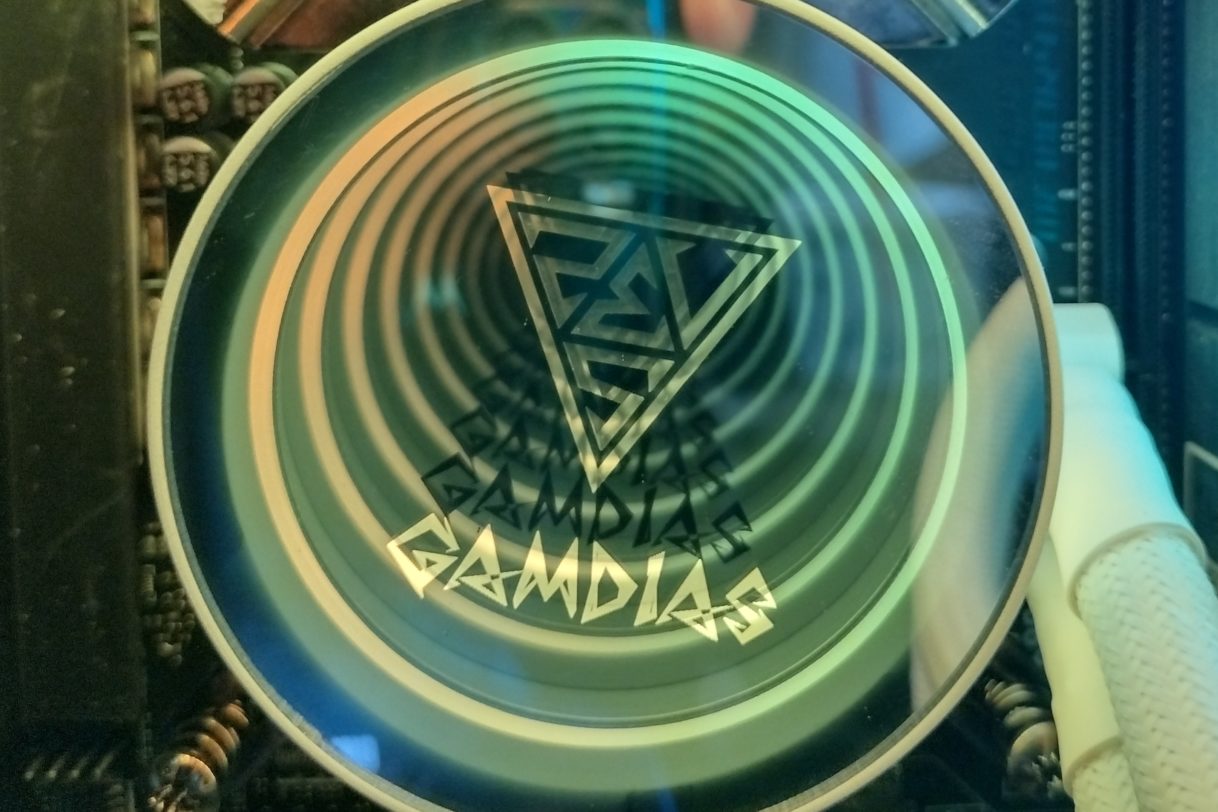 Today we’ll be looking at Gamdia’s Chione M3, a 240mm AIO liquid cooler which features LGA 1700 compatibility. We’ll be testing it with Intel’s i5-12600k with results from a few other coolers.

The AK400 comes in a medium sized box, with molded cardboard and plastic covers for protection

Included in the box are:

There’s more to a cooler than just it’s heat sink. The fans included have a huge impact on cooling performance and noise levels. The included 120mm fans are quiet in most loads, but can get louder in the hottest of workloads.

Two things stand out with the Chione M3 when compared to other coolers. The first thing you’ll notice is that the entire body of this AIO from the fans, to the tubing, to the radiator – all of it is white . The 2nd thing that pops out is that is the interesting infinity mirror effect of the AIO Pump.

No matter which pump header I plugged it into, the Chione M3’s pump ran at 100% speed – and when it runs at 100% it produces a low whine that oscillates. Some folks might not find this too annoying, but as someone who suffers from Tinnitus – I found it extremely annoying. Below is a recording of this sound.

While Gamdias rates the Chione M3 as being capable of cooling up to 240w, this rating is for a previous generation CPU. As I’ve mentioned in previous reviews, it’s a lot harder to cool higher wattage loads on Alder Lake due to the increased density of the Intel 7 manufacturing process.

What this means is a cooler than can handle 240w on a 14nm CPU like the i9-9900k or i9-10900k will throttle from overheating trying to cool the same amount of power using an Alder Lake CPU.

For testing overclocking stability, I prefer to use OCCT’s small set stress test. This is a torture test, and results do not reflect real life performance. I settled on a 4.9ghz overclock at 1.28v, as this was the fastest the i5-12600k could sustain in OCCT’s small set stability test while remaining under TJMax when testing with MSI’s CoreLiquid S280.

Unfortunately, the Chione M3 was not capable of keeping the i5-12600k under TJMax in this stress test while overclocked. While running at stock settings, the M3 was slightly behind Noctua’s NH-U12S in performance.

In gaming the Chione M3 had slightly better overall results when compared with Noctua’s NH-U12S, and as this is a lower TDP load – it kept it cool while operating quietly.

I liked the all white design of Gamdias’ Chione M3, the installation process was simple, and the infinity mirror gave the cooler a nice flair. The Chione M3 cools well enough, similar to Noctua’s NH-U12A in performance.

However, I have concerns about the overall QA for these units which prevents me from recommending this cooler: The pump on my review unit would only operate at maximum speed – resulting in a very annoying pump whine.