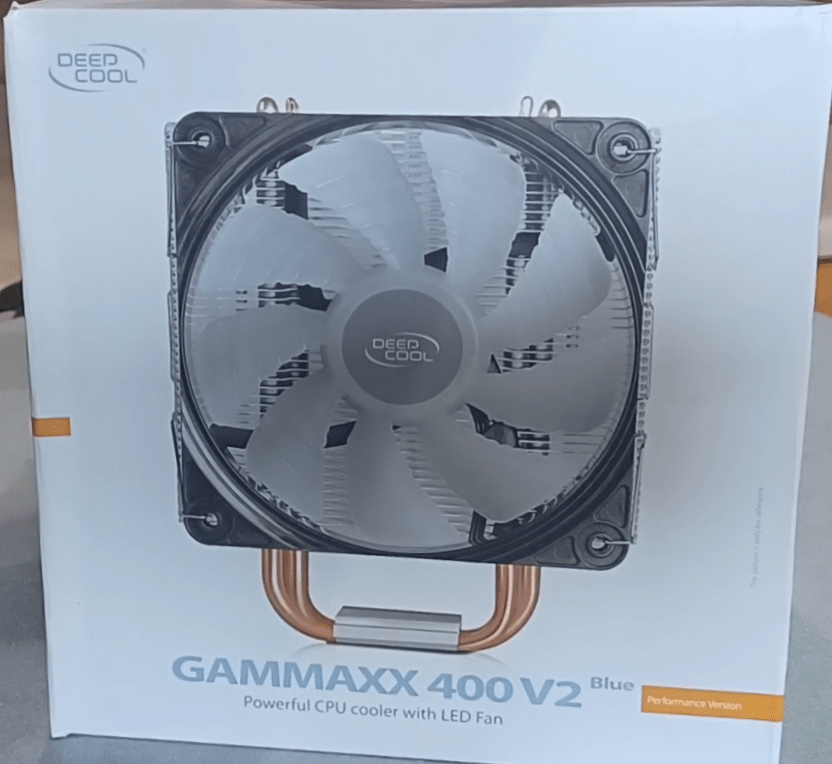 Today we’re looking at DeepCool’s GAMMAXX 400 V2, an entry level cooler which runs for $24.99 USD – making it the 2nd cheapest cooler we have tested. When DeepCool had originally offered to send this for testing, I wasn’t interested – I didn’t think it could handle my CPU.

I was pleasantly surprised to find that I was wrong.

The GAMMAXX arrives in a small box, with molded cardboard for protection. Included with the package are the user manual, thermal paste, and mounting adapters for AMD & Intel systems.

For AIDA64 and OCCT, I ran each test for 11 minutes. For Cinebench, I recorded the results just before the mutli-core test finished. For games, I used a scripted benchmark and averaged the results of 3x runs. I tested all coolers without any power limits enforced.

In AIDA64 all of these coolers ran a bit toasty. You’ll notice that the results for both the Pure Rock and the Kotetsu Mark II are blank – that was because both of those coolers hit TJMax and throttled. AIDA64 pushed the GAMMAX to it’s limits here, averaging 95c (over 22c ambient) – but it maintained clocks without throttling. Surprisingly, the GAMMAX performed just slightly better than CoolerMaster’s ML240 Illusion in this test.

Again with these results, you’ll see that both the Pure Rock 2 and Kotetsu Mark II failed our testing again, with the latter throttling down to 4.5ghz. The GAMMAXX performed decently here, outperforming the ML240 Illusion by 6c.

OCCT’s test was the most demanding thermal test I ran, hitting TJMax temperatures with all coolers. This was the most punishing test for the GAMMAXX, with clock speeds throttling down to 4.6ghz – but it did so while consuming 230+ watts, which is 50+ watts more than it is actually rated for. I didn’t bother testing the other low end coolers in this scenario, as they were already hitting TJMax in the less intensive loads.

Originally I didn’t want to test this cooler, because I was under the impression that it would fail my testing in more intensive loads like Cinebench. I was pleasantly suprised to find that this cooler was capable of handling the heat, only in OCCT did it throttle – and in that scenario it was using 50+ watts more than it was actually rated for. In the most intensive loads, it actually outperformed a liquid cooler – which was unexpected.

Given that this cooler handles high power loads while only costing $25 USD, I’m giving it our Silver Award.