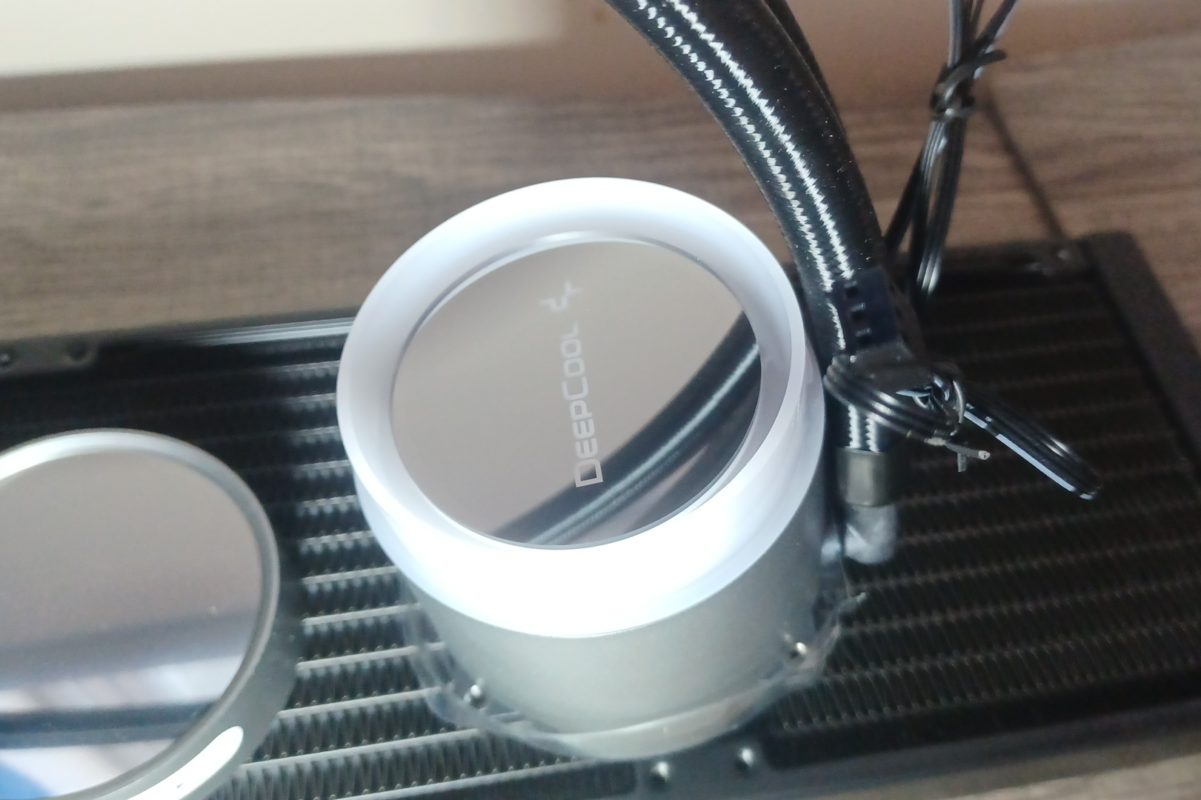 As I’ve mentioned in previous reviews, when power limits are removed Intel’s latest i9-12900k can prove quite challenging to cool effectively due to the increased thermal density of Alder Lake. While previous generations such as Rocket lake and Comet lake could consume large amounts of power in certain workloads – they were still easy enough to cool with adequate cooling.

When I first tested DeepCool’s AK620, it passed my tests for the i9-10900k with flying colors – but when it came to 12th generation’s i9, it throttled in some scenarios. Since that struggled, I then tested BeQuiet’s Pure Loop 280mm AIO – and while it did perform better than the AK620 it still struggled to keep the 12900k under TJMax in certain scenarios.

Today we’ll be testing DeepCool’s CASTLE 360 EX A-RGB, hoping that 360mm might just be enough to cool the Alder Lake i9 in all scenarios.

The Castle 360EX comes in a medium sized box, with molded cardboard for protection.

Included with the package are

For owners of past generation Intel and current generation AMD motherboards, DeepCool uses one of the adapters below (illustration from user manual)

I do not like this type of bracket personally, finding it more difficult to setup than it should be.

DeepCool’s separately provided LGA 1700 is much easier to install than the mounting system for previous generation CPUs. All one has to do is take the mounting brackets, screw them in from underneath the pump, and then attach the backplate and screw the bracket’s to the backplate.

While it appears to void the warranty, it does appear that the CASTLE EX360 can be refilled by the user if it is needed years later. The included radiator is long and somewhat slim.

The default configuration is alternating RGB, but I preferred setting the lights to a solid color for a less distracting ambient effect.

On the top of the CPU pump is DeepCool’s “Infinity mirror”, which has DeepCool’s logo reflected. In my opinion, the reflection gives the cooler a nice flair.

More importantly, the Castle 360EX A-RGB comes with anti-leak technology which can prevent unfortunate leaking accidents. DeepCool’s YouTube video displayed below gives a brief overview of how it works.

Since all previously tested coolers had failed to keep the i9-12900k under TJMax while running Cinebench with power limits removed, that was the first thing I tested the CASTLE EX360 A-RGB with. Ultimately, it still failed to pass in this scenario. However, DeepCool’s AIO has performed best out of all coolers thus far cooling an average of 222w during Cinebench, with less than 100mhz of throttling (vs maximum all core turbo speeds)

Based on our initial results without power limits in Cinebench, I had honestly expected DeepCool’s AIO to have a significant lead in TDP constrained scenarios – but I was disappointed to find out that when power limits were enforced the Castle EX360 A-RGB fell behind BeQuiet’s Pure Loop 280mm by 2-4c at 200w and only led by 1c when limited to 140w.

For gaming thermal performance tests, I’ve removed Far Cry V and Thief from my testing because Cyberpunk 2077 and Assassin’s Creed : Odyssey consistently show to be the most thermally demanding gaming scenarios with Alder Lake CPUs.

In Cyberpunk 2077, the Castle EX360 tied for the best performing cooler alongside Be Quiet’s Pure Loop 280, while in Assassin’s Creed : Odyssey it narrowly took the crown – if only by a single degree.

I don’t feel the equipment I currently have is good enough to perform a proper scientific test of the loudness levels of CPU Coolers, but I will say that the Castle EX360 A-RGB was perceptibly louder than Be Quiet’s Pure Loop cooler in some scenarios.

I have mixed thought’s on DeepCool’s EX360 A-RGB. Overall, I’m awarding it our Silver Award because it’s anti-leak technology is something that it’s competitors don’t have and reduces the potential risks involved with liquid cooling. When running tests like Cinbench with power limits removed, it still hits TJMax, however it does so with the least amount of thermal throttling of any cooler tested thus far.