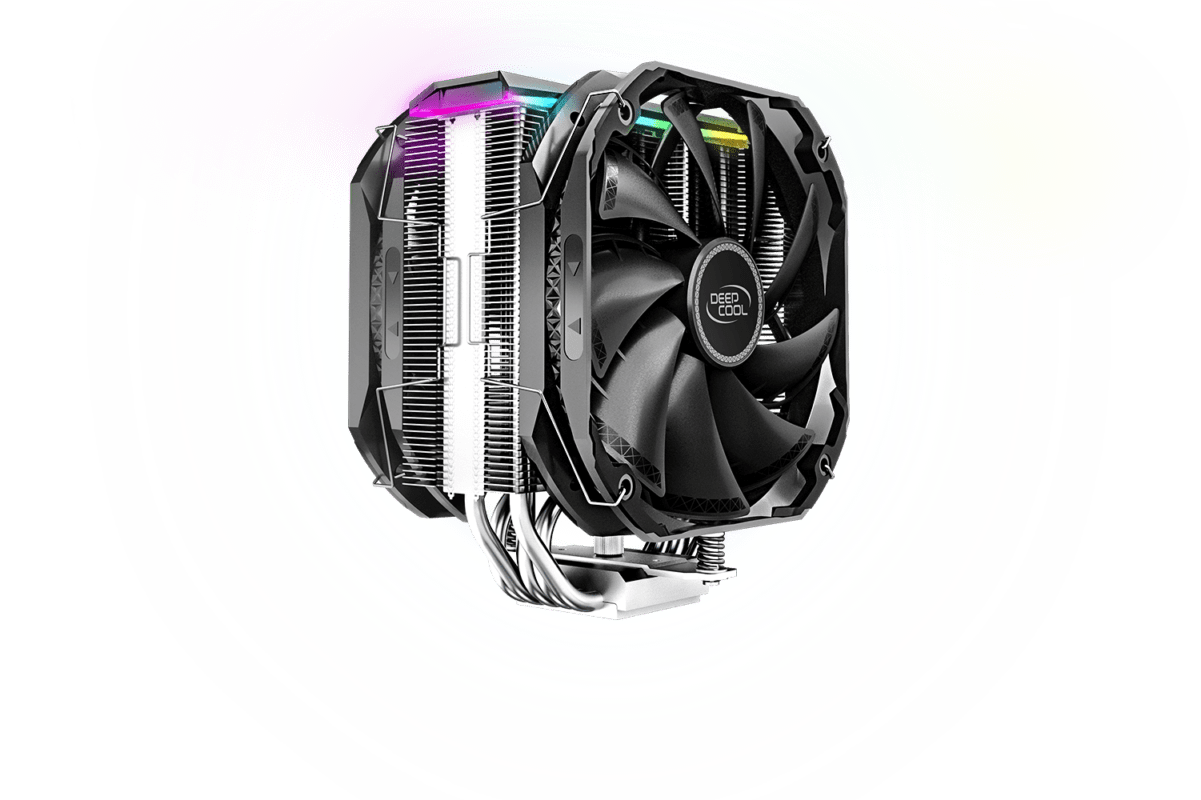 Reviewed: DeepCool keeps things chilly with the AS500 Plus CPU Cooler

Today we’ll be looking at DeepCool’s AS500 Plus. Like the name implies, it’s a beefed up version of DeepCool’s AS500 cooler, adding an additional fan. At $69.99 the AS500 Plus straddles the line between budget and higher end cooling options, so we’ll be testing it against higher priced models from Enermax and Noctua that I’ve found to perform well in high TDP testing.

The AS500 comes in a medium sized box, with foam padding for protection.

Included with the package are the user manual, DeepCool thermal paste, mounting for AMD & Intel systems, RGB connectors, and a PWM fan splitter.

The installation of DeepCool’s cooler is one of the easiest of all coolers on the market. Simply press the backplate against the motherboard, use the thumb screwmounts to secure it, add the brackets, and then use the screws to secure the cooler to the brackets. I really wish more manufacturers would adopt a similar configuration.

I use Noctua’s NT-H1 thermal paste for all cooler testing, to eliminate any variances that could be caused by using different pastes.

For Cinebench and AIDA64, I ran each test for 10 minutes – but removed the first 2 minutes of temperature data to account for the warm up period (testing for longer periods did not produce significant differences). For games, I used a scripted benchmark and averaged the results of 3x runs. I tested each cooler with no power limits, as they were each capable of handling the heat.

In AIDA64 all of these coolers ran a little warm – with temps of 81c (over 24c ambient) for DeepCool’s AS500 Plus – but this was well within acceptable limits. It was only 1 and 2c behind it’s competitors, which cost nearly twice as much.

Cinebench r23 also ran a bit toasty, but DeepCool surprised us here by beating a liquid cooler – if only by 1 degree.

In gaming, all coolers did well – but surprisingly the DeepCool did less well in this lower TDP load than it did in the higher TDP load. This is not to say that DeepCool is doing bad here – it’s running at a relatively cool 51.6c in this example.

Far Cry V only has DeepCool’s result because I have not yet tested it with other coolers. As I do more reviews, I will update this article will comparison data for Far Cry V.

I purchased a Decibel Meter to more accurately report acoustic information, but I found it difficult to take consistent measurements with it – so instead of using the Decibel Meter, I’ve taken audio recordings of the fans during stress tests and analyzed them with Orban Loudness Meter. The LIQMAX III was slightly louder than the NH-D15, and the AS500 Plus was quieter than both.

At only $10 more than the base AS500, DeepCool provides a good value with the AS500 Plus. It’s cheaper than it would to purchase a 2nd fan seperately, which would cost ~$20 on it’s own. At $69.99 it’s a bit more than what I would consider midrange, but it provides performance just shy of high end coolers costing over $100 like Noctua’s NH-D15 Air cooler or Enermax’ LIQMAX III Liquid cooler – and is quieter than both.

Given the unexpected punch that DeepCool’s AS500 provides – providing the same class of performance as high end coolers while costing just a tad bit more than a mid-range cooler would, I’m awarding DeepCool’s AS500 Plus our Gold Medal. This cooler performs well under stock conditions and has room to overclock on top of that – you can’t go wrong with the AS500 Plus.