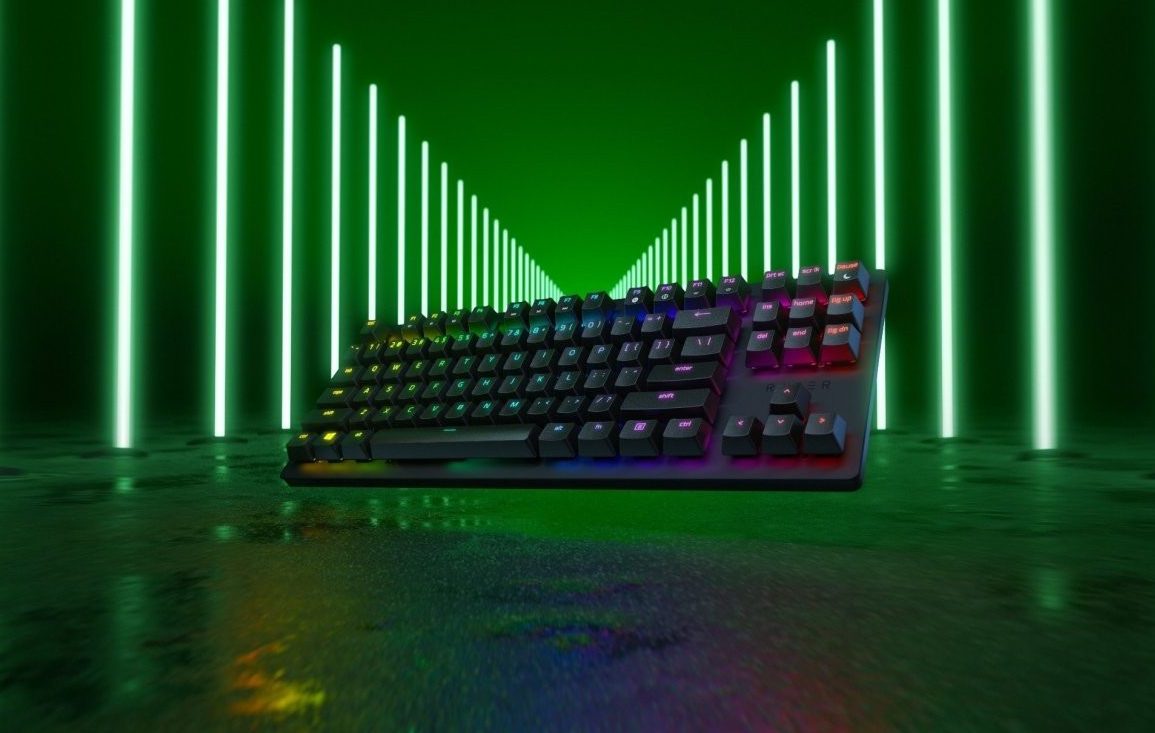 Razer, one of the most well known brands in PC gaming has announced the Huntsman Tournament Edition Gaming Keyboard designed for competitive gamers and esports tournaments.

Razer uses optical switches for what they say lowers input delay, for capturing of key actuation. It uses an infra-red light to detect when the key is pressed which they say allows higher precision and speed compared to the traditional mechanical key switches we’ve all grown accustomed to.

Those looking for a tactile bump should look elsewhere though since its a linear switch, Razer says this is for faster responses, and its actuation point is an incredibly short 1mm and is said to be twice as fast as traditional linear switches. These switches are rated for a rather high 100 million keystrokes.

This is a tenkeyless form factor keyboard and has a detachable USB-C Cable, this is apparently for portability. It also is a return to the onboard memory that many fans of Razer have been very vocal about needing.

Razer is the pioneer in esports and athletes have used Razer gear for the unfair advantage. We teamed up with some of the top esports champions to develop the Huntsman Tournament Edition keyboard and anyone will be able to feel the difference in their performance immediately.

Razer uses their own proprietary tooling to produce studier doubleshot PBT keycaps that feature a much thinner font. Razer says they are designed to withstand intense training and competitive use and should be less pron to wear and tear.

The Razer Huntsman Tournament edition is available now for $129.99 on Amazon.com