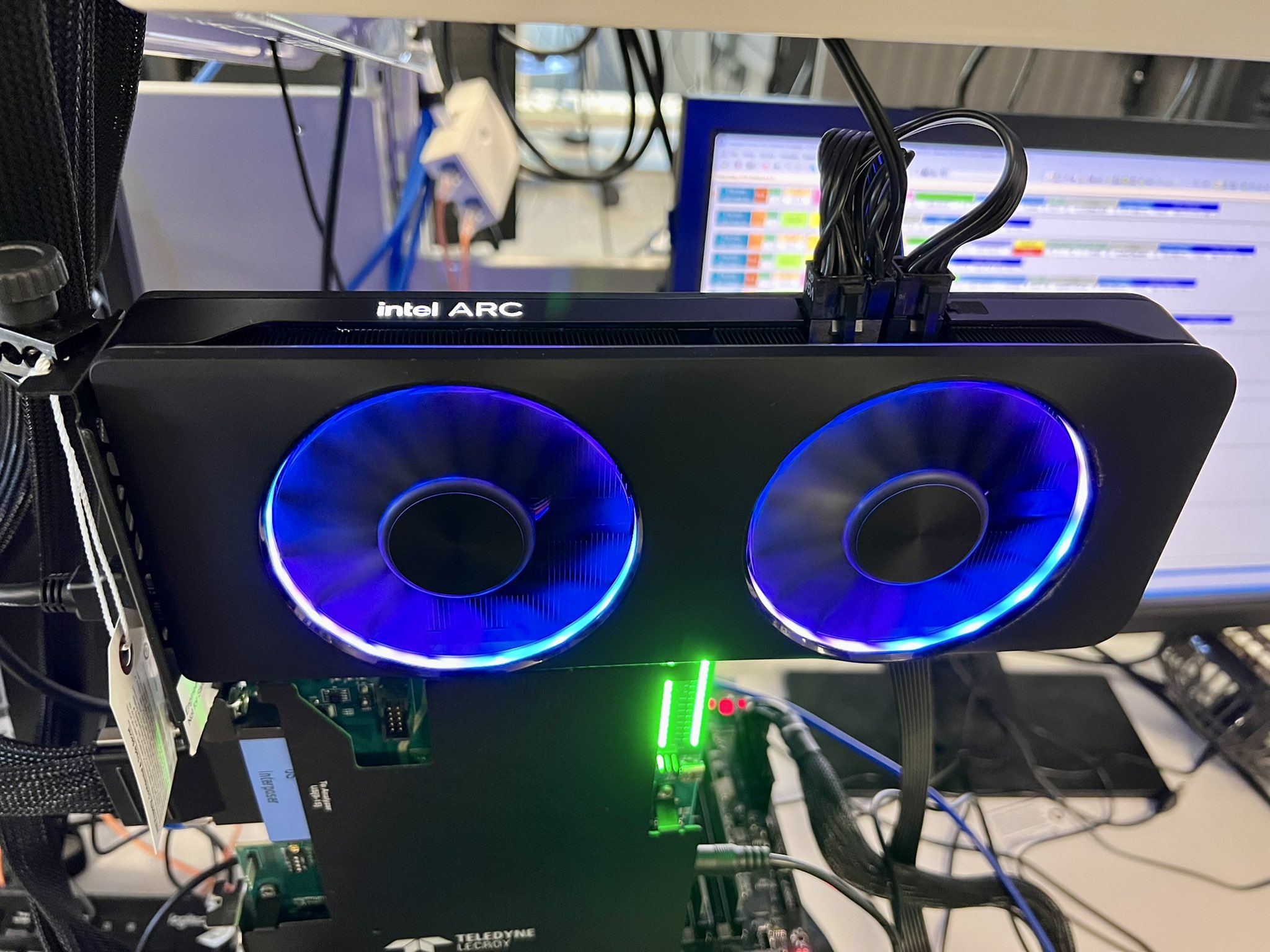 On Twitter yesterday, Raja Koduri posted a picture of an Intel A770 in Intel’s Toronto validation labs stating that it’s “getting ready to launch”

A user asked Raja in response “What’s this I’ve been hearing about Intel potentially bringing the axe down on Intel Arc after just 2 generations?”

As many of you may know, Moore’s Law is Dead – who previously was the first to report on ARC related information such as Intel’s XeSS upscaling engine – recently claimed that Intel CEO Pat Gelsinger had decided to cancel the ARC dedicated graphics projects.

What do you think? Will Pat Gelsinger give ARC gaming dGPUs the axe, or will Intel fully commit to consumer dGPUs? Only time will tell.