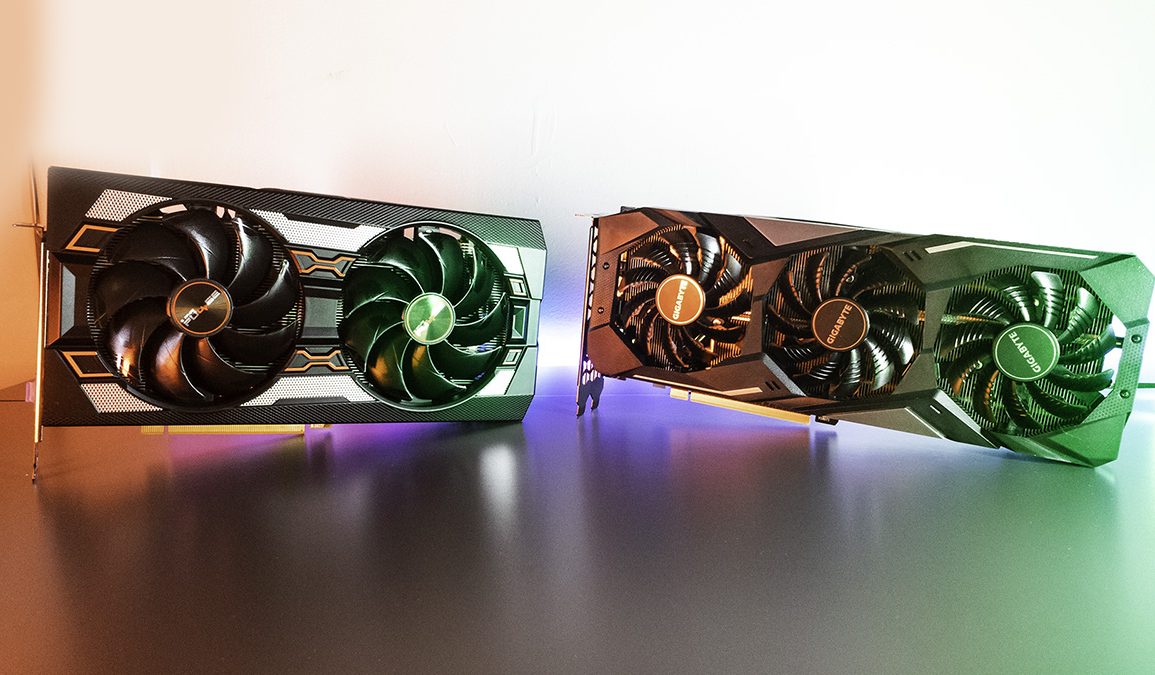 Continuing our coverage of the on-going battle of ~$400 graphics cards, we’ve got a head-to-head between the Radeon RX 5700 XT and the GeForce RTX 2060 SUPER. However, what makes this comparison different from our previous reports is that we’ll be pitting two custom cards against one another. Representing the Red Team, we’ve got the SAPPHIRE PULSE RX 5700 XT; for which this report will also serve as a review. For the Green Team, we’ve got our trusty GIGABYTE RTX 2060 SUPER GAMING OC, which we previously reviewed and compared against the reference model RX 5700 series cards.

This ‘showdown’ will focus solely on 1440p gaming performance. We’ll be testing 15 titles in total, including the newly released Control. We’ll also take a brief look at the SAPPHIRE PULSE RX 5700 XT graphics card itself.

It should be an interesting one, so let’s get to it!

If you’re interested in the specifications or more information for the GIGABYTE RTX 2060 SUPER used in this report, please check out our review.

The SAPPHIRE PULSE RX 5700 XT is a ‘2.3’ slot design which is equipped with dual 90mm two ball bearing fans, which have SAPPHIRE’s ‘Quick Connect’ technology for easily removing them for replacement.

The shroud itself is made entirely of plastic, with a black color scheme with red and silver accents. Personally, I think the design looks nice, but I’m not a huge fan of the red accents, and I do wish they’d ditched those. Especially on the backplate, which is very busy, in my opinion. Speaking of the backplate, it is made of metal and has some cutouts in along the middle, which could be for ventilation, but I’m not entirely sure.

The cooler features 3x nickel-plated copper heatpipes which are connected to a large aluminum heatsink which spans the entire length of the card.

The card measures just 254 mm (10-inches) long, which is fairly compact for a 5700 XT, but is definitely not an ‘ITX’ sized card. It is powered by a single 8-pin and single 6-pin PCIe connectors and features 1x HDMI 2.0b and 3x DisplayPort 1.4 ports. There’s also a dual BIOs switch for overclocking.

We test this title during a 60-second gameplay segment on the ‘Riverside level of the campaign.

We test this title during a 60-second run near the beginning portion of the game after the first combat section.

We test this title using the game’s in-game replay system; we use a race with the maximum number of AI cars, on the ‘Daytona International Speedway’ track with rainy weather.

We test this title in the single-player ‘Situations’ mode, on the ‘High Value Target’ mission which takes place on the ‘Consulate’ map.

While most users won’t overclock, we still think this is valuable information, especially for custom graphics card designs such as these. We overclocked both cards as best as we could achieve and ran a variety of tests.

Below are the settings we were able to achieve for each graphics card. Please note, the core clock settings are targets, and are not necessarily going to be the clock speeds the GPU will operate at under typical gaming loads.

I’m going to break up my conclusion into two parts: First, I’ll discuss how the RX 5700 XT compares to the 2060 SUPER, and then I’ll share my thoughts on SAPPHIRE’s design, specifically.

Taking look at the results from our 15-game test, we can see that the RX 5700 XT is just under 6% faster than the RTX 2060 SUPER on average at 1440p. It was also faster in or even in 13 of the 15 tiles tested, and was only slower than the RTX 2060 SUPER in Strange Brigade and Gears of War 4. These results align fairly well with previous testing we’ve done, and only further validate our belief that the RX 5700 XT is in fact the superior choice between these two graphics cards. Sure, 6% isn’t a lot, but when you consider the fact that they’re priced the same, the decision really is a no brainer. Unless of course, you’re really interested in ray-tracing, and then, the only choice at this price point is the NVIDIA one.

Now, as for the SAPPHIRE PULSE RX 5700 XT: well, at $409 it costs only 2.5% more than the reference model while offering up to 4% higher clock speeds out of the box, on top of that, cooling performance is also far better as it is not only 10° C (52° C vs 62° C DeltaT) cooler at stock, but also much quieter thanks to the dual fan design.

it is for all of these reasons that we highly recommend the SAPPHIRE PULSE RX 5700 XT for anyone in the market for a fantastic 1440p gaming graphics card.