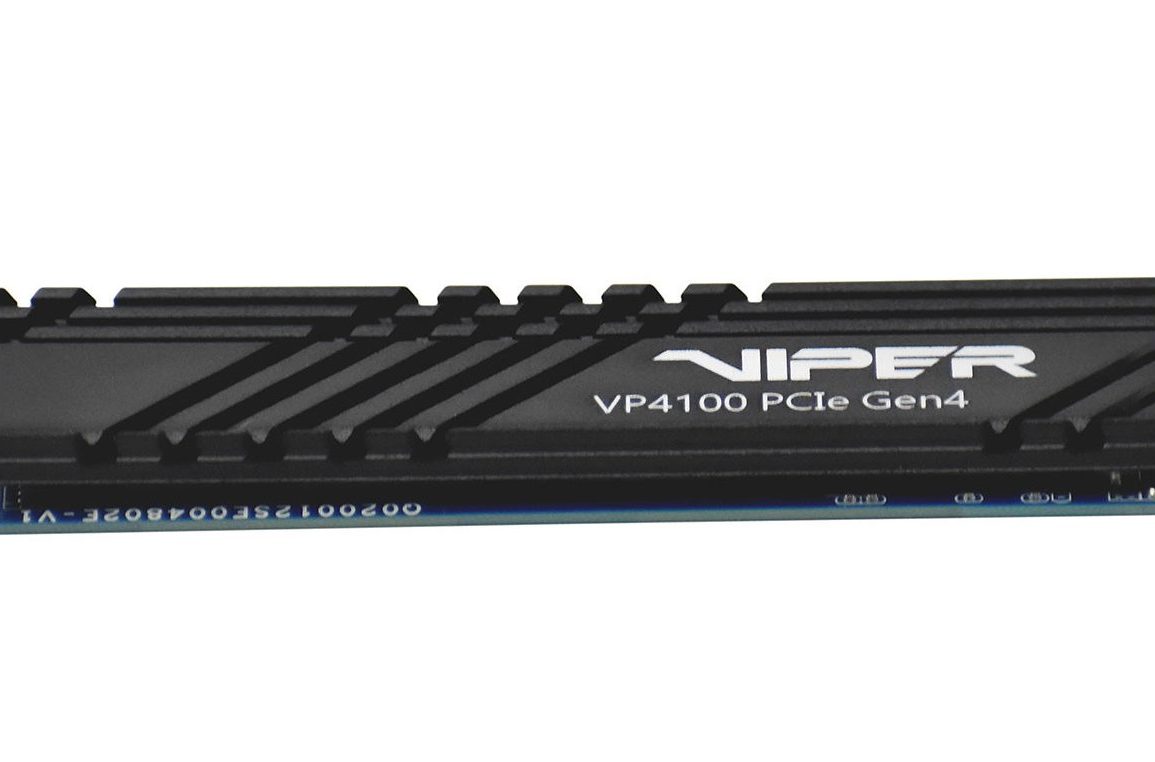 Patriot, a brand mostly known for memory and flash based storage, has announced their new PCIe 4.0 SSD: the Viper VP4100 M.2 2280 PCIe Gen4 x4 SSD. The drive will be using the same Phison E16 controller we saw on the Corsair MP600 and Gigabyte PCIe Gen4 SSDs that released at the launch of Ryzen 3000-series CPUs and X570 motherboards.

It features a black heatsink, which honestly won’t be needed on most X570 boards since they tend to include their own heatsinks already, and they promise sequential read speeds of up to 5 GB/s and write speeds of up to 4.4 GB/s.

It also includes an external thermal sensor to monitor temperatures and prevent overheating. All in all, this looks like a drive that should perform very much in line with Gigabyte’s AORUS and Corsair’s MP600 NVMe drives.

Pricing that was sent out with the press release honestly is kind of bad for this tier, at $599.99 for the 2TB and $399.99 for the 1TB, though Amazon has a much more reasonable price of $429.99 and $229.99 for the 2TB and 1TB respectively. I assume they’ve taken a second look at the market with Corsair’s MP600 priced at just over $200 and under $400 for the 1TB and 2TB models and Amazon’s prices reflect that second glance, bringing it much closer in line with competitor’s offerings.