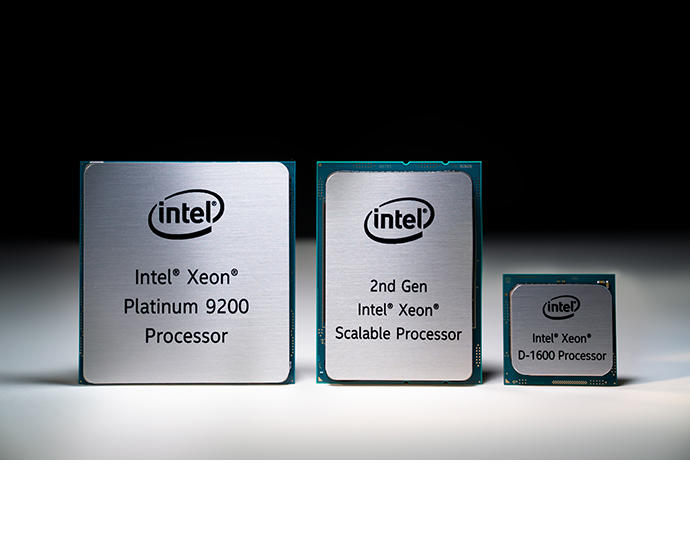 Some of you might have watched this recent video made by AnandTech editor Ian Cutress concerning Rocket Lake. Dr. Cutress is of the opinion that Rocket Lake could exist because Intel needed a new HEDT chip, which are usually derived from Intel’s server lineup. The HEDT version of Ice Lake SP, Ice Lake X, is seemingly canceled, hence the emergency development of Rocket Lake to fill the gap. He believes that Intel not only developed the 8 core Rocket Lake S but also a Rocket Lake with a higher core count, or at the very least such a CPU was planned.

When I watched that video for the first time, I thought it was plausible but unlikely simply based on the information I had access to. None of my documents suggest a Rocket Lake with more than 8 cores, and it’s not because Rocket Lake is absent from said documents. I am aware of a Rocket Lake E for the Xeon E segment and while I do not have most of its specifications (one of those missing is core count) I am confident it does not have more than 8 cores based on the limited specifications I do have.

Still, I thought it was an interesting theory because it was the only theory that mostly explained why Rocket Lake exists. For a while now, Intel’s laptop and desktop silicon has been the same, and they are designed with both segments in mind. However, Intel’s pivot to big little in Alder Lake is the first time Intel has designed a CPU for both desktop and laptop without really considering the needs of the desktop. This is an industry wide trend actually. Consider that AMD’s desktop CPUs are either based on their server or laptop silicon. So it’s hard to believe Intel would suddenly design a CPU specifically for the mainstream desktop and nothing else.

I then had an epiphany when I was scrolling through the YouTube comments (and yes this is the last place you’d expect to get some revelation from). Somebody, I believe jokingly, suggested that Intel would have to start gluing together 8 core Rocket Lake CPUs to be competitive with Threadripper. But what if this is exactly what Intel is planning? It wasn’t too long ago that AMD was relying on the 8 core Zeppelin die, fabbed on the old 14nm node from Global Foundries, and “gluing” them together to create its own HEDT and server CPUs. Why wouldn’t Intel do the same thing in tough times?

There are a few reasons why I think this is plausible. First, as I have already mentioned, Intel isn’t making CPUs specifically for the desktop, at the very least not for just one desktop segment. It is a waste of time and money to backport Sunny Cove cores to 14nm for the sole purpose of losing to AMD in the mainstream desktop segment. Intel does have pride in the desktop segment, they didn’t forget the days when desktop was the money maker. But given how every 10nm desktop CPU has been canceled and how every 10nm laptop CPU hasn’t, it’s unlikely Intel would deploy Rocket Lake for this segment alone. Rocket Lake with MCM capability could enable Intel to make the kind of product stack AMD had in 2017 and this would be a significant improvement to their current line up. Intel would most likely still have the worse CPU but something is better than nothing.

Second: Rocket Lake S is possibly an MCM design already. A while ago, I saw a theory that a 10nm dedicated die for graphics on the Rocket Lake S packaged enabled Xe features and PCIe 4.0 support. Having read this theory, I asked one of my best Intel sources if this was possible and I was told that Rocket Lake S did in fact have a dedicated die for graphics. I believe this point fits in very nicely with this theory because a Rocket Lake S die with the graphics totally integrated would only be useful for the desktop. It would not be as useful as AMD’s Zeppelin die was. If Rocket Lake S lacks truly integrated graphics and has the necessary components for connecting to other dies, then it is suitable for building larger CPUs.

Thirdly, if there truly was or is a HEDT Rocket Lake chip, its absence from leaks could be explained. Let’s say Intel initially developed Rocket Lake with MCM as the central feature, but later decided that a HEDT with MCM wouldn’t be very good. Rocket Lake would still come out anyways, so that Intel can make some money back, and Rocket Lake X (a hypothetical codename) would have technically never been developed at all and thus would have been on few if any roadmaps. That’s one way Intel could have gotten pretty far into making Rocket Lake X without it even being in a leak. It is highly unlikely that Intel could have planned another Rocket Lake die without there being a single leak.

There is one final, small detail I think is relevant, that Intel has not disclosed the node Rocket Lake is fabbed on. We all already know it’s 14nm and most publications have already reported that, but Intel hasn’t disclosed the fact yet. Why? Maybe it’s because Intel has something to hide, and this is the general feeling I had from Intel’s somewhat vague announcement.

To be clear, this is not a leak, this is just a theory of mine. While my leaks are usually accurate, some of you might be aware that my hit rate with these theories is pretty poor; I’ve got the Xbox Series X wrong, I got Ampere’s node wrong, and I got RX 6000’s Infinity Cache and memory wrong. This usually happens because I didn’t have the correct perspective and didn’t understand what was important and what wasn’t. With that in mind, I’m going to go through the problems with my theory.

One big issue is that I might be totally wrong that Rocket Lake S has a dedicated graphics die. On one hand, if Rocket Lake is a backported version of Ice Lake S, the graphics would have to be reworked anyways to include Xe. On the other hand, the only person reporting this is me myself. There was an interesting leak from early 2019 which showed a Rocket Lake U using “10nm graphics” on an internal roadmap. But another internal roadmap published in the same article showed a Rocket Lake U with “14nm graphics”. There seems to be hardly any information at all concerning the graphics. Surely Intel didn’t backport both Sunny Cove and Xe LP to 14nm? Surely that’s a waste of resources for Intel?

That brings me to my next point. The most crucial premise here is that Intel would not spend significant resources to develop a desktop only chip. However, my common sense has led me down the wrong path plenty of times, so perhaps Intel would in fact develop Rocket Lake solely for the desktop even if I can’t figure out why.

I also could be overestimating the value of Intel’s Rocket Lake announcement omitting the node. Intel did not disclose Comet Lake S’s 14nm node initially, so Rocket Lake isn’t unique in this respect. Furthermore, the details Intel has not yet disclosed could be totally benign. Rocket Lake S hasn’t come out yet so Intel doesn’t have a reason to disclose everything.

I really like this MCM theory because it fully explains Rocket Lake’s existence and hardly contradicts what we know about Rocket Lake. However, it is not supported by hard proof and it relies on possibly falsifiable premises. At the very least, there’s something strange about Rocket Lake, and that easily makes it Intel’s most interesting and mysterious CPU in some time.