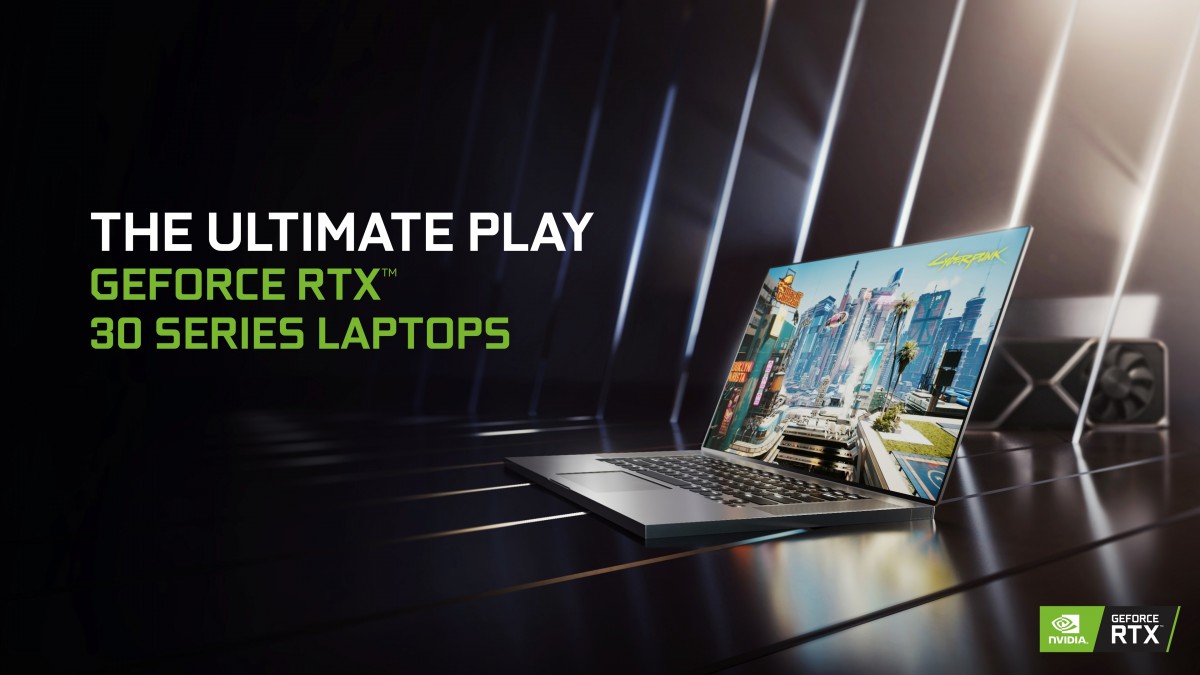 Earlier this week we saw Nvidia announce the mobile lineup for their 30 series cards along with one addition to the desktop series with the RTX 3060.

We should point out that these are going to be vastly different in performance since these are Max-Q models rather than the standard mobile versions Nvidia has used in the past.

Nvidia has also brought updated some technologies as well as brought some new ones to the mobile space.

The first is dynamic boost 2.0 which dynamically shifts power between the GPU, GPU Memory& CPU via AI wizardry which seems to be a growing trend in the industry,

The second is Whipermode 2.0 which uses AI-powered algorithms to manage the CPU, GPU, system temperatures, and fan speeds to deliver great acoustics and the best possible performance.

The third is the resizable bar, a PCI Express feature that enables the CPU to access the entire GPU frame buffer at once, improving performance.

The fourth, DLSS, delivers a massive performance boost at the same power by using the Tensor Cores to do groundbreaking AI rendering. We also see a lot of laptop partners move away from 1080p screens towards higher refresh rate 1440p screens which might be something Nvidia is pushing for.

Starting January 26th, 2021 manufacturers will start shipping the new devices featuring the RTX 3080 and 3070 while the 3060 laptops will launch on February 2nd.