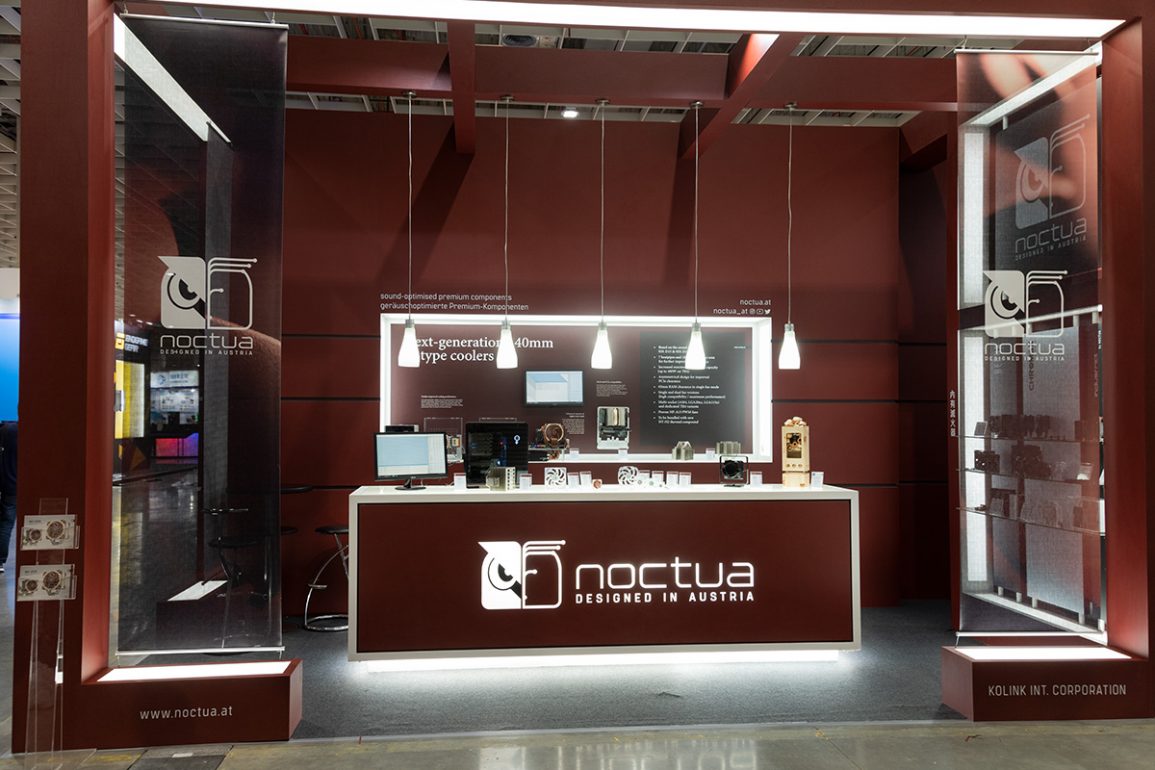 Last year at Computex, Noctua demonstrated and later that year released their 120mm Sterrox liquid crystal polymer fans. Sterrox is a different material that allows the fans to keep the distance between the blade tips and inside of the frame shorter to a distance of only 0.5mm compared to 2mm for most fans, and this will keep pressure leakage through the gap between the impeller and frame at a minimum.

The material is similar to Kevlar and has a very ordered molecular structure which will keep it from deforming over time due to the centrifugal forces. Sterrox plastic polymer in comparison to cheaper PBS plastic has extreme tensile strength and low thermal expansion coefficient that gives it dimensional stability, this keeps the fan from deforming and elongating over time and hitting the fan housing.

For those who aren’t engineers – why this is impressive is they are supposed to have about the same airflow and a quieter noise level as a 140mm traditional PBS fan as the smaller air gap keeps static pressure higher and the rigid materials will vibrate less keeping them quieter.

These big boys will likely be THE best fans on the market and would be great for just about every build. That is unless you want RGB LED fans with chrome strips on them.

These fans will be designed for every other use case, small form factor builds, VRM cooling and just about anything else you can come up with.

Noctua has also updated their Chromax all-black fans with swappable red, white blue, green yellow and black anti-vibration pads and colored cables. The fans that will be available are the PWM variants of the following AF-A20 NF-A12x25 NF-A12x15 NF-A9 NF-A9x14 NF-A8

Noctua will also showed off their white versions of the Chromax fans these will also have the same optional colored cables and anti-vibration mounts, they will be released in 2nd quarter 2020.

Noctua has also worked on retooling their existing NH-D15 cooler which will have 10% more surface area compared to the original and a 7th heat pipe compared to 6. Noctua also says they’ve tested it with demanding heat loads on high TDP CPUs after overclocking. They used a demonstration of a dual fan TR4 cooler that can handle Threadripper CPUs that put out over 400W.

Though the biggest deal for most mainstream users is the improved asymmetrical design which will allow them to clear the top PCIe slots on M-ATX motherboards and increase RAM clearance allowing single fan models to be used with modules of up to 65mm tall.

This is probably one of the most interesting things out of the Noctua booth. It’s not too often we see passively designed heatsinks. Noctua says this one is aimed at both passively cooling and low noise fans mounted in the case or cooler for semi-passive set ups as well.

They say that it can cool up to 120W of waste heat in a fanless case and 180W in one with quiet case fans or a fan directly on the cooler. They have designed it for better PCIe clearance and has 100% RAM compatability on LGA115x and AM4. It will be releasing sometime next year and be bundled with their new NT-H2 thermal paste.