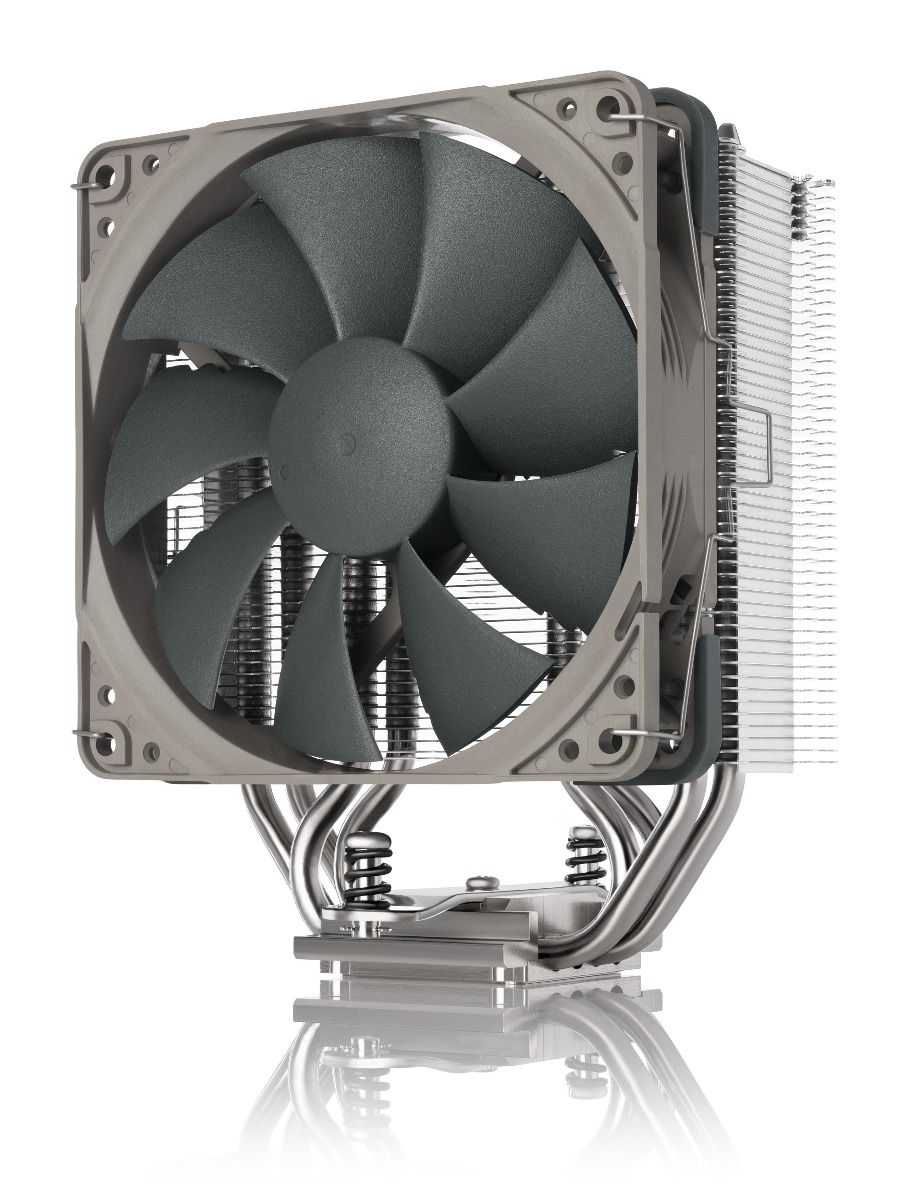 Today we’ll be looking at Noctua’s NH-U12S Redux, a mid-range CPU Cooler that typically retails for $49.95 USD. Noctua advertises the U12S Redux as “a streamlined, accessibly priced version of the iconic NH-U12S” – and as such we’ll be testing it against the “OG” Noctua NH-U12S to test these claims. Let’s start with a quick overview of the packaging and official product specifications.

The NH-U12S Redux comes in a medium sized box, with cardboard inserts for protection.

Noctua also included the 2nd fan upgrade kit with the cooler, pictured below. It comes with an extra fan, clips, anti-vibration pads, a fan splitter, and a low RPM adapter for those who want the lowest noise levels possible.

There’s more to a cooler than just it’s heat sink. The fans included have a huge impact on cooling performance and noise levels. Included with the U12S Redux is the NF-P12 redux-1700 PWM fan.

Differences between the two coolers

At first glance, you won’t notice much of a difference in the looks between these coolers.

The heatsinks are virtually identical, the main difference being the additional heatpipe (5 in total) in the “OG” NH-U12S compared to the 4 heatpipes which come with the NH-U12S Redux.

Another difference worth mentioning is that the heatpipes with the NH-U12S are soldered, whereas they are not soldered for the Redux version.

The installation of the NH-U12S Redux is just like any other Noctua cooler – pop in the backplate, push in the plastic standoffs, and then plop on the brackets and secure them with mounting screws. The first two photos pictured below are from our previous NH-D15 review, the only difference is the mounting bracket is of a slightly different size.

For Cinebench and AIDA64, I ran each test for 10 minutes – but removed the first 2 minutes of temperature data to account for the warm up period. For games, I used a scripted benchmark and averaged the results of 3x runs. I tested each cooler with no power limits and with an enforced 105w TDP (to simulate a less power hungry CPU), using the “full speed” profile available from my motherboard’s BIOS settings with both default and upgraded fans.

The first tests were done with a TDP enforced at a 105w limit, as most consumers considering mid-range coolers will likely be using a CPU such as AMD’s Ryzen 3600x. In all of these tests, both coolers were more than capable of handling the heat.

While TDP limited testing is interesting, most DIY users – especially those with high end CPUs – will be running without power limits. For these tests, I tested both coolers with their default configurations and with an industrial fan. For the NH-U12S Redux, I also tested it with the 2nd fan upgrade kit.

In AIDA64, both coolers ran a bit toasty – but within acceptable limits. The Redux kept the CPU at 89c, and the older NH-U12S ran at 87c – both with an ambient temp of 25c.

Gaming is a much less demanding load than AIDA or Cinebench, as such both coolers performed well in these tests.

I purchased a Decibel Meter to more accurately report acoustic information, but I found it difficult to take consistent measurements with it – and I’ve found that decibel measurements can be somewhat deceptive as other factors such as pitch can effect perceived noise levels. I’ve included both approximate dB(a) readings and audio recordings for comparison.

With both coolers, the single-fan configurations are very quiet – but using the 2nd fan upgrade kit increased noise levels significantly. Surprisingly, using an industrial fan was quieter than using 2 fans!

On it’s website, Noctua states that “The NH-U12S redux is a streamlined, more affordable version of the NH-U12S. […] Its raw cooling performance is on the same level as the regular NH-U12S” – and that’s pretty much the truth. Indeed, the Redux version of the U12S provides the same “overall” performance as the original NH-U12S at a more affordable price – with enough cooling capacity to handle even the most power hungry of CPUs (as long as they aren’t overclocked).

If we want to nitpick, the Redux has slightly less cooling capability when compared to original NH-U12S, but only by 1-2c. It’s also slightly louder – but those are acceptable tradeoffs when you consider that it costs ~1/3 less than the original NH-U12S.