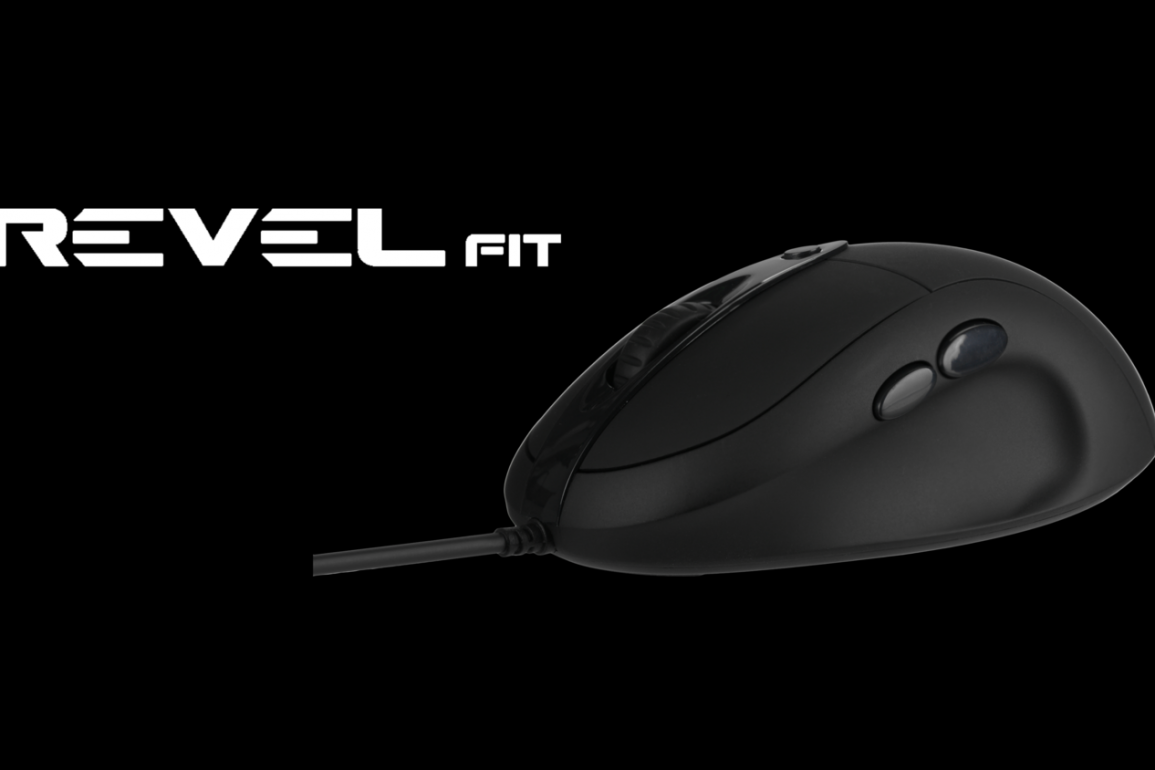 Nixeus, a company mostly known for its FreeSync monitors, recently launched its Revel Fit Gaming Mouse. Sitting in the ~$30 price bracket, Nixeus’s Recel Fit has a great deal of competition to overcome from the likes of Corsair, Logitech, and other lesser known companies like Red Dragon. Let’s see what Nixeus has done to make the Revel Fit stand out.

I’m not going to spend too much time on this section, most of this stuff will mean nothing to anyone but real enthusiasts for mice. The Revel Fit uses a PixArt sensor, the PMW3360, has up to 12000 DPI, 5 programmable buttons, uses Omron switches for left and right click rated for 20 million clicks, a 1 ms polling rate, and weighs 99 grams. On paper, it seems like the Revel Fit is at least fine for what it’s trying to do. I didn’t have any hardware or accuracy issues so I would say the specifications are good enough for this price point

In the ~$30 price bracket, the Revel Fit has competitors such as Corsair’s Sabre, some of the lesser known brands like Red Dragon, but also Logitech and its G402 Hyperion Fury mouse which is highly acclaimed for gaming. I just to happen to have a G402 and used it for a year or two, so that’s what I’m mainly comparing the Revel Fit to, though I will admit the Revel Fit isn’t really in the same category as the G402 (more on that later).

The Revel Fit looks not a whole lot like most other gaming mice. It’s very smooth and round, all black, doesn’t have any sharp edges, and only has a little RGB, a breathing blue LED that lights up the Nixeus logo and a little portion of the bottom of the mouse. It’s more comparable to things like the G403 and the Sabre than the G402. It wouldn’t be much out of place in an office or workplace aside from the LED.

It’s definitely not a super gamery type of mouse. If you’re not into the over-the-top-ness of the G402, the Revel Fit might suit you. It’s simple and low profile unlike many other mice made for gaming. Additionally, I had a hard time finding any other mice that really bucked the gamer style as hard as Nixeus did, so in this regard the Revel Fit is standing out.

But when you look at this mouse (and I didn’t make this connection on my own), you might be reminded of a mouse that debuted nearly a decade ago, the Logitech G400. This mouse came out in 2011 and the Revel Fit seems to be emulating it, making it sort of a retro mouse. This is why the G402 isn’t exactly the right kind of competition, but it might be interesting to note what the difference is between then and now.

I wasn’t sure how to describe how the Revel Fit felt until I went back to my daily driver, the G900 and my old G402 for testing. The Revel Fit almost feels sort of fuzzy, which isn’t a bad thing. It feels really nice in the hand and for a long period of time I’d probably prefer it over the G402. The Revel Fit, despite not feeling smooth, has a small amount of friction which I found to be quite consistent.

However, for gaming, this might be a disadvantage. The G402 looks smooth but it has a stickier surface, almost like rubber; you need to use a little more force to move your fingers on the G402 than the Revel Fit. This helps keep your fingers in place on the Logitech mouse a little easier and that might matter for intense situations like in a shooter. This is a very subtle difference though and I wouldn’t expect it to be a big deal for most people.

When it comes to the amount of buttons and their features and quality, the Revel Fit is a little disappointing. There’s only five buttons: left, right, and middle click and the two side buttons which are programed to do forward and back on browsers by default. There is one additional button to change the sensitivity on the mouse, though it’s a single button that cycles through the different levels.

By contrast, the G402 has the same amount of programmable buttons as well as two dedicated buttons for changing the sensitivity (one for higher and one for lower) and a “sniper” button that lowers the sensitivity to the lowest amount for more accuracy and precision in shooters. When it comes to gaming, the G402 is simply better on a feature basis. The cycle on the Revel Fit is just awful and confusing without an LED that tells you what sensitivity you’re on like the G402 has.

Overall, the button quality on the Revel Fit is fine. The left and right click are very clicky and somewhat loud but they’re good. Middle click on the mouse wheel is also clicky. The side buttons, though, are kind of cheap feeling and a little loose. They’re also pretty clicky and loud. I’d just simply describe the buttons as clicky. They’re not mushy at all and they’re pretty easy to click. The only really bad thing about them is that they’re loud.

The G402 is a little mushier compared to the Revel Fit, though that does make it much quieter. However, one thing Nixeus is missing that Logitech has on its mice (not just limited to the G402) is a sort of bounce back when you click down. In my experience, the Revel Fit was more prone to being pressed down a little longer than you’d want, especially in a situation where you’re clicking very quickly. The click on the Revel Fit is more satisfying but it’s not as good as the G402 for some types of gaming.

I mostly played Europa Universalis 4 over the few days I used the Revel Fit so it was fine there but when playing God Eater (think Monster Hunter but with bigger guns and more of them) I can see myself getting frustrated if my left click got stuck while I was unloading my shotgun which is full manual and needs a click for each shot. I played alot of God Eater when I used my G402 and didn’t really experience the left or right click getting stuck.

It’s a very subtle thing, but in this regard the G402 is slightly better for gaming. That force behind the G402’s left and right clicks can be important for rapid button mashing. The Revel Fit is easier to click and has a more satisfying click, however; compare that with the G402 which has such a quiet and mushy click that I wasn’t sure if it was actually working for a moment. Basically, Nixeus has better feedback but Logitech has a higher rate of button presses.

It’s going to come down to personal preference which one you prefer. If you find yourself spamming left or right click or want as much silence as possible, something with a little resistance like the G402 would be good. If noise doesn’t bother you and you like having strong feedback when you click, the Revel Fit is perfect.

The Revel Fit does have software like Corsair and Logitech do for their mice, though it seems like Nixeus is still working on it as it is “not available.” Based on the promotional pictures, it seems like it will allow you to customize buttons, DPI settings, polling rate, and RGB with up to 4 profiles. However, as it doesn’t exist, I can’t test it, so if software is something that interests you, then you’re going to have to wait. I wouldn’t say this is really a deal breaker, personally.

Overall, I like the Revel Fit. The texture is nice, the clicks are satisfying, and its deficencies aren’t big enough for me to have noticed most of the time. I didn’t really do much but play Europa Universalis 4, browse the internet, and do general productivity stuff while using the Revel Fit and I can’t say I caught myself feeling bothered by the fact that I had switched to a much cheaper mouse than what I usually used, the G900 Chaos, besides from the switch from wireless to wired, and even that didn’t bother me much. I feel like the Revel Fit is a very competent mouse.

That being said, it’s not a great gaming mouse. Rather, it’s more like a normal mouse that can also game. I wouldn’t get the Revel Fit if you’re looking for a mouse that will be used for moderate or intense gaming. The Revel Fit is instead a good compromise for those who do play games every now and then but mostly do other stuff like web browsing and work. For the ~$30 price point, the G402 is simply a better choice for gaming.

That being said, I still recommend the Revel Fit if you want something simple, low profile, and good for mostly anything. It’s a great choice for casual gamers or anyone who isn’t a fan of the gamer aesthetic that other brands typically take with their gaming focused mice. It might also appeal to those who appreciate the older style of gaming mice which have kind of died off.