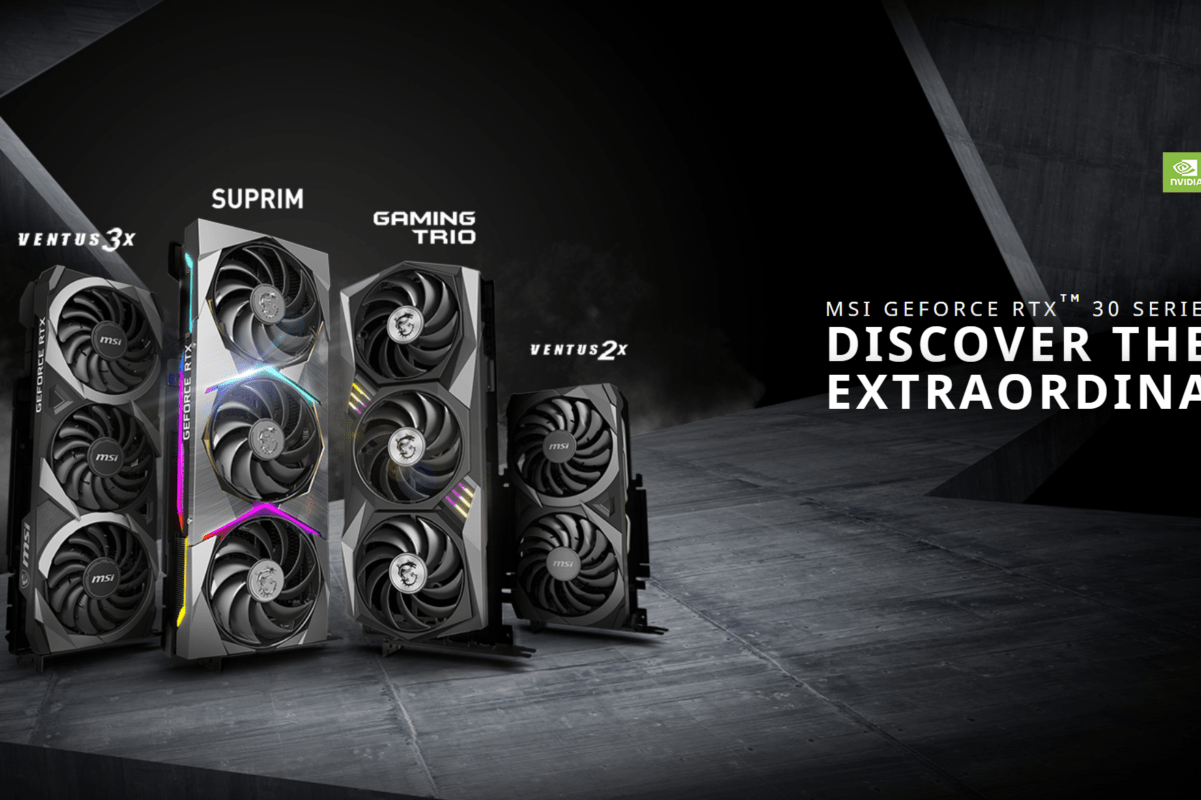 The Nvidia RTX 3060 is the entry-level card into the 30 series family coming at $329. MSI introduces the new chip into their gaming lineup.

This card is three fan cards with the new TORX fan 4.0 design with pairs of fan blades bound together with an outer link, forming a rim that focuses airflow into the updated TRI FROZR 2 cooling system. It is also RGB or as MSI likes to call it the “Mystic light” which is controlled by the Dragon Center software utility. The Trio has been given a new look while maintaining the same great balance between performance, cooling, and low noise levels.

Think of this one being the little brother to the Gaming Trio just with two fans (Maybe MSI can call it Gaming Duo?). It features the same TORX fan 4.0 design as its older brother. The heatsink offers aero- and thermodynamic dissipation to keep the card cool and offering the best possible performance. This model also features the Mystic light and control via the Dragon Center software utility.

Now enhanced with MSI’s TORX FAN 3.0, and available in triple and dual fan variants. The VENTUS follows the approach of don’t fix what isn’t broke and retrain the same design.

This one is a card loved by the mini ITX community. The Aero utilizes a single high-performance fan on a compact heatsink with efficient heat pipes for optimized thermal dissipation to offer the best possible in a more compact footprint.