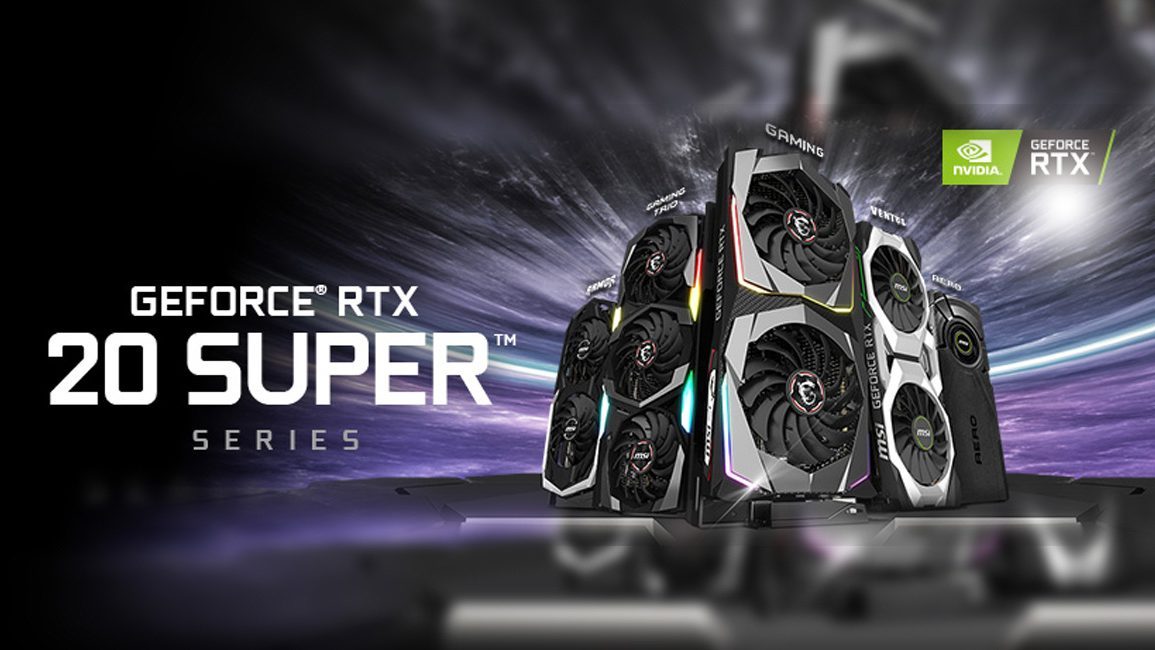 Starting with the higher-end models, we have a pair of models for both the RTX 2080 SUPER and the RTX 2070 SUPER, these include:

The slightly stepped down VENTUS series will feature a dual-fan configuration along with TORX 2.0 fans, and the same ‘boosted’ PCB design.

For the entry into the SUPER series, we have a total of four different models from MSI including:

The GAMING X models feature many of the same features as the larger GAMING X TRIO cards, in a smaller dual-fan design. You get the same TwinFrozr 7 cooling solution along with the TORX 3.0 fans, as well as the ‘boosted’ PCB and premium backplate.

The GeForce RTX 2060 SUPER VENTUS, again features the same dual-fan design as the 2080/2070 SUPER VENTUS models, but in a smaller overall package.

The ARMOR features a dual-fan design with a black and white styling. Again, you get the TORX 2.0 fans, along with the ‘boosted’ PCB.

Finally, we have the MSI GeForce RTX 2060 AERO, which a compact 174mm (6.8-inch) single-fan design. This one is tailored for small-form-factor and HTPC builds.

No word yet on specific pricing for any of the models announced, but we’ll be sure to update as we have more information.