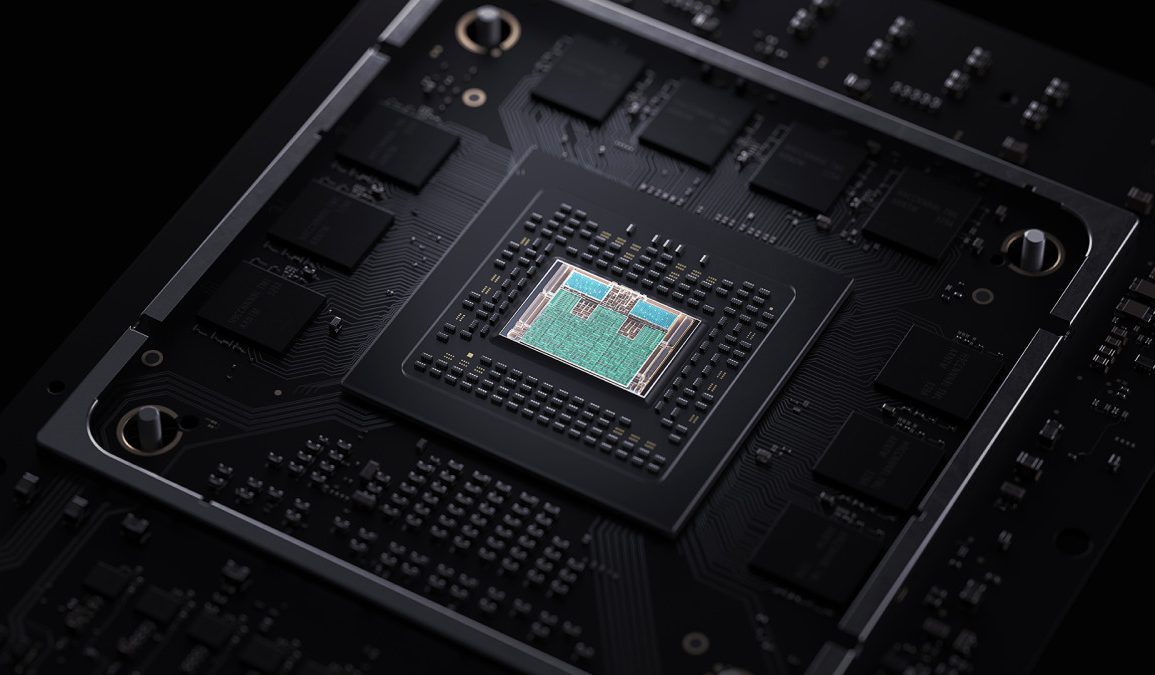 Though the new Xbox Series X is set to launch at the end of the year (at the earliest), Microsoft hasn’t been able to stop itself from touting how powerful its next console is, and today they revealed the most important specifications about the system. It would actually seem that the rumors and speculation were close to the final picture: 52 compute units (or CUs), a 360 mm2 sized die, and a sizable GDDR6 VRAM at 16 GB.

Let’s break down each of these specifications one by one. First, the CPU uses the Zen 2 architecture which launched in the middle of 2019, and these CPUs have proven to be really good at gaming, so I don’t anticipate we’ll run into another Jaguar situation. What’s really good about the specifications of this CPU is the clock speed, which is thankfully very high for a console processor. While the lowest end desktop CPU with 8 Zen 2 cores, the 3700X, does maintain a much higher clock speed than this, it should be kept in mind that this Zen 2 CPU for the Xbox has to run at a much lower power draw than any desktop AMD CPU.

We should also think about the aspects of this CPU outside of the cores themselves, because not every CPU with Zen 2 cores is the same. With Zen 2, AMD introduced chiplets, a kind of processor packaging in which processors are made with multiple dies that each have dedicated functions. Microsoft did not pursue chiplets but instead ordered a monolithic processor with a single die, making this processor more similar to AMD’s Renoir which is focused on laptops. One of the big differences between Renoir and Matisse (the chiplet based Zen 2 desktop CPU) is L3 cache size, which is 32 MB on Matisse but only 8 on Renoir; cutting down the L3 cache size really reduces the die size and power. I suspect that L3 cache could be only as large as Renoir’s but Microsoft has not specified that yet.

The GPU is not super surprising; we already knew it was a custom RDNA2 GPU. Most rumors anticipated a GPU with 56 CU, and the 52 actual CUs aren’t far off. Though, the processor might actually have 56 CUs with 4 being disabled for better yields. Combined with its 1.825 GHz clock speed and the improved RDNA2 architecture, this GPU should be at least noticeably faster than AMD’s 5700XT, their flagship GPU with 40 CUs at ~2 GHz built with the original RDNA architecture. In fact, it would not be surprising if only the high end Nvidia GPUs, the 2080Ti and the 2080 Super, could consistently beat this custom AMD GPU.

The CPU and GPU are on one single processor (an APU) and consequentially this ends up making the whole processor rather large at 360 mm2, the largest 7nm die made thus far. 360 mm2 is in line with speculation from earlier this year, and it has to be said how impressive this size is. Renoir is 150 mm2 and the 5700XT is 250 mm2, for reference. When combining a CPU and GPU, space is easily saved by removing parts that would be redundant, but also consider that the custom GPU has 12 or 16 more CUs than the 5700XT. 360 mm2 for a processor that blows even decently high end PCs out of the water is tiny.

Finally, the memory, which is not particularly special. The most interesting part about the memory is how Microsoft specifies the bandwidth at different amounts of memory; 13.5 GB of this is for games while the other 2.5 GB (of the slower kind) is used for the OS and background processes. 10 GB for gaming is more than enough and it’s more than almost every single gaming GPU made for PCs, only beaten by the 1080Ti of 2017 and the 2080Ti of 2018. However, it should be kept in mind that this GDDR6 is for the GPU and the system as a whole, whereas in a typical PC you would have dedicated GPU VRAM (say 8 GB of GDDR6) and dedicated system RAM (say 16 GB of DDR4), so it’s not quite an apples to apples comparison.

Overall, the new Xbox looks really powerful, and that’s a good sign for the longevity of this system. Current generation consoles were hobbled with a rather weak CPU and graphics solution, but the next generation looks to totally reverse this by using the world’s fastest x86 CPU core and a highly anticipated graphics core. The new Xbox also brings features like ray tracing, and I recommend you read their blogpost for those kinds of details.