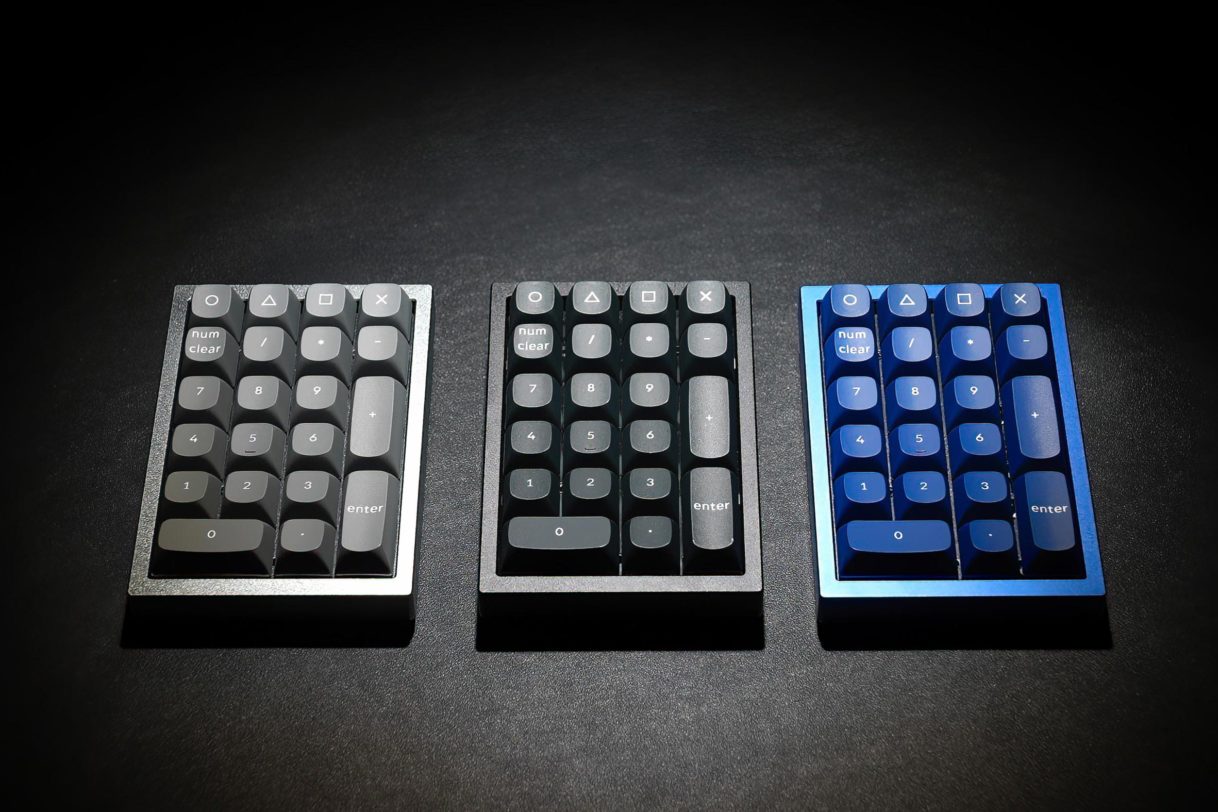 Keychron started as a Kickstarter project under the name of Keytron in 2017, formed by a group of 3 keyboard enthusiasts with experience in the industry after they had a conversation regarding things they didn’t like with existing mechanical keyboards. Their initial Kickstarter project was a wild success, raising nearly $330,000 USD. In the years since, Keychron has become one of the most popular names in the mechanical keyboard community and are well known for their keyboards.

Today we’ll be taking a quick look at the Q0, a mechanical numpad which can be used in conjunction with numpad-less keyboards. Well, technically I suppose you could use it with keyboards that already have numpads – or just by itself, but that would be quite strange wouldn’t it?

The Q0 comes in a small sturdy box, protected by molded padding on the inside and covered with a soft covering for protection.

Features of the Q0

Like the Q-series keyboards, the Q0 is extremly sturdy being comprised of Aluminum & Steel. You could probably use it as a hammer if you needed to. It’s a bit heavy for being so small, weighing at 1.1lbs/500grams. The included keycaps are double-shot OSA PBT.

Below is a video taken with my cell phone, demonstrating the noise levels created with a basic typing test of the numpad. It’s fairly quiet. As shown above, this unit came with Gateron Pro Red Switches.

And here’s a demo from Keychron, for those interested:

The overall typing experience of the Q0 is pretty similar to the previously reviewed Q3 keyboard. Keys land fairly softly, but if you bash caps when you type you might need to type little bit lighter to avoid making your fingertips raw.

The Q0 numpad is a solid, sturdy numpad that will make a great addition to Keychron’s numpad-less Q-series keyboards for those who need a numpad for work purposes. It’s fairly quiet while typing on.

In the Q3 review I joked that you could probably defend yourself from the Zombie apocalypse with the Q3 because of how strong and sturdy it is. Well, the Q0 wouldn’t be quite as useful due to it’s smaller size, but it’s just as well built.

The only thing I don’t like about the Q0 is it’s price – $79 is a bit steep for a numpad. That said, this is a premium numpad, and it’s sturdy enough you could probably break a car’s window with it. It’s expensive, but it’s backed by quality construction. I like it.