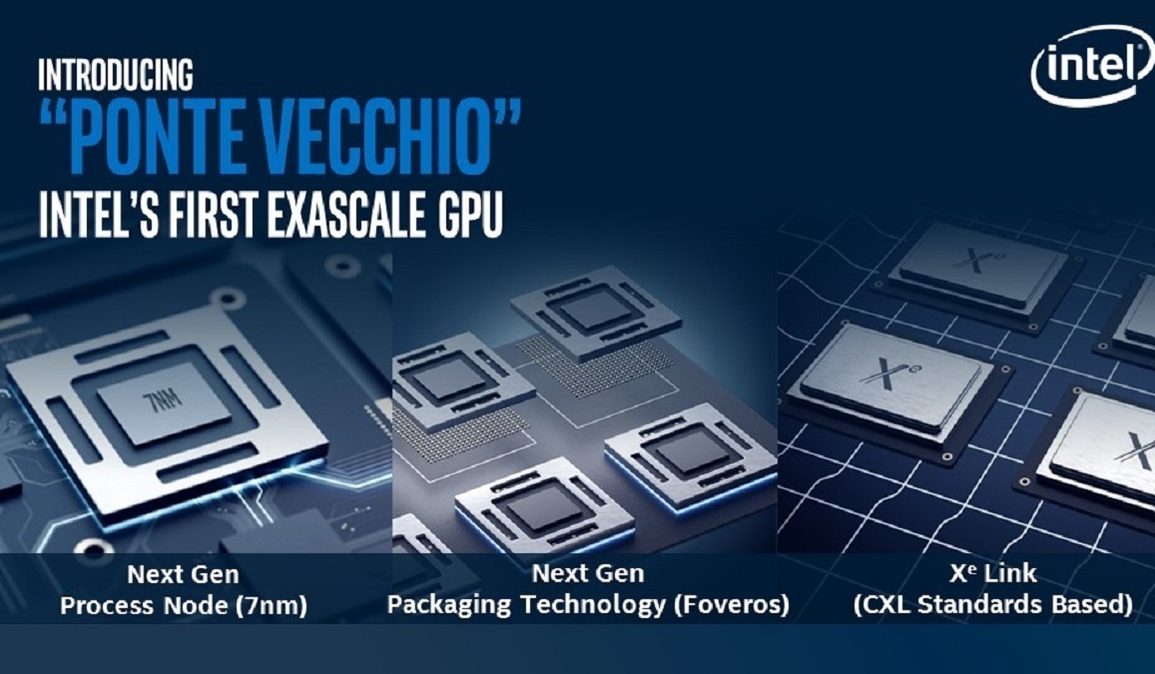 Updated at 9:57 PM EST, February 10 with explanation on die count.

Digital Trends reported today that they got some interesting Intel documents and said “Intel plans to make discrete graphics cards, and yes, that’s exciting. But so far, it’s kept a tight seal on the details. No longer.” Well, Intel actually hasn’t kept such a great lid on Xe judging by the exisitence of our leaks, which the author perhaps isn’t aware of; that said, Digital Trends deserves some serious credit because the information they have published is actually just in line with what we’ve reported and some of it covers matters that we haven’t revealed.

What Digital Trends says they have is an internal Intel presentation, and they’ve published a few of the slides. The key points are that each Arctic Sound GPU has 128 EUs, Arctic Sound’s TDP maxes out at 500 watts, and that Arctic Sound is covering every segment of the market thanks to its variable die count. Digital Trends has also reiterated almost every major point of our own Xe leak, which is a good sign that this information is probably correct.

One of the slides Digital Trends published reveals the platform names, configurations, and specifications of 7 Arctic Sound GPUs. As we can see, there are some codenames here: Wilson City/Point, Sawtooth Pass, and Coyote Pass. We also have tile count and TDP, the former of which confirms our leak that Arctic Sound would be available with 1, 2 or 4 GPU dies (or tiles as Intel calls them). Additionally, we can see that each one of these GPU dies will consume anywhere between 75-150 watts, which is higher than DG1’s TDP of 75 watts or less. All of this seems to check out.

We were also given information about the die configuration of the fully specced, highest end Arctic Sound GPU. We were told 12 dies and 4 tiles, and we initially assumed all of these 12 dies GPU. However, we tried to figure out how exactly that would make sense on a physical package and we really couldn’t figure it out. A fan on Twitter helpfully pointed out that it might be 4 GPU dies plus 8 HBM2E modules, which can be called dies. We will follow up with our sources on this to confirm, but this is probably what our info on there being 12 dies and 4 tiles meant.

Another slide shows that Arctic Sound comes with HBM2E, which we also leaked. Digital Trends’s slide also shows that it will be PCIe 4.0, which could be important for this sort of datacenter focused GPU. Though, none of Intel’s platforms at the moment support PCIe 4.0; hopefully Intel will have server CPUs equipped with PCIe 4.0 by the time Arctic Sound lands.

This final slide is actually really interesting because it shows what exactly Intel expects this thing to be used for. This has basically everything on it, so Intel clearly expects Arctic Sound or at least future Xe products to be competitive with AMD and Nvidia’s much more established GPUs.

Overall, Digital Trends’s leak is very good and seems to be quite credible. We feel like these slides and many of the assumptions the author has made are likely correct. However, there are some other takes that aren’t quite as sound.

Firstly, the author asserts that Arctic Sound will use Foveros die stacking, but none of the slides really indicate that, and when he links to an Anandtech article describing how Ponte Vecchio, a 7nm Xe GPU, uses Foveros, it makes me think that he confused the 10nm Arctic Sound with the 7nm Ponte Vecchio. I’m not saying Arctic Sound can’t use Foveros, but currently no company seems to have a solution for die stacking that can feasibly cool a 500 watt product.

Second, the author conflates TDP with performance. We have no reason to believe that a 150 watt Arctic Sound GPU is as fast as a 2060 or a 5600XT. It might be, but given that we were told that Arctic Sound is “the worst of all worlds”, we wouldn’t expect such a GPU to be as efficient as either AMD’s or Nvidia’s GPUs. We would really caution speculation of Xe’s performance without hard figures, because our own intial speculation about Tiger Lake and DG1 was perhaps far too optimistic; what Intel showed at CES did not make us confident that either product had quite the gaming prowess we assumed.

The most important thing to takeaway from Digital Trends’s leak is that it’s probably true. It lines up almost perfectly with what our sources have told us. Additionally, Digital Trends has reported new information like EU counts, TDP, and platform codenames, which are all very nice to know. The Intel discrete GPU story is still being written; we will let you guys know when we have an update.