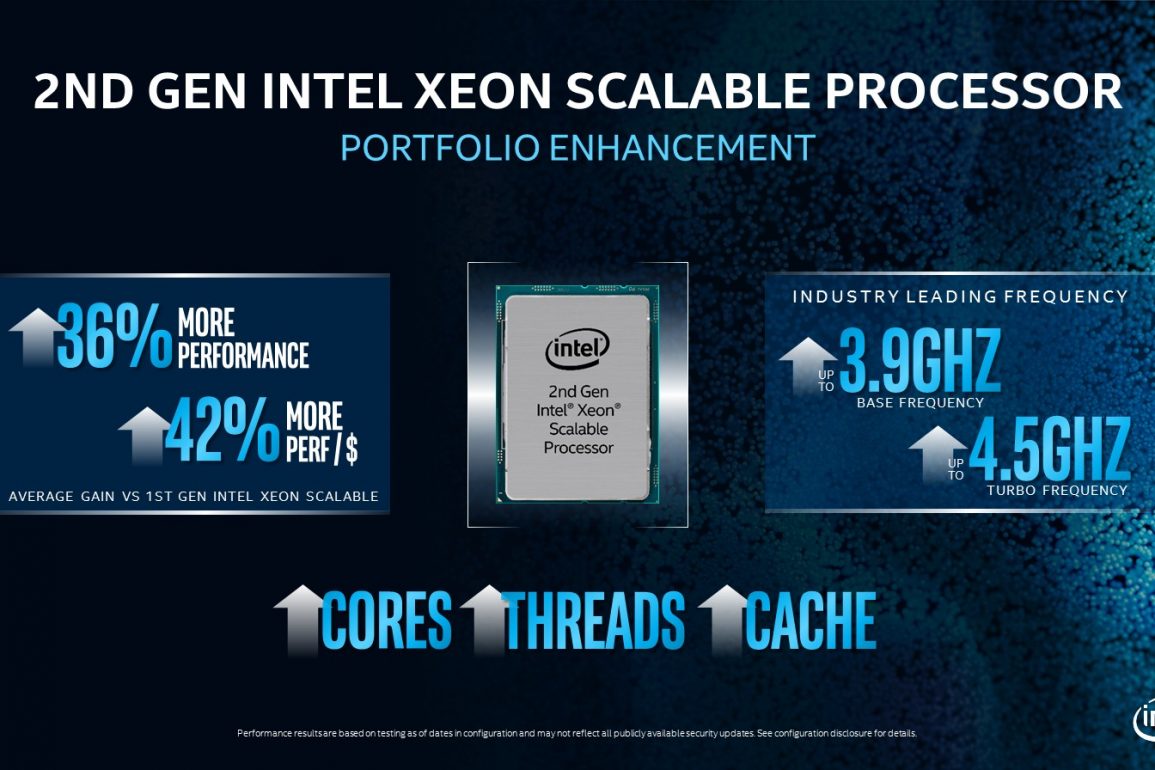 Intel Cuts Xeon Prices By As Much As 70%

Today, Intel has announced a new line of Xeon SKUs based on either the Skylake X or Cascade Lake X, something that was anticipated earlier this month. We expected a large price cut in line with the 10th gen HEDT CPUs (about 50%). However, SemiAccurate reported that Intel would be “cratering” the prices of these new Xeons, by “far more than 50%.” Now that Intel has finally unveiled these new Xeon SKUs, it’s clear that Xeon pricing has fallen by a massive percentage, by as much as 70% on some SKUs.

Additionally, we have created a table to show how much Intel has cut the prices by comparing the new SKUs to the most identical old SKU. This list is organized by core count. One caveat to note is that sometimes we couldn’t find an identical CPU, so sometimes a better new Xeon is paired with a worse old Xeon and vice versa. When the new Xeon is better than the old Xeon, that will make the price cut look lower than it should be, or when the old Xeon is better than the new Xeon, that will make the price cut look higher than it should be. Still, on the basis of core count, you will find this comparison useful.

Most of these SKUs are new in terms of clock speed and core count combination, which is likely intentional to mask exactly how much of a price cut Intel is giving here. However, the first two SKUs on the table are identical to older ones in everything but price, and the price cut seems to land somewhere around 70%. Some of these Xeons are actually the same price or more expensive than the older ones, but that is because some of these new Xeons operate at very high clock speeds.

So, it would appear that Rome has spooked Intel quite a bit. But why would Intel cut prices when demand outstrips supply? Perhaps Intel wants to make sure buyers aren’t waiting for AMD CPUs, and cutting prices would convince those who wanted to go AMD to instead go Intel. Whatever the case may be, Intel certainly seems to be taking AMD seriously now.