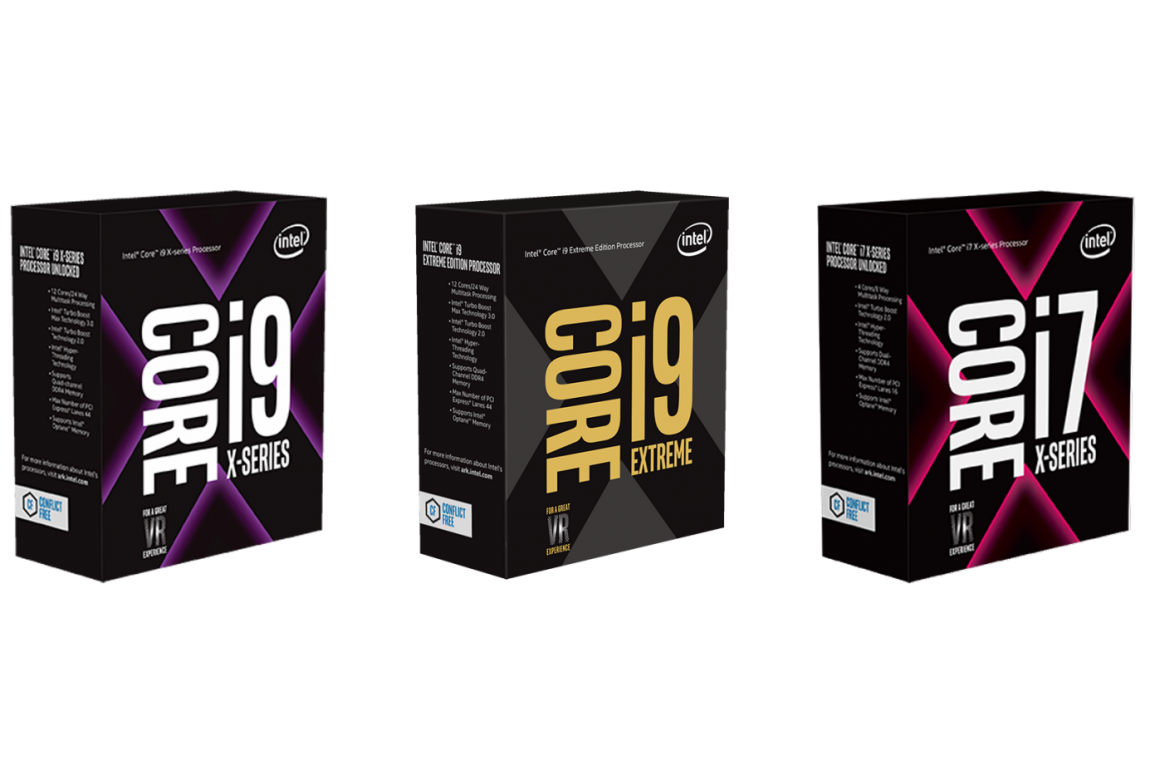 Intel originally slated October 7th for the official embargo date to launch the Cascade Lake-X series of HEDT CPUs. A leak revealed the lineup early and Intel decided to lift the embargo accordingly. So, launching now instead of October 7th, and becoming available for sale in November, we have four new CPUs for Intel’s HEDT offerings.

Intel is largely keeping their lineup the same. The same core counts, the same base clocks (with an exception of bumping the xx900 10-core base clock up by 200MHz), and keeping the CPUs at 165W TDP, all on the same 14nm++ process node. With no major differences on-chip, they’re still supported in X299 motherboards as well.

There is some changes, however. Intel’s upping the PCIe lanes to 48 (up from 44). RAM speed support is bumped up to DDR4-2933 if there’s only 1 DIMM per channel in the quad-channel setup. That drops to DDR4-2666 for 2 DIMMs per channel. The artificial limiter that prevented the 9000-series from stretching beyond 128GB has been raised, allowing up to 256GB of RAM.

Obviously, the most significant change is the price. Intel has decided to slash the entire lineup by around 50%. This is most certainly due to the heavy competitive pressure AMD has been causing, particularly with the 3900X and the impending 3950X and Threadripper 3000-series due around the same time in November. With the new price points, it actually brings Intel’s HEDT CPUs very close to the same cost per core as AMD’s Threadripper CPUs, with the i9-10980X pulling a $54.39/core verses the Threadripper 2970WX at $54.13/core; the best per-core value of the lineup.

As for new features, Turbo Boost 3.0 was updated to prioritize boosting not just two cores, but rather the best-clocking two cores plus the next best clocking two cores at a slightly slower speed, for a total of four cores boosting at a time, as opposed to only two before. This will certainly make Intel’s boosting technology a lot more useful in moderately threaded applications and environments. Also introduced is “Deep Learning Boost” which is instructions that help FP16 and INT8 AVX-512 vector code, providing double or even triple the performance compared to previous gens. This is most likely accomplished by packing multiple FP16 or INT8 operations together to be processed simultaneously on the larger FP32 or INT16 pathways.

This slide also gives us confirmation of Intel’s 2.5Gbps ethernet controller. It, the Wi-Fi 6, and Thunderbolt 3 “support” are obviously chipset-dependent rather than on being CPU of course.

So if you’re looking to upgrade your high-end desktop, you’ll obviously want to hold out until November to do so, as it can save you at least 50% of your CPU costs. We’ll have performance numbers for Threadripper 3 by then as well.