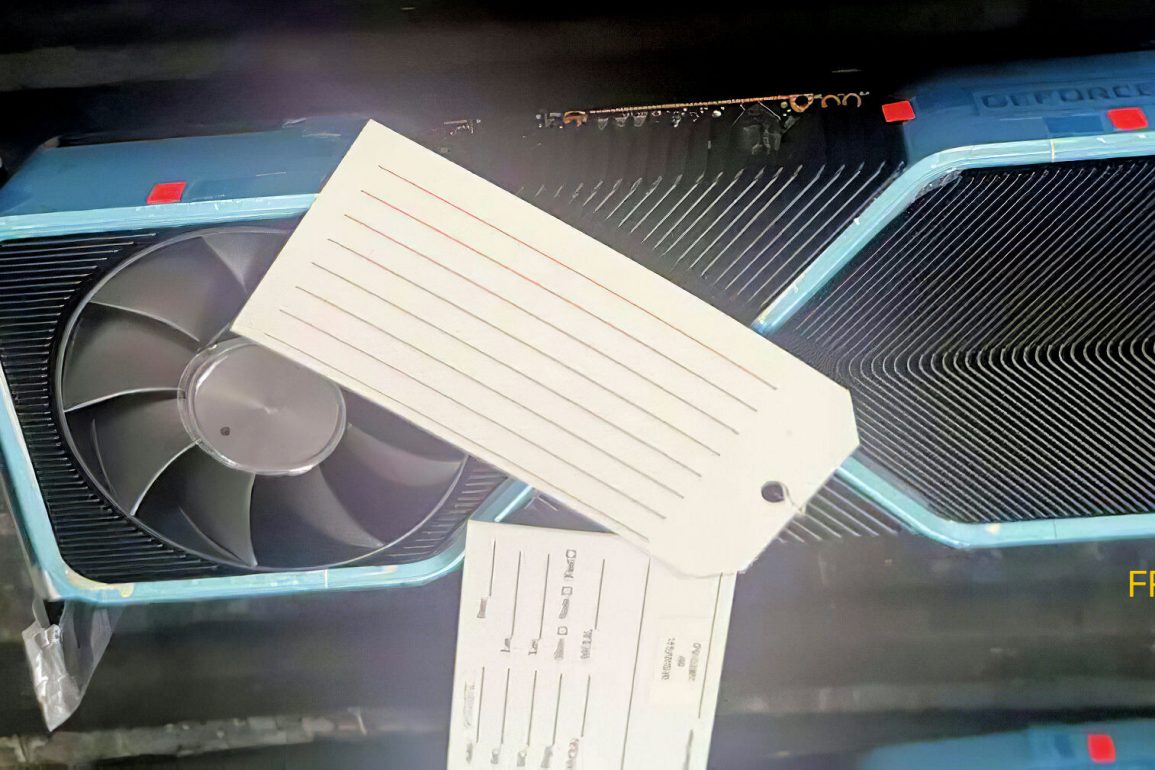 There has been a veritable explosion of RTX 30 series rumors coming out, the most notable being this leaked cooler allegedly used for the RTX 3080. We didn’t initially report on it because we weren’t quite sure what to make of it. We weren’t even sure if it was real; however, with such a crazy design, it’s hard to not believe that they are the real deal. Igor at Igor’s Lab followed up on this rumor and says the photos are legitimate. Additionally, the PCB is also shaped very weirdly, having a triangle shaped chunk taken out of it.

But perhaps more interesting is what information Igor has on the specifications. No core counts, but we are aware of the die used for the 3 highest end RTX 30 series GPUs as well as memory configuration. Firstly, GA102 will be used for the 3080, 3080Ti, and 3090 (which seems to have replaced the Titan). The usage of GA102 is significant because GA100 cannot be used for RTX Ampere, as it is not only too expensive but also lacks RT cores for ray tracing. Second, all of these GPUs will be using GDDR6X memory, with 10 and 11 GB going to the 3080 and 3080Ti, and 24 going to the 3090, which is another indication that this is basically a Titan. Thirdly, we have TDPs for all these GPUs, which are 320 watts for the 3080 and 3080Ti and 350 for the 3090.

This leak comes right on the heels of another leak that came out the same day the new cooler leaked. A new but seemingly trustworthy leaker speculated on (or actually leaked) possible specifications for the 3080 and it is notable that the VRAM capacity and type has been corroborated by Igor’s Lab. According to this leaker, the 3080 will have 4352 CUDA cores, making it equal to the 2080Ti in core count. Previously, he also speculated that the 3090 and new Titan would have 5248 and 5376 cores respectively. Of course, we did just say the 3090 might have actually replaced the Titan, but that doesn’t mean the specifications are wrong, just the names perhaps.

Take this all with a grain of salt, of course. But based on these rumors, it would appear that AMD does actually have a shot at getting the GPU crown for the first time since the 290X almost a decade ago. Given that the rumored 3080 has the same core count as the 2080Ti, it can only rely on 25% more performance at most from the 7nm clock speed boost. The 3080Ti and 3090, assuming they have 5248 and 5376 CUDA cores respectively, at best can be about 23% faster than the 3080. So, we could expect the top end RTX Ampere GPU to be about 45% faster than the 2080Ti assuming perfect clock and core scaling, which is very optimistic. Something like 30-35% is probably more realistic. Given AMD’s claimed 50% efficiency boost and the rumored ~500 mm2 Navi 21 die, it’s feasible that AMD could have up to twice the performance of the 5700XT, which would put it about 50% faster than the 2080Ti. Ampere needs at least moderate architectural improvements in order to comfortably beat Big Navi. Nvidia cannot solely rely on 7nm to do the job.

This is all of course napkin math, so don’t take it too seriously. But one should be expecting a rather close race this time, rather than Nvidia blazing past AMD, which has been the case ever since Maxwell. For the first time in almost a decade, a showdown in the GPU market is brewing.