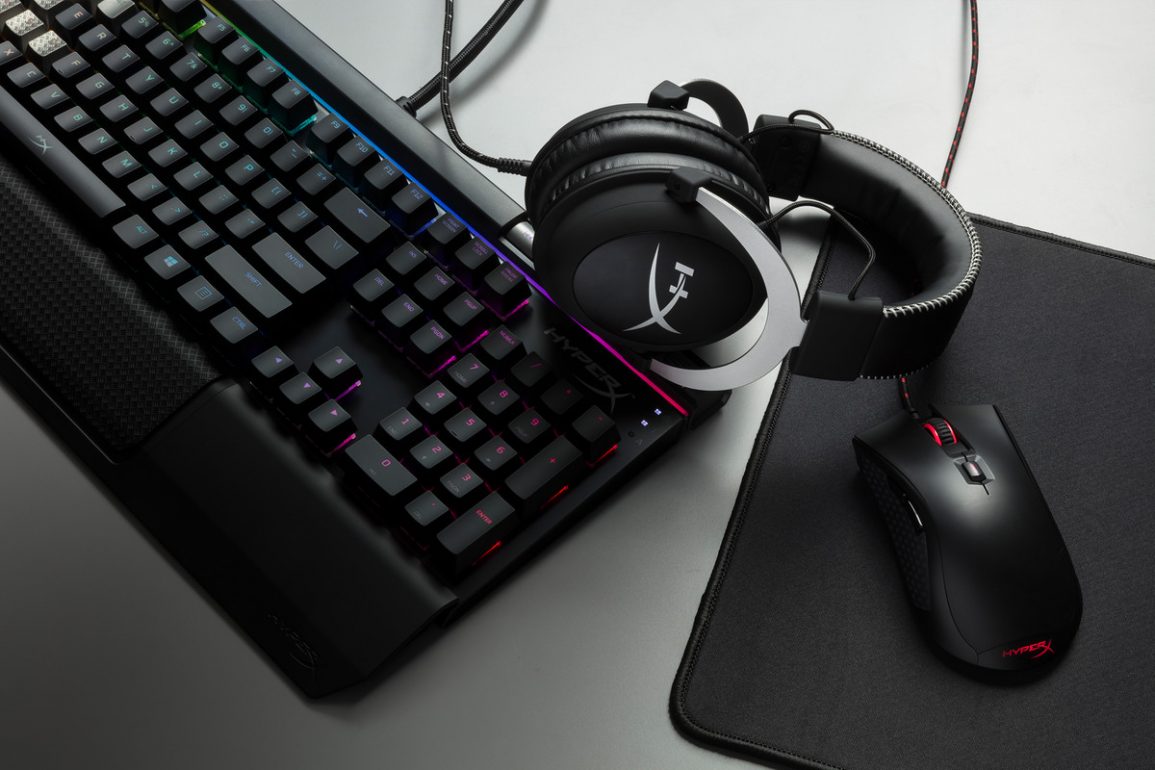 As Computex comes to a close there is still a lot to be covered. One of the major brands in PC hardware we haven’t covered is Kingston’s subsidiary HyperX. They’ve announced a new keyboard with “HyperX Switches,” a pair of gaming headsets, and new Fury DDR4 memory in both RGB and non-RGB variants. Let’s dive in below!

Kingston states that the new Origins mechanical gaming keyboard utilizes HyperX mechanical switches, specifically the HyperX Red switches that have a 45g actuation point, shorter travel time and have an 80 million life time clicks rating. The Alloy Origins also has the LEDs exposed on the switch which will allow brighter lighting. Kingston also says that it offers up to three custom lighting profiles that can be saved to onboard memory for macro and on the go lighting settings once saved from its HyperX NGenuity software.

The Cloud Alpha S is a new headset that is said to work on both console and PC. It features “Dual Chamber Technology” that HyperX says will deliver precise in-game sound with great range and tone. The headset interestingly enough features an adjustable bass slider and custom-tuned audio controls with 7.1 surround sound. Finally, it features game and chat balance controls to control the game and chat audio levels, which I assume is only for consoles.

The Cloud Orbit seems to be their step in to the high grade gaming headsets. It is developed in cooperation with Audeze and Waves technology. These are the first headsets using Audeze’s 100mm Planar magnetic drivers. It also uses Waves NX 3D audio for “an immersive cinematic audio experience brought to gaming” they say it uses the Waves NX head tracking technology to deliver “hyper-realistic 360 degree audio where users head movements bring the room to life 1000 times per second” This sounds like gesture controls. This could have a lot of potential as a “top tier gaming headset” though it should be at these prices.

HyperX says that they aim to use the new Fury line for cost-effective and high-performance memory kits, which goes in line with previous models. This time though, they’ve added everyone’s favorite new thing: RGB LIGHTING! In all seriousness though, it doesn’t seem too excessive and supports most motherboard RGB sync software like ASUS AURA, GIGABYTE RGB Fusion and MSI Mystic light.

Unfortunately, information on pricing or specifications aren’t announced yet. We have reached out to HyperX and will update when more information is available.