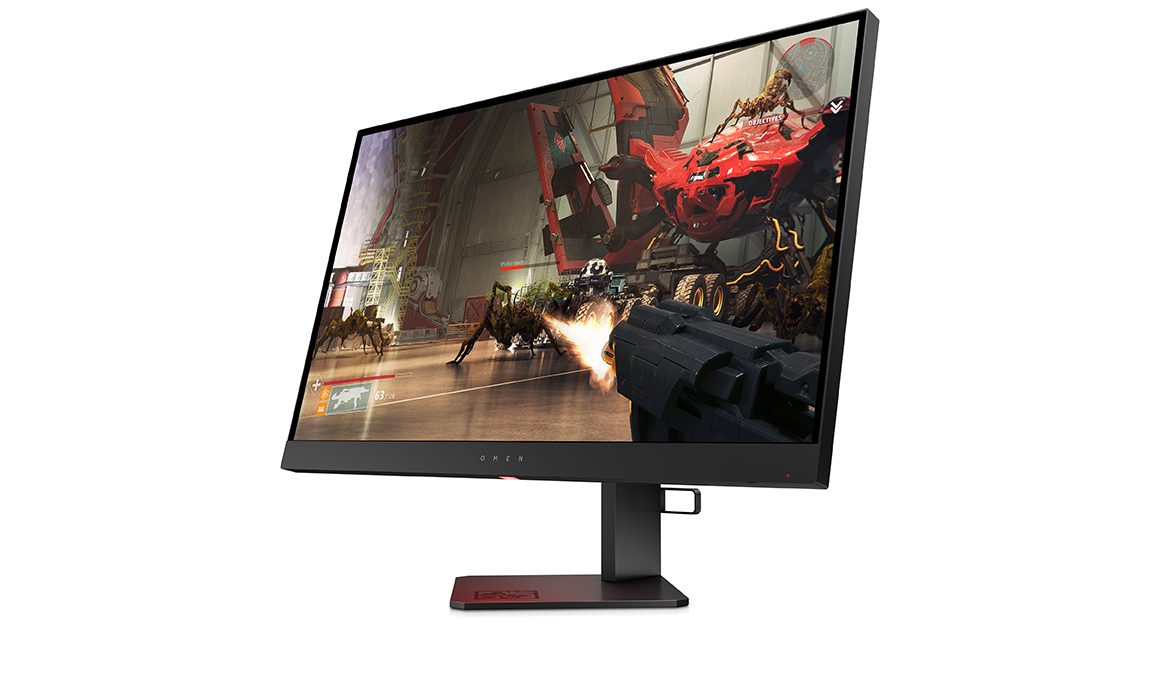 Back in May, HP announced a new OMEN X 25 monitor that was 240Hz, 1080p, and supported NVIDIA’s G-Sync. Now, HP has announced the big brother of that monitor: the OMEN X 27. With this new monitor, HP has upgraded most of the features, providing a larger 27″ display, 1440p QHD instead of 1080p, and even beefing up the variable refresh to support FreeSync2.

The FreeSync2 qualification of this monitor tells us a handful of specific features to expect. The support for DisplayHDR 400 as a minimum. The Omen X 27 just barely makes this with 400 nits with HDR on, dropping back to 300 nits with HDR off. We’d see brighter displays from IPS and VA, but the 240Hz is really what’s necessitating their use of a TN panel, so there’s some tradeoffs for that raw refresh rate. However, TN panels have improved recently, with improvements in backlighting technology, and this panel uses 16-zone bottom edge-lit backlighting which helps it reach the HDR colorspace. FreeSync2 also gives us Low Input Latency for both SDR and HDR content. There’s not a specific maximum threshold, but most monitors right now are passing this requirement simply by beefing up their processing hardware in the display. Lastly, Low Framerate Compensation is also supported. This kicks in when the framerate falls below the minimum supported adaptive sync rate (48Hz in this case), and rather than disabling adaptive sync, frames are simply displayed multiple times at a multiple of the required refresh rate. So 40fps can be displayed at 80Hz (or 120Hz), just duplicating each frame once (or twice). The supported FreeSync range is 48-240 via DisplayPort 48-240 via HDMI.

Other technical specs include the ability to reproduce 90% of the DCI-P3 color space. Being a TN panel, the viewing angles are 170° (horizontal) and 160° (vertical), which is pretty standard. Response time is rated at 3ms, but can hit 1ms with OverDrive. Typical contract ratio is 1000:1, but can reach 10M:1 dynamic.

The best thing about this monitor, well…besides the refresh rate, is the list of quality-of-life features. This gaming monitor is packed with little things that make a world of difference.

First, the monitor has an adjustable height (from 0 to 130mm [5.1 inches]). It can tilt from -5 to +23 degrees. It also includes a mounting plate for VESA mounting.

You can also see there’s a couple prongs on the top of the monitor stand, which is there to hold your gaming headset when not in use. You’ll no longer need to buy a separate stand or lay your headset somewhere in the way on your desk.

The monitor also includes an ambient light underneath that can cast a light below the screen to illuminate part of your desk surface. This can be static or animated, and there’s an option for “task light” as well. The brightness can be adjusted, as well as animation speed, or it can be turned off altogether.

There’s a low blue light mode as well, which seems to be a standard feature nowadays, honestly.

The monitor boasts having a “three-sided micro-edge” for minimal bezel around the display, making it more seemless for multi-monitor setups.

Lastly, there’s a 2-port USB 3.0 hub built into the monitor along with a single audio output for headphones.

HP provides the OMEN Command Center to give you a Windows method of controlling lighting, picture mode, response time, and on-screen overlays for the OMEN X 27. Overlays include an FPS Counter and a Crosshair Overlay with various reticle options.

The monitor comes with HP’s standard 1yr warranty and is expected to be available in September at HP.com and other retailers for a starting price of $649.99.