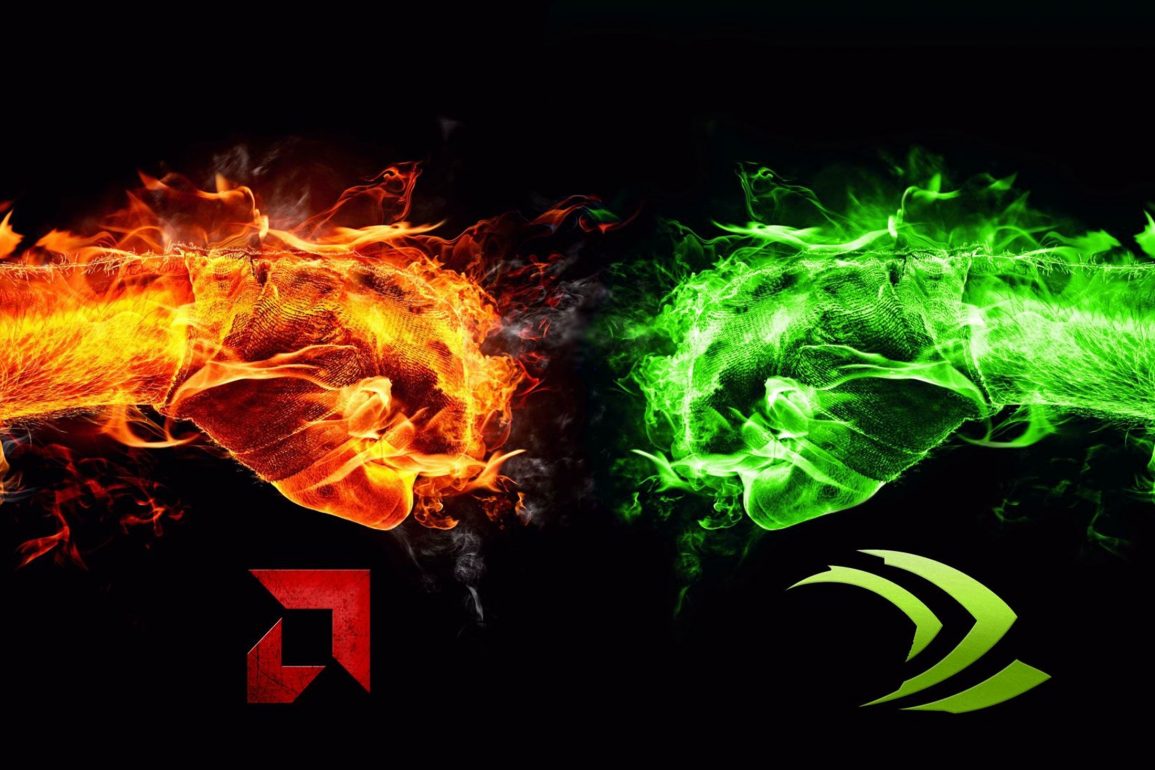 Recently, we reviewed the GIGABYTE GTX 1660 Ti Gaming OC, and while I did quite like the card I also noted that the Radeon RX Vega 56 would be a reasonable alternative, but lacked a card to compare against. Today, we’ll rectify that as I’ve managed to borrow a PowerColor Red Devil RX Vega 56 from one of the other staff members personal system (Thanks Matthew!) and will be putting it up against the GIGABYTE GTX 1660 Ti Gaming OC in a 1440p showdown.

This isn’t a typical review, so we won’t be going over things such as detailed specifications or an overview of the cards. We already covered that for the GTX 1660 in our review, and as for the PowerColor card, you can find most of that information on the company’s website.

For overclocking the GTX 1660 Ti we used the same settings we did in our reviews which are a 135MHz increase in Core Clock and a 1000MHz increase in Memory Clock.

For the RX Vega 56 we actually went slightly below what we knew we could reach (1700MHz) with the card as we wanted to get closer to what we felt a less premium model might achieve. For this, we managed an increase on the Core Clock to 1662 for the peak boost, and 925MHz for the peak Memory Clock.

(note the results are displayed using MSI Afterburner, but Radeon WattMan was used to achieve them).

Starting with power draw, we see that the GTX 1660 Ti consumes roughly 46% less power with both cards at stock. Overclocking both cards yields similar results as the gap increases to just 48% in favor of the GTX 1660 Ti.

Cooling performance is actually a bit of a surprise, the RX Vega 56 actually runs relatively cool, with a difference of just 1-degree at stock. Overclocking again yields similar results as the difference between both cards is just 4-degrees in favor of the GTX 1660 Ti.

It’s worth noting that the Red Devil RX Vega 56 we tested here is a bit of a gem, with a massively overbuilt cooling system. So, you should expect cheaper models to run a bit warmer than this.

In Assassin’s Creed, the Radeon card leads by 3% with both cards at stock. Once overclocked, the GTX 1660 Ti actually takes the lead by 3% itself.

At stock settings, the RX Vega 56 leads by a massive 24% on average. Once overclocked, the numbers are pushed even further away at 33% in favor of the Vega 56.

Far Cry gives us another interesting result, as the RX Vega 56 leads by 5% with both cards at stock. However, once overclocked the GTX 1660 Ti does take the lead back but only by 1%.

The RX Vega 56 leads by a healthy 16% margin in Forza Horizon 4 at stock. Overclocking both cards does give us the ame 16% margin, so performance increases at roughly the same rate here.

HITMAN 2 delivers another massive lead for the RX Vega 56 as it performs 21% faster at stock when compared ot the GTX 1660 Ti. Overclocking both cards increases that that to 30% on average.

Update: original chart featured performance for the Vega 56 that was inaccurate due to a configuration error. This has been corrected and the results displayed above have been verified.

Resident Evil 2 once again has the Vega 56 winning with a lead of 22% on average. Overclocking both cards gives us the same 22% margin between them.

Battlefield V delivers yet another win for the Vega, this time it leads by 32% with both cards at stock. Once overclocked, the gap is narrowed to just 24%.

The RX Vega 56 leads by a huge 23% in the Division 2, with that lead increasing even further to 34% as the GTX 1660 Ti would not run the title while overclocked.

Gears of War 4 has the RX Vega 56 leading by 18% at stock. Once overclocked, the lead grows to 32% as the GTX 1660 Ti actually performs roughly the same at stock and while overclocked.

The RX Vega 56 leads by 22% on average in Wolfenstein II. Once overclocked, the gap shrinks to 17% in favor of the Vega.

Finally, we have World War Z and in this title the Vega card is leaps and bounds faster with an average lead of 48% at stock. Once overclocked, the gap shrinks to 43%, but that’s not much of a difference.

So, after testing 11 games at 1440p, we should have a decent idea as to which of these cards is the better buy. That said, I know how much you all like performance charts, so here’s the final summary for this report:

Now, of course performance isn’t everything, and which card you should buy ultimately will come down to value. That said, at the time of writing there are multiple Vega 56 models available at the $299 price point including PowerColor’s slightly more tame Red Dragon, and the Saphire Pulse. Meanwhile, single-fan GTX 1660 Ti models such as EVGA’s XC Black Gaming will go for as low as $269, with more premium models such as the GIGABYTE card in this report priced at or around $299. So, it’s safe to say that at best, the GTX 1660 Ti is 10% cheaper, and at worse it’s priced equally to the Vega 56. Although, availability may be more scarce for the Vega.

With all that in mind, we’d say the Vega 56 is probably the clear winner here today. Despite the fact that the GTX 1660 Ti does draw nearly 50% less power, we don’t really see that as a problem for most users, unless you’re looking to build in a smaller case or your energy-costs are through the roof. Ultimately, the Vega 56 is a clear better value and better overall performer, but whether or not those pros outweigh the cons of higher power draw are up to you