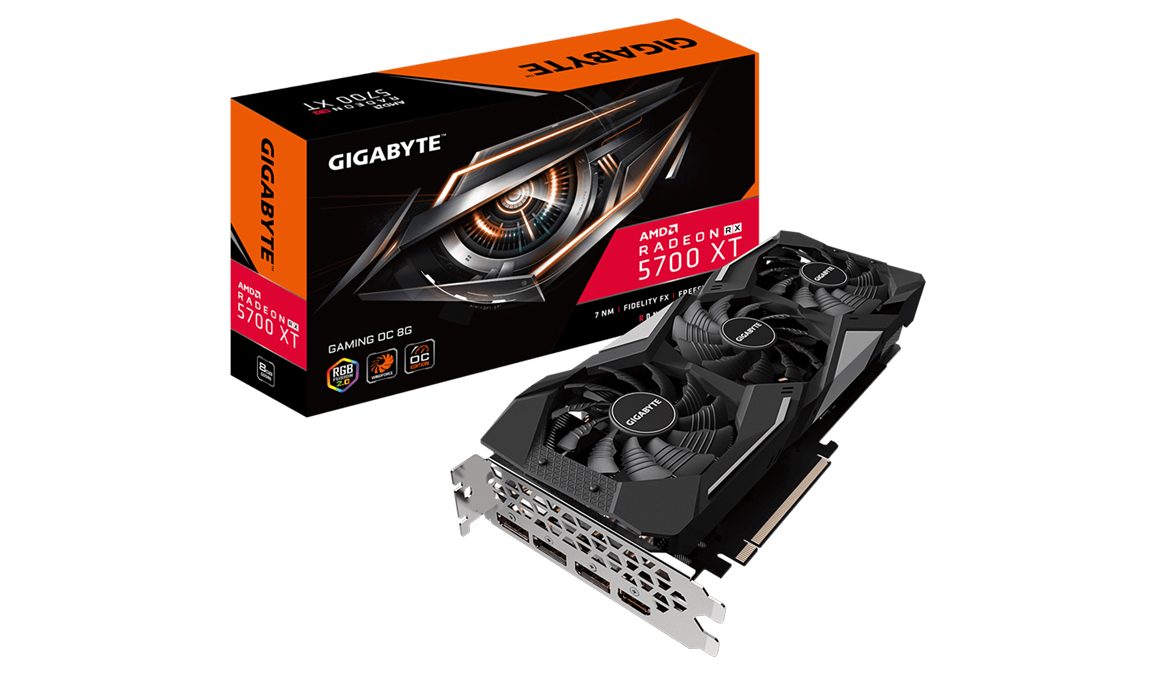 GIGABYTE has finally unveiled their first lineup of custom RX 5700 series graphics cards, which are paired with the company’s well-known WINDFORCE 3X cooling system. There’s two models in total, based on each of the Navi 10 GPUs.

Like the GIGABYTE GTX 1660 Ti Gaming OC we reviewed a few months ago, the RX 5700 XT and RX 5700 Gaming OC are based on the WINDFORCE 3X cooling system, which as the name suggests, features three 80mm fans. This is combined with a large heatsink array with 5 copper heat pipes connecting the three individual heatsinks which each cool the GPU, VRM, MOSFETs and memory. This should be a significant upgrade in cooling when compared to the reference blower-style design.

Along with that, we have a mostly black and gray shroud design which is paired with a metal backplate. The card’s also feature an RGB illuminated GIGABYTE logo on the side of the shroud which can be controlled via GIGABYTE’s RGB Fusion software.

Those are fairly significant upgrades from each GPUs reference clock speeds, and are no doubt attributed to the increased cooling potential of the WINDFORCE 3X cooling system.

No word on specific pricing or availability as of yet. The cards also listed on Amazon, but are currently listed as out of stock.