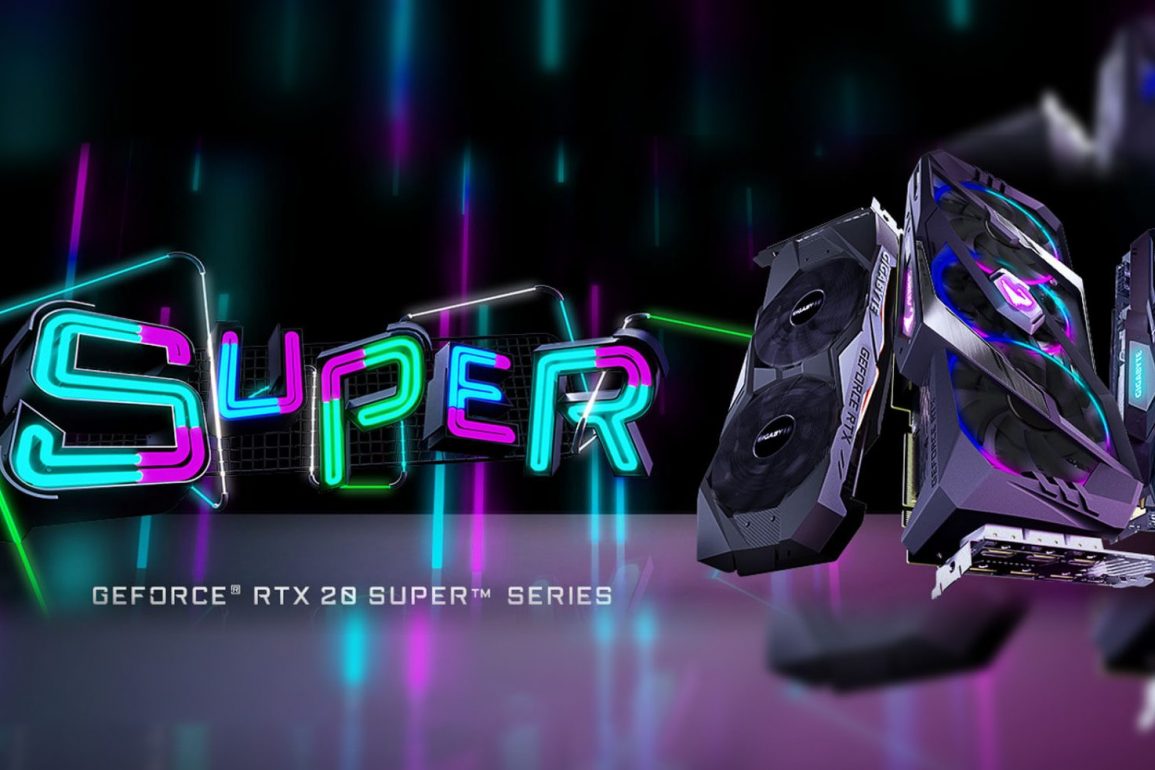 Following the announcement from NVIDIA, one of it’s biggest partners, GIGABYTE has already unveiled its own custom lineup of graphics cards featuring the newly refreshed RTX SUPER-series GPUs. The company has said it plans to launch with at least six different RTX 20 SUPER series graphics cards, all featuring triple-fan coolers.

This lineup, will feature the company’s premium styling, complete with the three-ring RGB LED lighting effects around the fan blades. It also features the WINDFORCE 3x 100mm Stack Fan, which reduces the length of the card compared to other triple-fan solutions, and generates more wind pressure. It will also offer 7-total video outputs including 3x HDMI, 3x DisplayPorts and a single USB-C.

This lineup one again offers triple-fan cooling solutions, but this time in the more traditional styling, without so much RGB (the GIGABYTE logo on the side of the shroud does feature RGB illumination). Like the AORUS lineup, these cards also offer GIGABYTE’s patented “alternative spinning” fan technology, which allows the center-fan to spin in an alternate direction than the others, in order to reduce wind turbulence.

The company hasn’t announced specific pricing for any of these models yet, but expect the GAMING OC to be closer to NVIDIA’s MSRP, while the AORUS lineup will surely go for a premium. The company also mentioned plans to release SUPER cards with water-cooled designs, and in the GAMING OC WHITE series, as well as the TURBO, and WINDFORCE OC series, which will include triple and dual-fan designs. Those are all mentioned as “coming soon” so, stay tuned for more from GIGABYTE.