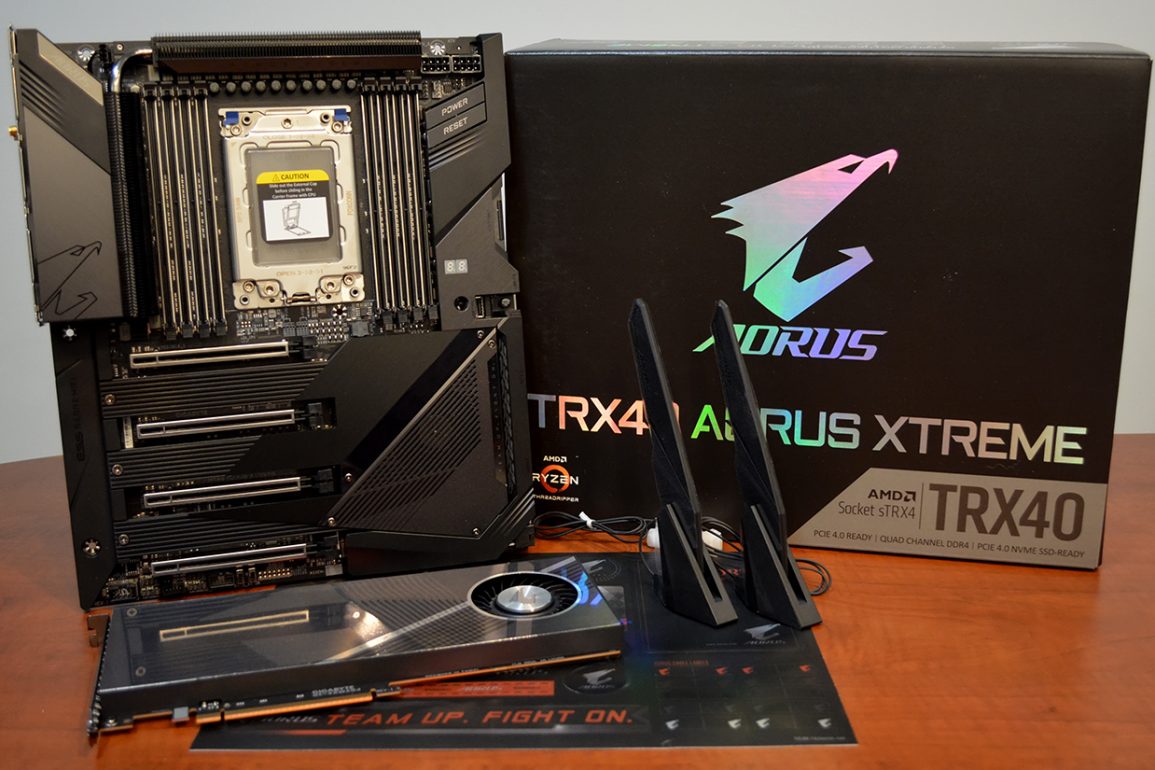 AMD just launched their 3rd Gen Threadripper HEDT CPUs, giving us the 24-core 3960X, 32-core 3970X, and a sneak peak at the 64-core 3990X (with the obvious hole in their line-up for a potential 48-core 3980X). Threadripper is entering a whole new market landscape; one where AMD’s desktop CPUs, such as the 3900X and new 16-core 3950X already tie or out-perform even Intel’s just-launched 10th Gen HEDT CPUs. Threadripper 3000 ends up being in a class all its own, rivaled only by W-series Intel CPUs that cost twice as much and yet still only perform two-thirds as well.

Motherboard manufacturers have been approaching these Threadrippers with the best of the best, producing the most premium, feature-rich motherboards we’ve seen to-date. These CPUs are targeting a specific audience: professional content creators, and these motherboards step up to the challenge and provide platforms extremely packed with everything one would need to have a 24/7 workhorse of a machine.

GIGABYTE has released four motherboards for the TRX40 platform, which we briefly overviewed in our announcement article, and today we have in our lab the flagship GIGABYTE TRX40 AORUS XTREME, which is in my opinion the most featureful, and dare I say most elegant, motherboard of the bunch.

GIGABYTE takes their X570 AORUS XTREME design up a notch with a shroud adjustment and edge lighting that looks like a nice polished iteration with a subtlty that I can appreciate. If you’ve seen the X570 AORUS XTREME, you’ll see a lot of similar features here.

Let’s start with what all the motherboard brings to the table, and then we can examine the big parts individually (it’s a long list):