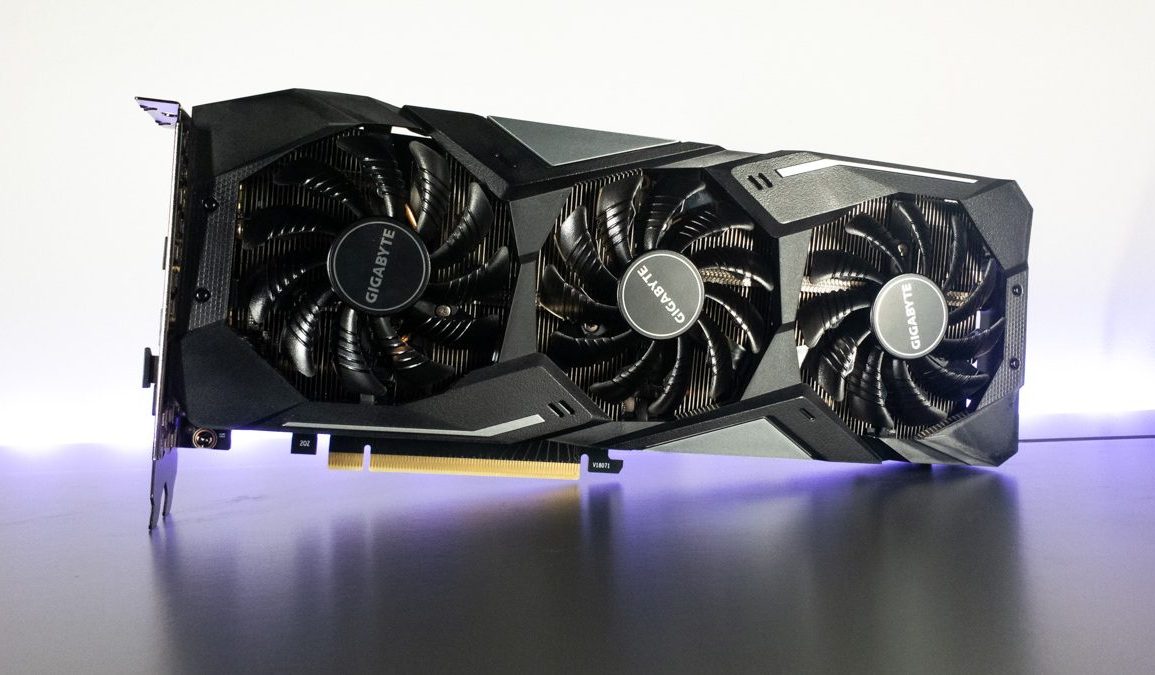 Its been a very long time since there’s been heated competition in the ~$400 graphics card market. But, thanks to AMD’s RX 5700 series, and NVIDIA’s RTX SUPER lineup, we have a real brawl on our hands. continuing our coverage of this street fight; we have the GIGABYTE GeForce RTX 2060 SUPER GAMING OC in the labs, and we’ll be putting it through its paces in this report.

Lets see how it stacks up against the competition!

As we can see above, the GIGABYTE RTX 2060 SUPER GAMING OC comes with a factory overclock of 1815 MHz on the Boost Clock; which is a roughly 13% increase compared to stock. That’s a pretty healthy increase for a factory overclock and the $20 premium over MSRP is only a 5% increase in price, so you do get quite a bit for your money here.

Taking a look at the card itself, we can see that the it features the very same shroud design as the GTX 1660 Ti GAMING OC, which reviewed a few months ago. So, if you want to learn more about the cooling system design, we encourage you to take a look over there for more details.

However, one very welcomed improvement compared to that card is the upgrade of the backplate, which has been changed from plastic to metal. This is definitely a must, especially for a card in this price range.

The card measures just over 280mm (11-inches) long, and features a true dual-slot design. It is powered by both a set of 8-pin and 6-pin PCIe connectors. Around back, we have 3x DisplayPort 1.4 ports, a single HDMI 2.0b and a single USB Type-C VirtualLink connector, which is a very welcomed addition since not all RTX 2060 SUPER cards will feature this port.

Using MSI Afterburner, we were able to overclock the GIGABYTE RTX 2060 SUPER Gaming OC a fair bit. With an increase to the Core Clock of 115 MHz; which brings our ‘total’ up to 1930 MHz, however, we did observe steady boost clocks as high as 2040 MHz while gaming, and peak boosts up to 2060 MHz. We also increased our memory offset by 500MHz, which brings our total memory speed up to 15 Gbps. Not bad at all.

We test this title during a 60-second gameplay segment on the ‘Riverside’ level of the campaign.

Taking a look at DXR performance, we can see that at 1440p, the RTX 2060 SUPER does struggle to deliver 60 FPS at Ultra quality settings. You’ll definitely need to turn down the settings, or play at 1080p if you want smooth gameplay with ray-tracing enabled.

Let me start by addressing the elephant in the room; no these results were not taken with NVIDIA’s latest 436.02 drivers which were showcased at Gamescom; unfortunately, I did not have time to update the results for the RTX 2060 SUPER with these drivers. That said, rest assured that I will be following up this report with another which will be investigating the performance claims of the new drivers.

Now that we’ve got that cleared up, let’s take a look at the performance summary of the RTX 2060 SUPER versus the RX 5700 XT.

Taking a look at the above results, we can see that the RX 5700 XT enjoys a 7.5% lead in our tests on average. This is thanks to some serious leads in Forza Horizon 4 and Battlefield V, which along with World War Z are a few of the titles that NVIDIA promises significant performance gains in with the latest drivers. If we assume their claims are correct, one should expect performance disparities to drop to within 10% in those titles, which would significantly help the RTX 2060 SUPER compete with the RX 5700 XT.

While performance between these two cards are close, we still lean towards the RX 5700 XT, if you’re looking for the best possible 1440p gaming experience, but if you really want what NVIDIA has to offer in terms of ray tracing, and other features, then the RTX 2060 SUPER isn’t a bad option. It just isn’t the best, in my opinion. Perhaps the tables will turn with the latest drivers, but we’ll have to see.

Now, as for the GIGABYTE GeForce RTX 2060 Super Gaming OC, I think it is a fairly wonderful graphics card, it isn’t the cheapest RTX 2060 SUPER, but at a $20 premium over MSRP, it isn’t the most expensive either, and for that extra money you do get solid cooling and fairly decent overclocking, not to mention a pretty good out of the box overclock.

So, if you’re in the market for a 2060 SUPER, we have no issue at all recommending the GIGABYTE GeForce RTX 2060 SUPER Gaming OC.