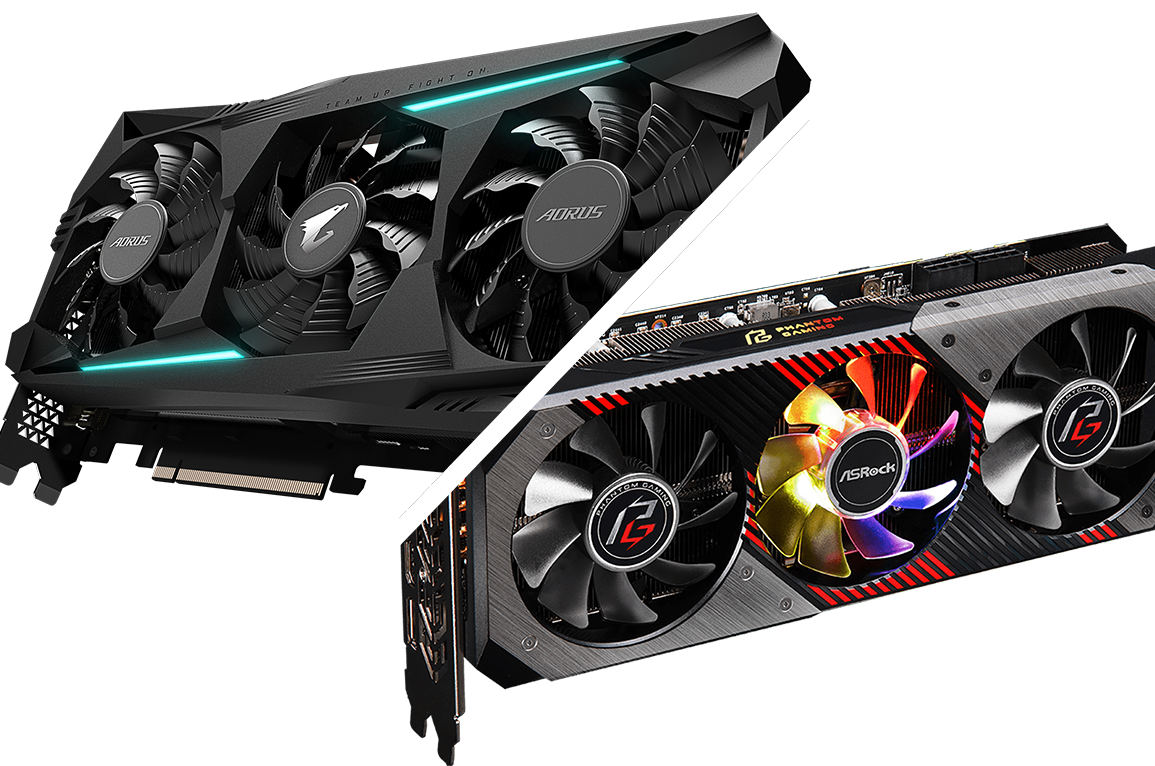 It’s been four months since the Radeon 5700-series GPUs, with many custom add-in-boards released shortly after launch, however we’re not done with new AIBs being announced.

u/GBT_Brian, community manager, and u/GBT_Matthew, another Gigabyte employee, dropped some great teasers on reddit and happily replied to community questions, dishing out some extra details ahead of official announcement. Up to this point, the Windforce 3X-design 5700 XT Gaming OC had been the top 5700 XT card from Gigabyte and many were anticipating the inevitable AORUS flagship.

The card will be about 2.5 slots wide, as seems to be traditional with the AORUS flagship cards. Dimensions of the card will be L=290mm, W=123mm, H=58mm (11.42″x4.84″x2.3″). It features a metal backplate and will have 3xHDMI and 3xDP ports, however there was no clarification if they were full-sized DisplayPort ports or mini DP. There’s also a BIOS switch visible on the backplate image.

These cards are already in production and we’re told to expect these to be available in the next 3-4 weeks. MSRP is To-Be-Determined, but don’t expect these to be cheap as GBT_Matthew said these will be clocked higher than the Gaming OC (obviously), which is already at a base clock of 1650 MHz, game clock of 1795 MHz, and boost clock of up to 1905 MHz.

ASRock announced their Phantom Gaming-branded 5700 and 5700 XT GPU, flanked on the upper end only by their 5700 XT Taichi X and lower end Challenger and reference cards. The 5700 Phantom Gaming D is the top end design for the 5700 non-XT. Here’s a breakdown comparison of the two cards:

The card is a wide 2.7-slot design, featuring fan-stop on the cooling, and a triple fan design that has Polychrome SYNC RGB. The aesthetics are a nice upgrade from ASRock’s other Phantom Gaming cards, even featuring a metal backplate to support the card in-slot. They even managed to squeeze full-sized 3xDP and 1xHDMI ports on the card.

No word on MSRP yet, but it should come in slightly higher than the Challenger D cards, and below the 5700 XT Taichi X.