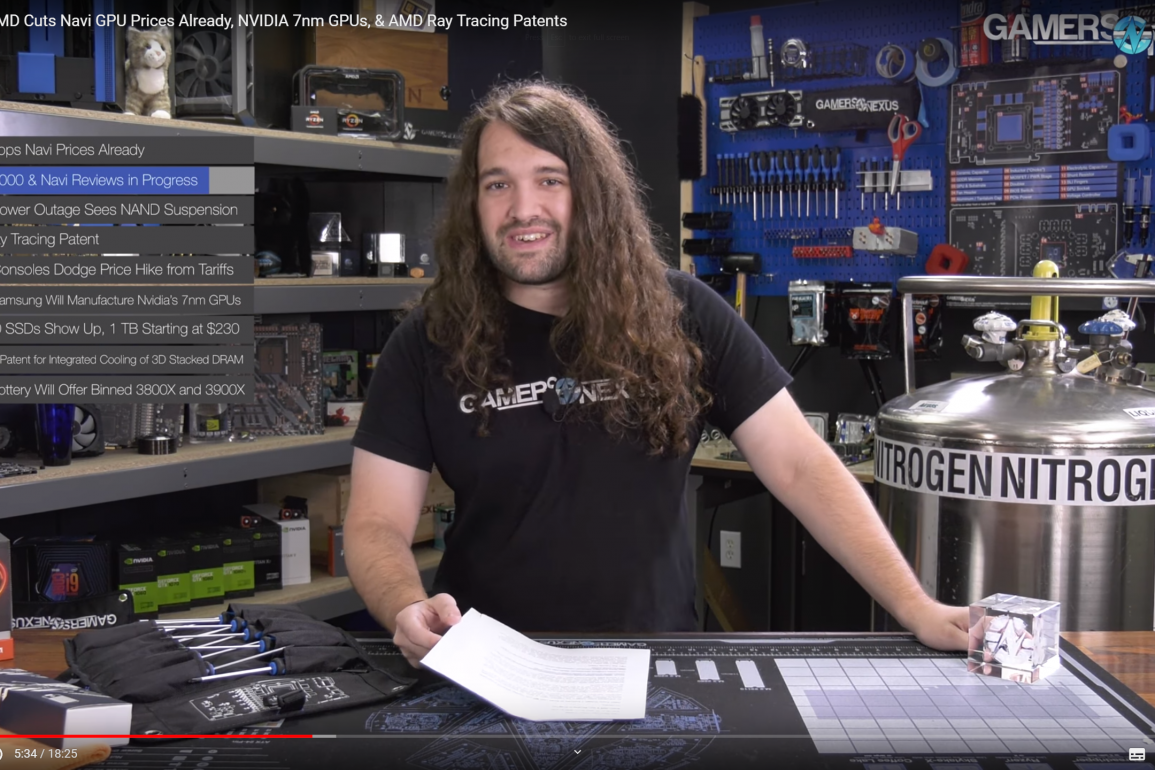 Earlier this month, an anonymous post on the subreddit PCMasterRace alleged that Nvidia was pressuring PC focused YouTube channels into putting Nvidia products in a more positive light and AMD products in a more negative light than what we would normally see. Very few publications, ours included, picked up this story because the allegations are largely unproven (even the post itself makes no attempt at proof), and although this might sound like something Nvidia could and would do, that’s simply not enough for it to be a rumor we should care about.

One of the more venerable PC publications, TechPowerUp, seems to have not understood this or didn’t wonder why almost nobody was talking about this anonymous post, so a writer there made an article about it. Originally (as the article has been updated quite thoroughly by now), the article talked about this rumor almost as if it accepted it at face value and actually had a still shot of a GamersNexus video to point out what the rumor was referring to as “product placement.” Except what TechPowerUp cited as “product placement” was actually just a group of GTX and RTX boxes on a shelf which also featured several AMD products.

In a somewhat satirical response, Steve of GamersNexus absolutely denied the allegations in the anonymous post and in the article. Steve explained that the shelf in the background was basically for stuff he didn’t know what to do with: boxes (AMD and Nvidia and Intel boxes), a Nintendo Switch charger, a Vega Frontier Edition GPU, and some other stuff that might even be considered junk. In his video, he also showed that there was about as much Nvidia stuff on that shelf as AMD stuff; a key difference was most of the AMD products were GPUs, PCBs, and naked chips spread over the shelf while almost all of the Nvidia products were just boxes.

Linus and Luke of LinusTechTips also took a look at the rumor on their weekly WAN Show and did not take the allegations seriously. It’s not hard to see why Linus thought so little of the rumor when almost every single one of his Nvidia GPU reviews since the RTX 20 series launched have been rather negative. Linus also called several YouTubers as part of a joke and confirmed with them that they were not receiving monetary compensation for putting boxes in the background of their videos.

Back to TechPowerUp; the publication redacted much of their article the night it went live (GamersNexus and LinusTechTips responded afterwards, actually) and they apologized for the serious error they had made in accusing Steve of being part of this alleged practice.

Jim actually talked about this rumor in his recent video (before this brief dramatic episode happened), and although he acknowledged that it certainly looked like something Nvidia might do, he felt that if there was good proof behind this rumor that the original poster would have approached him with it. Ultimately, even though Nvidia has certainly done shady things and has a history of it, if there’s no proof, there’s no reason to believe in any sort of rumor.

For what it’s worth, nobody at AdoredTV (Jim and us writers and reviewers included) have any reason to believe that the allegations are actually true. We always advise that readers take rumors (including our own) with a grain of salt and to not take things at face value. Yes, Nvidia is no stranger to shady operations, but proof is absolutely necessary to accuse dozens of reviewers and journalists of taking money to make secret product placements. This isn’t the first time such an accusation has been made without proof, and it probably won’t be the last either.