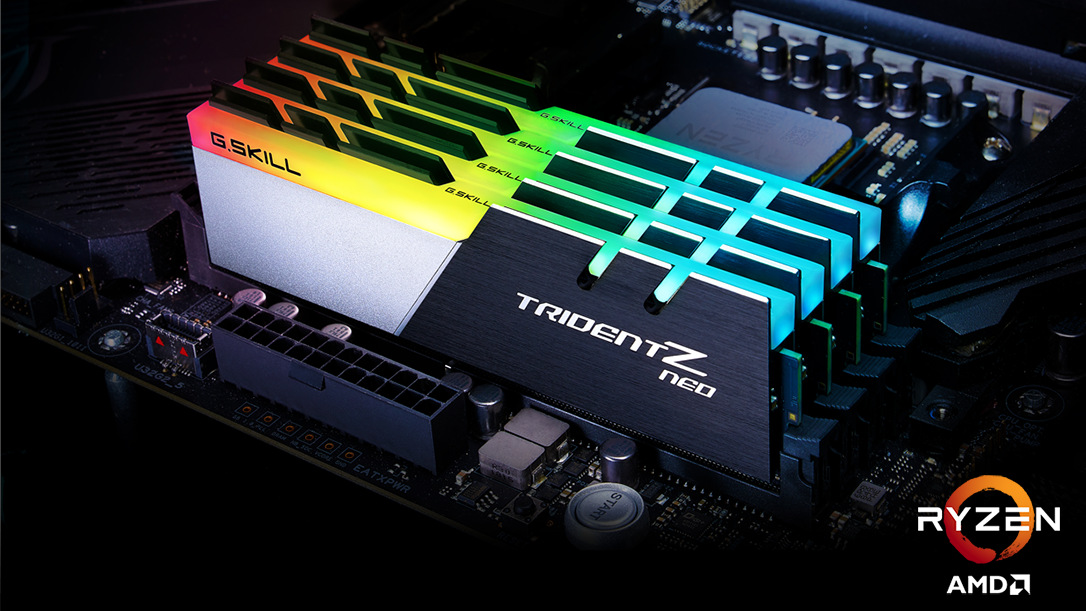 G.Skill is probably the go to brand for enthusiasts looking for high end memory on a Ryzen-based system, and yet again G.Skill has released another kit of DDR4 memory tuned specifically for Ryzen Processors and motherboards.

The kit is the latest addition to the company’s new Trident Z Neo, which serves as a refeesh to the Trident Z RGB series. Set at 3800MHz CL14 which they say will still maintain the optimal ratio of 1:1 on the Infinity Fabric. For the unaware, everything past a certain speed will halve the speed of the Infinity Fabric, G.Skill has said the R&D team has tried to push performance boundaries as far as possible with this kit.

In addition to the 3800 CL16 kit, the company also has an entire lineup of Trident Z Neo memory kits, some of which are also tuned specifically for Ryzen 3000 processors.