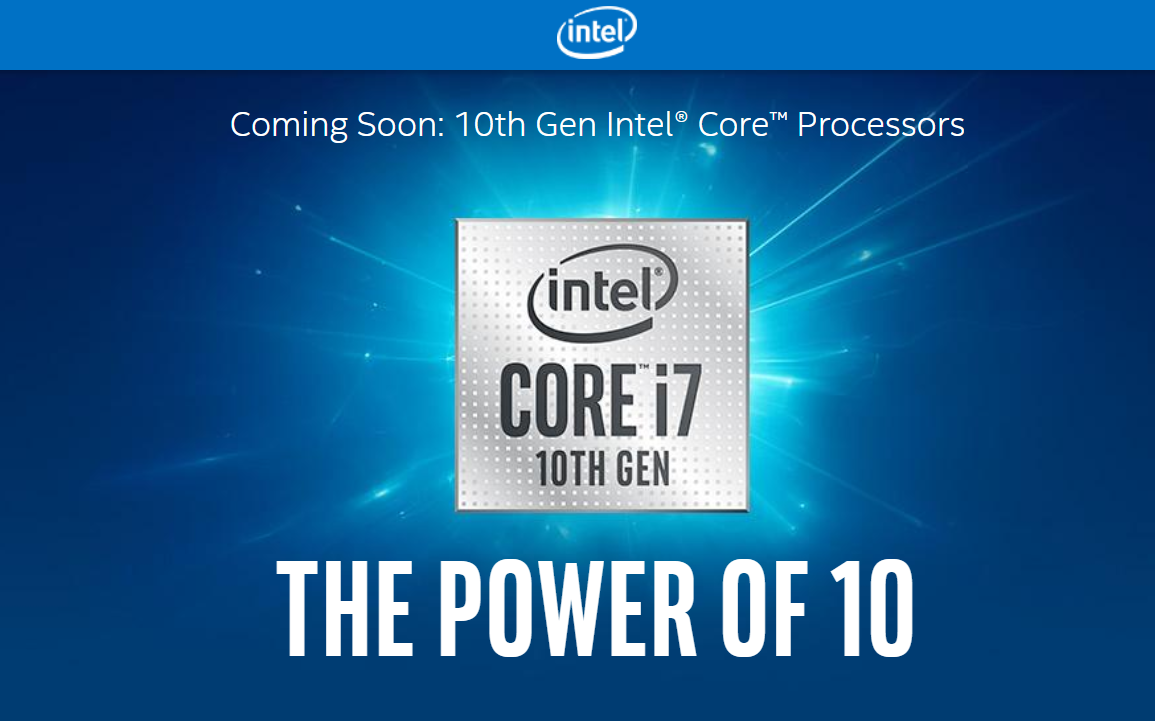 While many of the things in this slide look sensible, even predictably, iteratively accurate, there’s many parts that are poorly reasoned or just plain overlooked.

First, in the top-right corner of the original 9th-gen slide, there is the same, odd “NEW SKU’s” box, complete with a apostrophe that was likely in error on the real slide, but now duplicated on this “leaked” slide. I’m all for reusing old slide decks, but they don’t tend to repeat backgrounds, let alone lineup slides this closely. The background in the slide is quite obviously from the 9th Gen desktop slide deck. Intel’s properly used “SKUs” in their recent 10th Gen annoucement, so the apostrophe is obviously just a typo on the 9th Gen slide and shows up on the “leaked” slide due to using it to forge the new slide.

Next, The entire processor table is solid (has no transparent background), so it is easily placed on top of an already-occupied slide, such as the one to the right. This is likely the very slide that was used as the background for the fabricated “10th Gen” slide.

Another striking oddity is in the columns themselves. An entirely new column is “Code Name.” This hasn’t shown up on a lineup slide previously, and curiously it’s also “Products formerly Comet Lake” rather than simply “Comet Lake.” The Turbo Boost columns differentiate between single core and all core turbo frequencies; something Intel has tried to obfuscate in the past, so much so that they still only list “Processor Base Frequency” and “Max Turbo Frequency” for their CPUs on their official Product Specifications website Intel Ark, obviously neglecting to divulge the all core turbo maximum frequency. But that’s marketing; and that’s the point. These slides are marketing slides and Intel has tried to put its best foot forward, detailing the obviously higher value of the single core turbo frequency. The Lithography column is also new, blatantly pointing out that these desktop SKUs are still on their 14nm process node, a fact that would be stated elsewhere, not proudly and even memefully as “14+++ nm” in the slide. Intel also refers to their node as “14nm++” not “14++ nm” as well. The now-expected columns of “Unlocked” (for K-series multiplier-unlocked CPUs) as well as “Intel® Optane™ Memory Support” are notably missing. The “Socket Support” column refers to a supposedly new FCLGA1159 socket, which is in the same general pin-count as the current LGA1151 socket. However, the LGA1159 seems to harken back to the H67 chipset era of LGA 1155, for which an Intel BLKDH67CLB3 motherboard on Amazon.fr was perhaps mistakenly labeled as LGA1159, or maybe used by an obscure BGA socket for which this BGA1159 custom socket adapter test jig was used for.

As a note on the RCP Pricing, the dollar amounts are listed with the dollar symbol listed after the dollar amount. This is virtually unheard of in the United States, but is somewhat common to Europe or, notably, Asian countries where this slide what purportedly “leaked” from, lending credence to it being fabricated by someone of a culture that would put their monetary sign after the value, rather than before. Intel has, in the past, also used their dollar signs correctly (see image).

Finally, for the probably partially accurate, but also most unlikely in its current details, bit of the whole lineup: the core count, frequency, and thermal design power (TDP) of the CPUs. It’s likely accurate in that Intel will target the usual 65W, 95W, and 105W ranges and force the clock frequencies down to do so. We see across the lineup a calculated reduction in base clock speed to hit target TDPs. One could look at the current Core i9-9900 CPU with 8 cores, 16 threads at 3.1GHz base, 5.0GHz max turbo, and 65W TDP and translate it directly to a “Core i7-10700” with 8 cores, 16 threads at 3.1GHz base, 4.9GHz max turbo, and 65W TDP with the same 16MB cache. However, why drop the max turbo unnecessarily unless this was to be a poorer-binned chip on a “better” process node? Base clocks were reigned in for the 10 core SKUs and the iGPU removed in order to squeeze two extra cores into the target TDP. This would be an obvious, if out of the ordinary, move for Intel, as even the Core i9-9900K still comes complete with an iGPU, only recently making iGPU-less “F” versions to reduce price. The sole 105W SKU is suspect as well, considering multiple writers with sources in the industry have been told there would be 35W/65W/80-95W/125W SKUs, not the odd 62W, 91W, and 105W entries we see in the chart.

I would love to see Intel bring some extra fight back into the market with a lineup similar to this conjured list. We also know from Intel’s (actually leaked) roadmap that Comet Lake will contain a 10 core SKU, so there’s no surprise there. A 10 core top-end may be all Intel can affordably muster for mass consumption while still being saddled with their aging 14nm process node. However, their 10nm node has been having a rough time producing any chips of the quantity and quality to be used for desktops, currently only churning out low-volume, low-clocked, ultraportable SKUs in the sub-35W category. If their 10nm matures in time for desktop SKUs in early 2022 (as even Rocket Lake in Q2 2021 is roadmapped to be 14nm), we should expect a slight max frequency reduction, as AMD’s Forrest Norrod’s slides from the Rice Oil & Gas HPC Conference show (see image).

Update 7/12/19: A day after the release of this article, an anonymous reader wrote a letter to XFastest with slides confirming (but with yet another leak, so still take with a grain of salt!) our assumptions that LGA1159 was incorrect, but that LGA1200 would be the actual socket used for Comet Lake-S. The “Key Features” section highlights Intel Optane support (as suggested they’d want to tout) was listed, as well as support for integrated the Wireless-AX (WiFi 6) standard, which was an also-expected, but new bit of info. In addition, importantly, it confirms that the Enthusiast class CPUs run up to 125W, not the max 105W that the allegedly leaked slide highlights. This continues to make the original “leaked” slide even more unlikely to hold true. However, I’m still willing to grant that some of the actual information on chip frequencies and TDP amounts may pan out to be true, if for no other reason, their iterative and utterly predictable numbers.