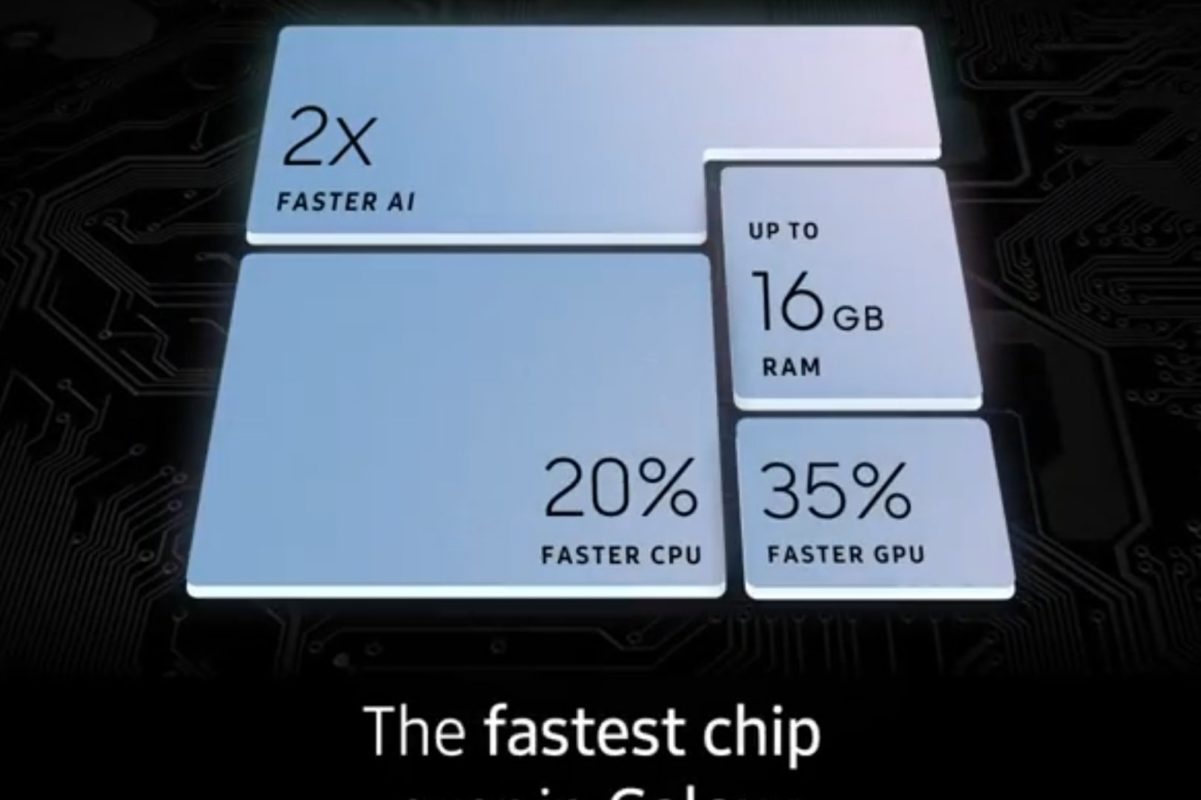 Mobile leaker Anthony recently leaked a screenshot from what looks to be an image out of Samsung’s marketing materials for a Galaxy device. This could very well be the Exynos 2200.

If we take the Exynos 2100 as a baseline, the numbers would indicate that the high-performance core in this chip could clock above 3GHz, assuming the 20% faster CPU is an increase is 100% frequency this could reach 3.48 GHz, which would make it one of the highest clocked ARM cores in a smartphone.

This core is likely based on Armv9 architecture and using the Cortex-X2 core. It is interesting as ARM has claimed a 16% better performance, which means that Samsung could have made under the hood changes to squeeze more performance out of the core.

It is very likely to be using a 1+3+4 configuration the same as the previous generation Exynos 2100.

The 16GB RAM mentioned could be the LPDDR5 RAM which, according to Samsung’s semiconductor page, can reach up to 6400 Mbps speeds at a throughput of 51.2 GB/s.

Although the amount of RAM is ridiculously high, it could benefit features such as Samsung Dex, utilizing the extra RAM.

The GPU is where most users should be excited as Samsung uses AMD’s RDNA 2 graphics architecture which we covered here. But it looks like it might be coming at a more conservative performance level of 35%.

The AI performance would indicate a jump to 52TOPS from 26 TOPS found on the Exynos 2100.

Lastly, the chip seems to be made on the 5nm node rather than Samsung’s newest 4nm process technology. This could be a highly refined 5nm process that is close to 4nm. It could also be possible that these are separate nodes and that Samsung foundry as prioritized one of its other clients on the node, which is most likely Qualcomm.

We should expect to see devices running the Exynos 2200 soon.