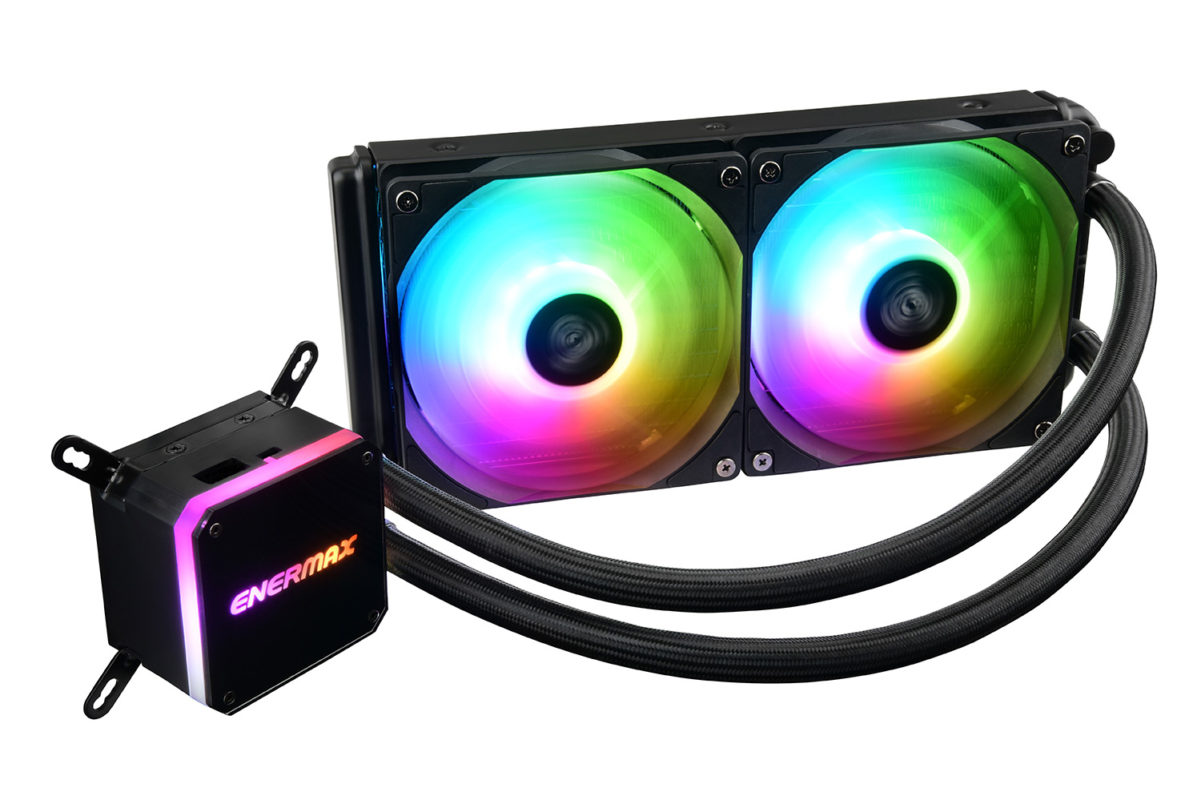 Today we’ll be looking at Enermax’s LIQMAX III, a budget 240mm liquid cooler that retails for $79.99 USD. Can this cooler keep up with the king of air coolers, Noctua’s NH-D15? Read on to find out.

The LIQMAX III comes in a medium sized box, with molded cardboard for protection.

Included with the package are the water pump + radiator, 2x 120mm fans, thermal paste, and mounting hardware for both Intel and AMD systems.

The installation of the LIQMAX III is probably the only thing I didn’t like about this cooler. The legs of the backplate are secured via washers, meaning they can wobble a bit while installing the cooler. On the flipside this allows Enermax to use one backplate for all platforms, from AMD’s FM1 to Intel’s LGA 2066, and reduces cost.

I use Noctua’s NT-H1 thermal paste for all cooler testing, to eliminate any variances that could be caused by using different pastes.

For Cinebench and AIDA64, I ran each test for 10 minutes – but removed the first 2 minutes of temperature data to account for the warm up period (testing for longer periods did not produce any differences). For games, I used a scripted benchmark and averaged the results of 3x runs. I tested each cooler with no power limits and with an enforced 105w TDP (to simulate a less power hungry CPU), using the “full speed” profile available from my motherboard’s BIOS settings.

The first tests were done with a TDP enforced at a 105w limit, to emulate mainstream CPUs. In all of these tests, both coolers were more than capable of handling the heat.

While TDP limited testing is interesting, most DIY users with high end CPUs – especially those considering liquid coolers- will be running without power limits.

In AIDA64 both coolers ran a little warm – 80 & 79c in a 24c ambient environment – but well within acceptable limits.

Gaming is a much less demanding load than AIDA or Cinebench, as such both coolers performed well in these tests.

I purchased a Decibel Meter to more accurately report acoustic information, but I found it difficult to take consistent measurements with it – and I’ve found that decibel measurements can be somewhat deceptive as other factors such as pitch can effect perceived noise levels.

So instead of using the Decibel Meter, I’ve taken audio recordings of the fans during stress tests and analyzed them with Orban Loudness Meter. The LIQMAX III was slightly louder than the NH-D15, with -44.7 LKFS, but had a lower pitch. The Noctua NH-D15 was slightly quieter with -45.3 LKFS, but had a higher pitch.

When I started testing I didn’t think that the LIQMAX III would be able to keep up with Noctua’s NH-D15 – and I am glad to be wrong. Both of these coolers perform excellently and are of the same overall performance class.

The advantages of the LIQMAX III are that it is $30 cheaper than Noctua’s NH-D15, and can be installed in a wider variety of cases – you won’t be able to fit a NH-D15 into a SFF case because it’s too large. Considering it’s great performance at a lower price point, the LIQMAX III recieves my full recommendation and our Gold Award.