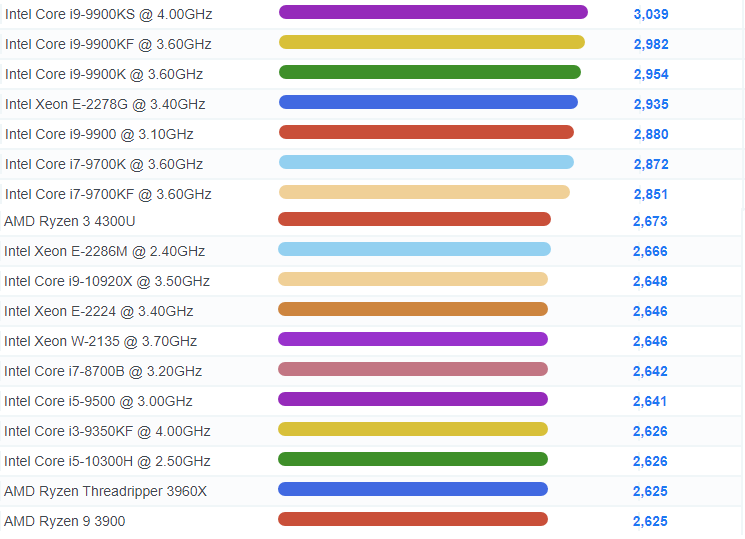 Do Not Freak Out About Passmark Changing Its CPU Ranking

Last night, I noticed something brewing with Passmark’s CPU ranking system, specifically in regards to the single threaded performance. Earlier this month, AMD was supreme and was way in the lead of Intel’s CPUs, but recently this has been somewhat reversed, with Intel CPUs now noticeably ahead of AMD by about 10-15%, depending on the CPU. I had a strong feeling this would be compared to what Userbenchmark did and decided to preemptively investigate. I had an exchange with Passmark and here’s what happened:

I emailed their public address and one of the Passmark team members got in touch soon thereafter. He explained that the recent update to the Passmark benchmark was the reason for the big shift in CPU performance and hierarchy. I’ll just directly quote what I was told.

There are three main issues people have been asking us about.

1) Why were the initial single threaded scores so high in the first day after the PT10 release? 3x times higher than before.

This issue disappeared now, as we decided to scale the scores down.

This is due to different algorithms. See the post I linked to. It isn’t a sampling issue.

For context, AMD was destroying Intel in the results before, and I’m not downplaying that. It seems their multi-core results haven’t been updated yet, and you can see the 3900X beating the 10980XE, which we don’t see that happening in reviews at all. It’s one thing for a 16-core CPU to beat an 18-core CPU, it’s another for a 12-core CPU to beat that 18-core CPU.

Passmark compiled the shift in results here and you can see which CPUs benefited from the update and which ones didn’t. While Ryzen 3000 CPUs dropped quite a bit (around -15%), older Ryzen 1000 and 2000 CPUs actually gained quite a bit of performance. All of the 9900K variants, by contrast gained 3% or less in performance. So it’s not discriminatory against AMD, it’s just a correction to a test that seriously overestimated Zen 2. Perhaps it is an overcorrection, but it is a correction nonetheless.

So, no, this isn’t another Userbenchmark situation. Not unless Passmark starts calling people trolls or something, which they haven’t. In fact, the response they gave me was both quick and pleasant. I do think that their current system now underestimates Ryzen 3000 a little, but that’s better than them overestimating Ryzen 3000 by far too much.